Schalke 04 midfielder Max Meyer has revealed he wasn’t injured for the club’s match with Borussia Monchengladbach this weekend, despite being listed as unavailable.

The 22-year-old is to leave this summer when his contract expires as confirmed earlier this week, and it would appear the relationship between player and club is threatening to turn sour in the final stages. 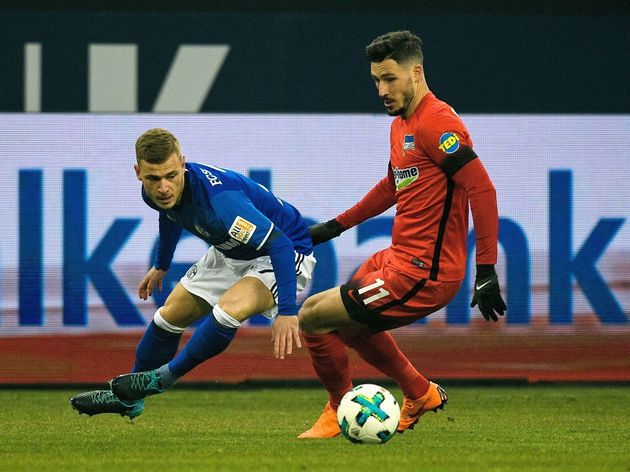 As reported by kicker, before the game with ‘Gladbach, Schalke claimed that Meyer would miss the game due to a foot injury. Awkwardly however, Meyer has since come out and said he was fit for the game.

Manager Domenico Tedesco had said, as quoted by Inside Futbol: “Max stopped training on Wednesday with a foot injury. He seems to be doing better now.”

But the youngster, who is one of Europe’s most coveted players for his age bracket, told reporters after the game: “I can only say that I was not injured.”

So far, Meyer has made 24 appearances for Schalke this term, but it’s looking unlikely he will feature too much between now and the end of the season.

The midfielder, who broke through to the first team in 2013, has been linked with moves to Juventus, Arsenal and Bayern Munich by the media, and whoever signs him will undoubtedly be getting a top talent.