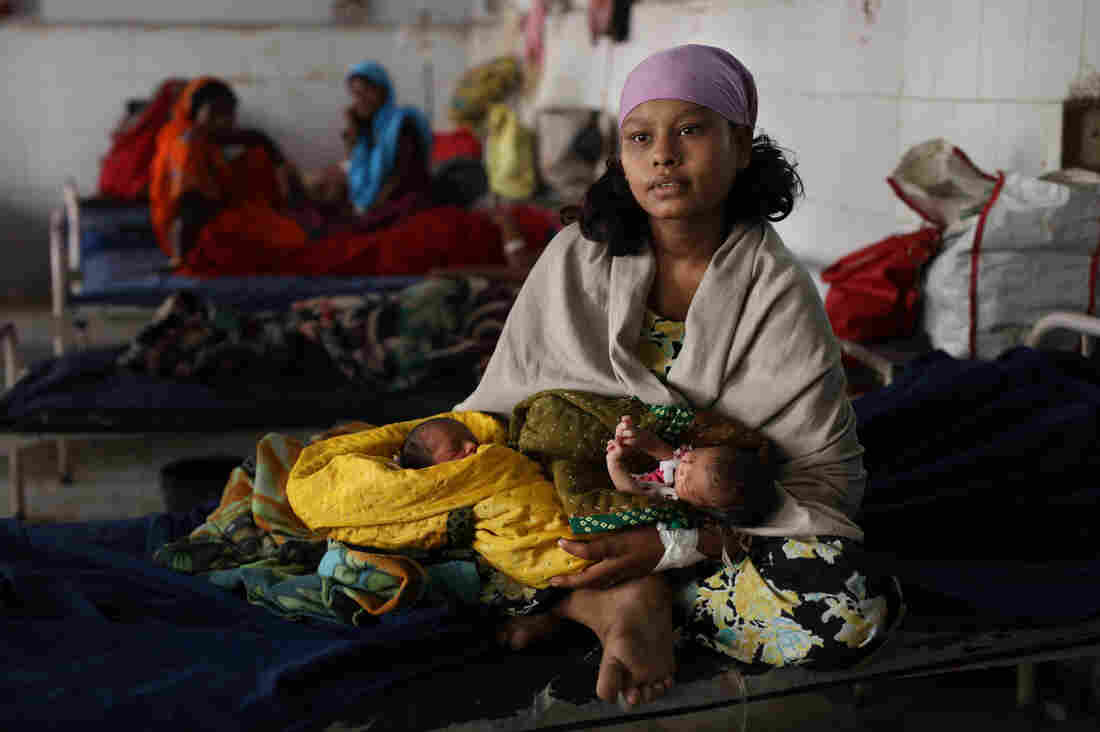 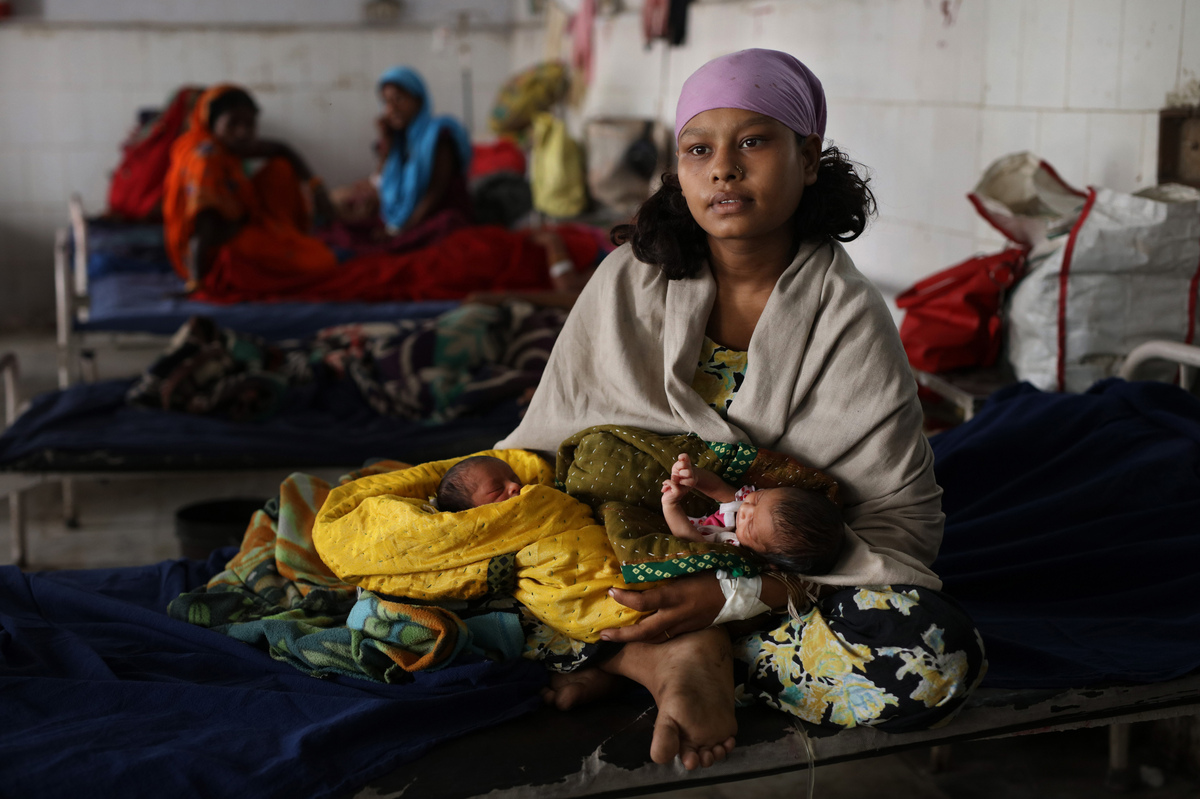 A mother holds her newborn twins at a Sri Krishna Medical College and Hospital, a public health facility in India.

After a woman gives birth to her baby, labor is not over. She also has to birth the placenta. And this can be quite risky.

The placenta attaches to the uterus through a series of blood vessels, which reach from the mom into the placenta. After childbirth, the placenta tears off the uterus, leaving these vessels open and exposed.

“That’s just part of the bleeding,” says Dr. Jeffrey Smith, an OB-GYN at the nonprofit Jhpiego in Baltimore. “The uterus has large, wide-open vessels all around, which have been pouring blood out for nine months. Now all the sudden, these vessels need to close up.”

In many cases, the uterus stops this bleeding on its own. It contracts and literally squeezes the vessels closed.

But in about 1 in 6 women, the uterus can’t contract fast enough. Without help, the woman will bleed to death.

Here in the U.S., doctors give women the hormone oxytocin to help the uterus squeeze tighter and stop the bleeding, often intravenously but also via a shot.

But oxytocyin isn’t an option in many places — not because it’s not available but because it must be kept cold. It degrades when stored above 86 degrees Fahrenheit.

“This is huge, huge problem,” Smith says. “In many clinics around the world, oxytocin will be sitting on the shelf, ready to be used, but health workers don’t know which vials have lost heir potency.”

Now the World Health Organization says it has found a way around this temperature-sensitivity — and the solution could save tens of thousands of lives each year.

WHO then led a massive trial around the world to test the new drug — called heat-stable carbetocin. And overall, it works just as well as oxytocin, the WHO reports Wednesday in The New England Journal of Medicine. And it’s just as safe.

“We are very excited about this drug,” says midwife Anatole Manzi, who directs patient quality and safety for the nonprofit Partners In Health. “We want to start using it right away.”

“I have seen so many cases in which my colleagues uses oxytocin, and the woman continues to bleed excessively because the drug has lost its potency,” he says. “To see a woman dying of bleeding, it never leaves your mind.”

But, Manzi says, for the drug to be effective, it has to be affordable.

Right now, it’s not clear how expensive heat-stable carbetocin will be.

“It is too early to comment on pricing in specific countries,” Klaus Dugi, of Ferring Pharmeceuticals told NPR in an email. But the company is working together with WHO and other companies “with the aim of making heat-stable carbetocin available at an affordable and sustainable price,” he writes.