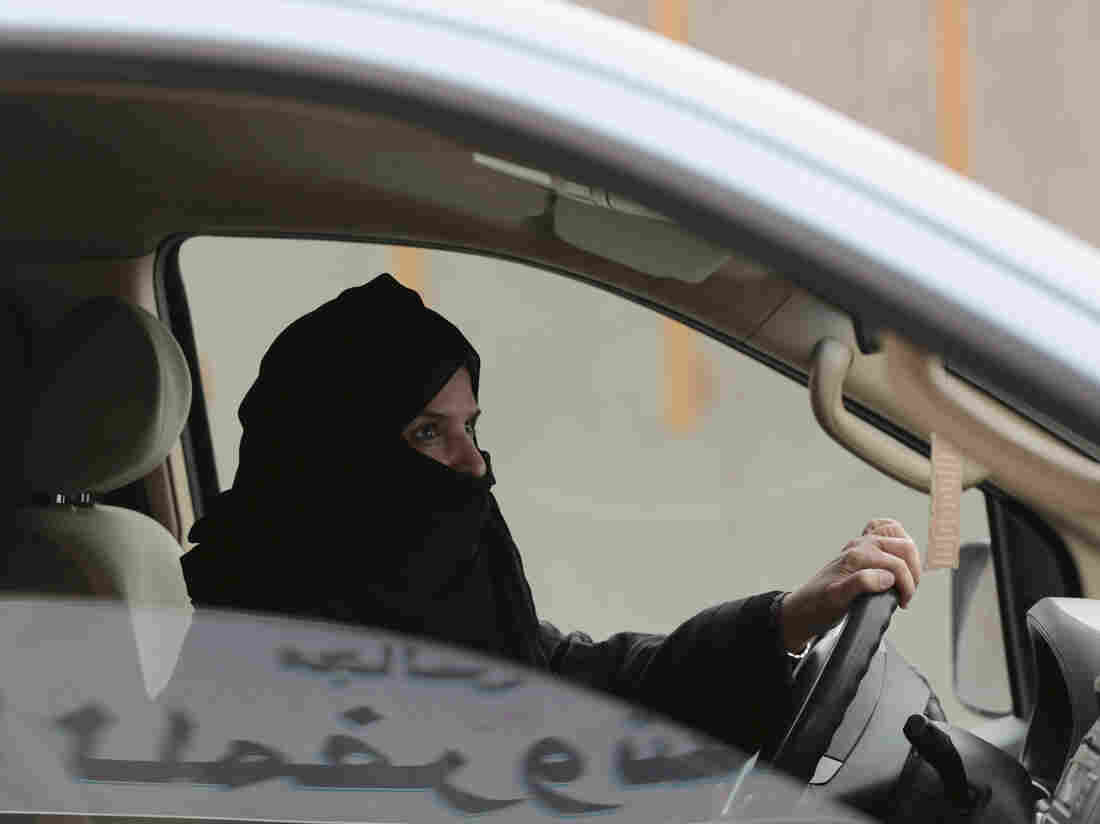 Saudi activist Aziza al-Yousef was arrested this week, along with other women’s activists. In this March 29, 2014 photo, she drives a car on a highway in Riyadh as part of a campaign to defy Saudi Arabia’s ban on women driving. Hasan Jamali/AP hide caption 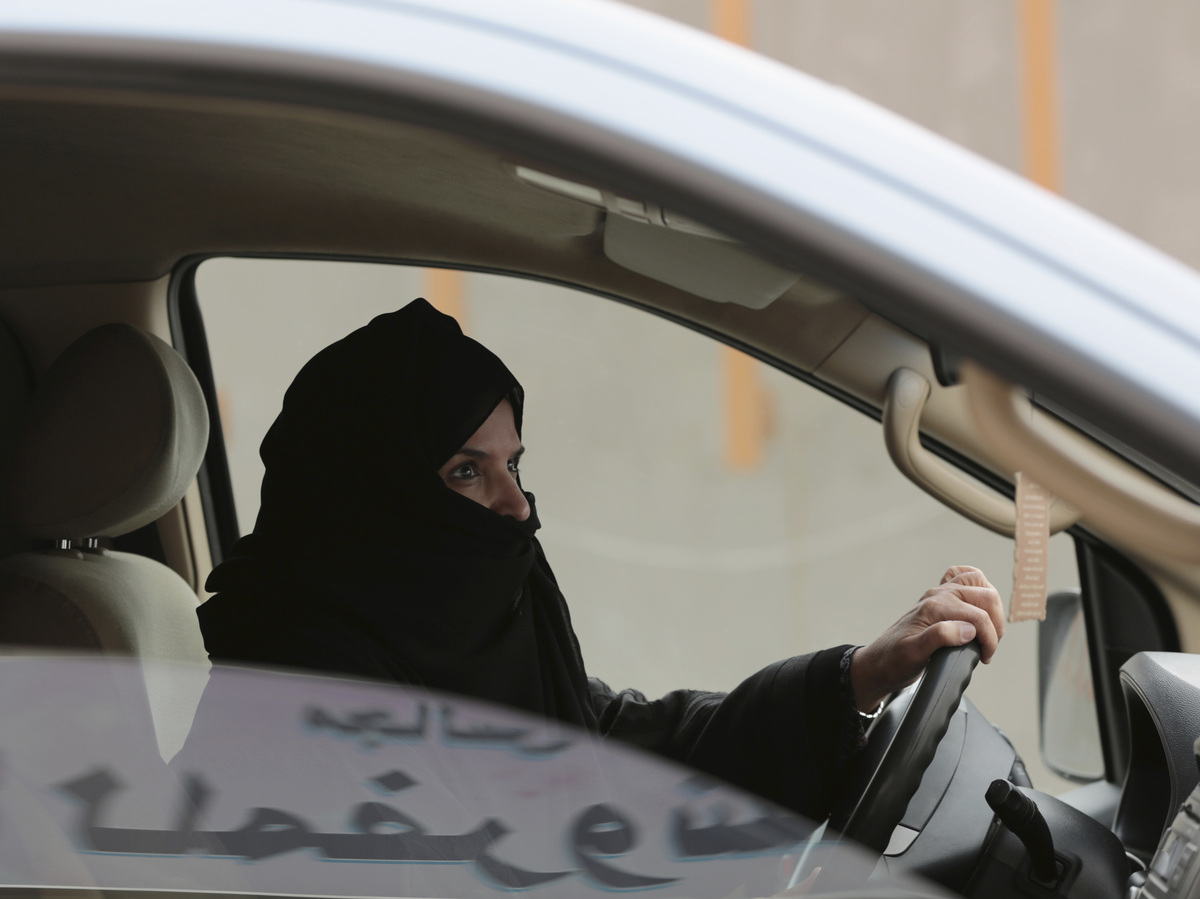 Saudi activist Aziza al-Yousef was arrested this week, along with other women’s activists. In this March 29, 2014 photo, she drives a car on a highway in Riyadh as part of a campaign to defy Saudi Arabia’s ban on women driving.

At least six prominent defenders of women’s rights in Saudi Arabia were detained this week, six weeks before the kingdom’s ban on women from driving is due to be lifted June 24.

Activist Loujain al-Hathloul was arrested at her home on Tuesday evening, according to Amnesty International. She campaigned against the decades-old driving ban and ranked No. 3 in a list of the most powerful Arab women for her work.

Amnesty International named three other women who were detained as Eman al-Nafjan, who became widely known for her activism; Aziza al-Yousef, a fellow leader in the campaign to drive; and Aisha al-Manea, who campaigned for women’s right to drive since the early ’90s. She is a 70-year-old who survived a heart attack last year, according to Australian-based Saudi activist Manal al-Sharif.

It is unclear why the activists were arrested.

As part of their fervent advocacy, some of them also signed a September 2016 petition calling upon King Salman to abolish the male guardianship system, which prohibits women from traveling overseas, marrying and making basic decisions without permission of a male relative.

Two men were also taken into custody by Saudi authorities in their apparent sweep: Ibrahim al-Modeimigh, a lawyer and women’s rights advocate, and Mohammad al-Rabea, a youth activist who started a literary salon for young men and women in Riyadh.

At midnight on Saturday, a “smear campaign” began, said Amnesty. Six activists, believed to be the same ones that were arrested, and another individual, were accused in state media of forming a “cell” that threatened Saudi security. Activists were alleged to have “contact with foreign entities with the aim of undermining the country’s stability and social fabric,” according to the organization. A hashtag, “Agents of Embassies,” and a graphic featuring the activists’ faces, spread on social media.

Other activists are “feared to be detained” and some have been banned by the government from traveling oveseas, the Associated Press reported.

The Saudi Embassy did not respond to requests for comment.

Being able to drive as a woman has practical and symbolic implications in Saudi Arabia. Now-detained activist al-Nafjan, wrote in 2013 that the ban perpetuated government patriarchy because in the absence of public transit, women were forced to constantly ask permission or pay for a male driver to get around.

“This day-to-day obstacle has proven to be a demoralizing deterrent for many women from pursuing an education, a career and even maintaining their own healthcare,” she wrote.

The king signed a royal decree to end the ban in September 2017. It was hailed as proof of a progressive reform, in line with the crown prince’s Vision 2030 which includes a goal of bringing more women into the workforce. King Salman also ordered a review of rules on male guardianship earlier in May.

But in the past seven years, the courts have convicted nearly 30 prominent activists and dissidents, Human Rights Watch said. Some received prison sentences of at least 10 years under charges that included “breaking allegiance with the ruler” and “inciting public opinion.”