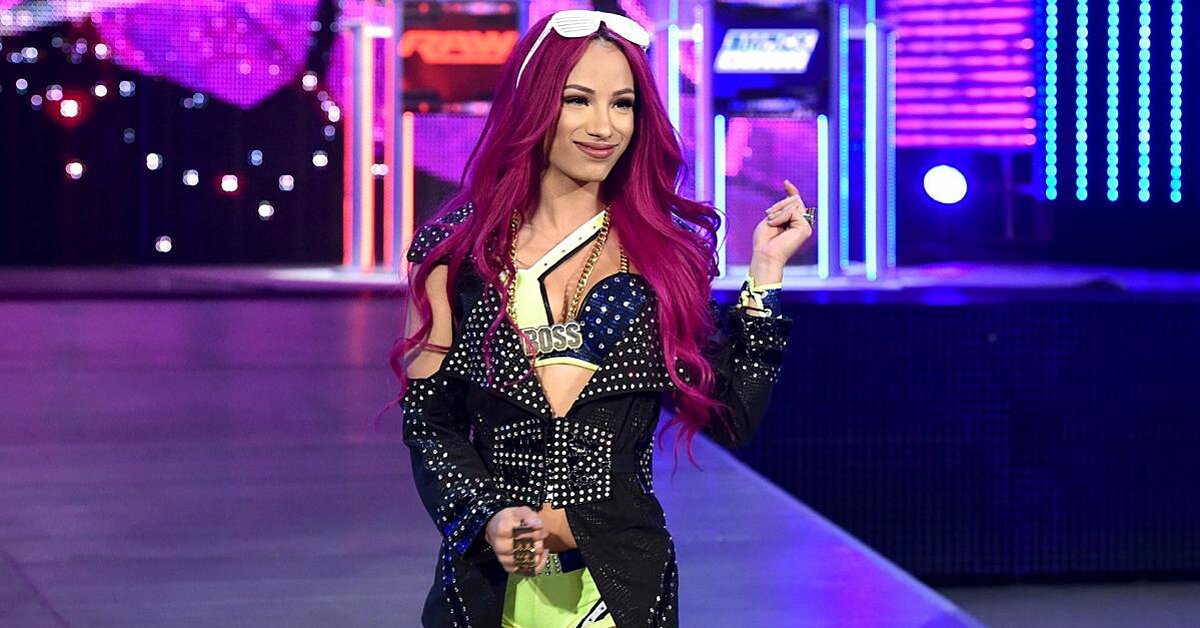 Before WWE officials could even ask Sasha Banks to be part of WWE’s new international partnership with Special Olympics, the effervescent 26-year-old had already requested the opportunity.

“For me, I wanted to be a part of it because I have a younger brother with autism,” said Banks. “I saw what he had to go through, with people making fun of him and telling him he couldn’t do something because he had a disability. So it’s such an honor to help represent the Special Olympics.”

Banks and WWE will support Special Olympics’ “Play Unified” campaign, which builds understanding among people with and without intellectual disabilities by uniting them through sports.

The international partnership will see WWE’s superstars engage in Play Unified events with Special Olympics athletes from China, India, Mexico, Germany, the United Kingdom, and the United States. This “Inclusion Revolution” will also be broadcast, as the WWE will use its Network, television programming, live events, and social media to spread awareness and a message of support for Special Olympics.

“This is a chance to show that the athletes at Special Olympics are able to overcome anything,” said Banks. “WWE partnering up with Special Olympics is such a special thing to my heart. The athletes are so amazing. Every time I meet them, they bring me such a joy and smile to my face. They’re letting the world know that, yes, they have disability, but they can still accomplish anything. It’s an honor to represent with them.”

Special Olympics is leading up to their 50th anniversary celebrations later this month in Chicago, and the chance to celebrate diversity is an integral part of Banks’ life philosophy. An integral piece of the Special Olympics’ message is that disability is not inability, which is a message that resonates strongly with her.

“We have to show the world that people are more,” said Banks. “It doesn’t matter what their background is or what their disability is, there is a connection. It’s all within the heart. We just have to overcome whatever we’re going through and be one with the world.”

Banks is in the midst of a lengthy feud with Bayley that escalated last week on Raw. Despite the strained relations between the two on camera, Banks revealed that her career highlight took place three years ago in the ring alongside Bayley.

“For me, my absolutely number one is my match with Bayley at NXT TakeOver: Brooklyn,” said Banks. “There are a lot of other great moments. WrestleMania 32 was so special to me, and having Snoop Dogg come out was incredible. Getting to wrestle in Abu Dhabi and being the first women’s title match there for WWE, words cannot describe going over there and letting people know women can do and overcome anything.

“But being 26, I also feel like the best is yet to come. I feel like I have so much more to accomplish and so much more to prove. After we finish all these ‘first-time ever’ moments, it’s going to be like, ‘OK, can we out-do that?’ I just want to keep on being the best and continue making history, and leave my legacy in the WWE.”

No matter where she works on the card, people continually respond to Banks’ presence, in-ring work, and aura.

“I honestly have the best and craziest fans ever,” said Banks. “My fans stand up for me and they’ve been there for me since day one. That comes with WWE: we have the most dedicated fans. There is such a beautiful connection between WWE and the ‘Universe.’ There are so many people you can gravitate to, whether it’s me, or Bayley or Charlotte. There are so many people you can look up to and say, ‘Hey, I want to be like her.’ We have this great connection with the WWE Universe, and it’s amazing that I can do this every week. It’s a lot of fun, especially with the best fans in the whole world.”

By providing her voice and support to the Special Olympics, Banks hopes to generate an even more inclusive message about awareness of people’s struggles and the resilient nature of humankind.

“I want to show that people can overcome anything,” said Banks. “Don’t put a label on it. Don’t call it disability, call people ‘human beings’ and look at one another as people who can accomplish anything.”