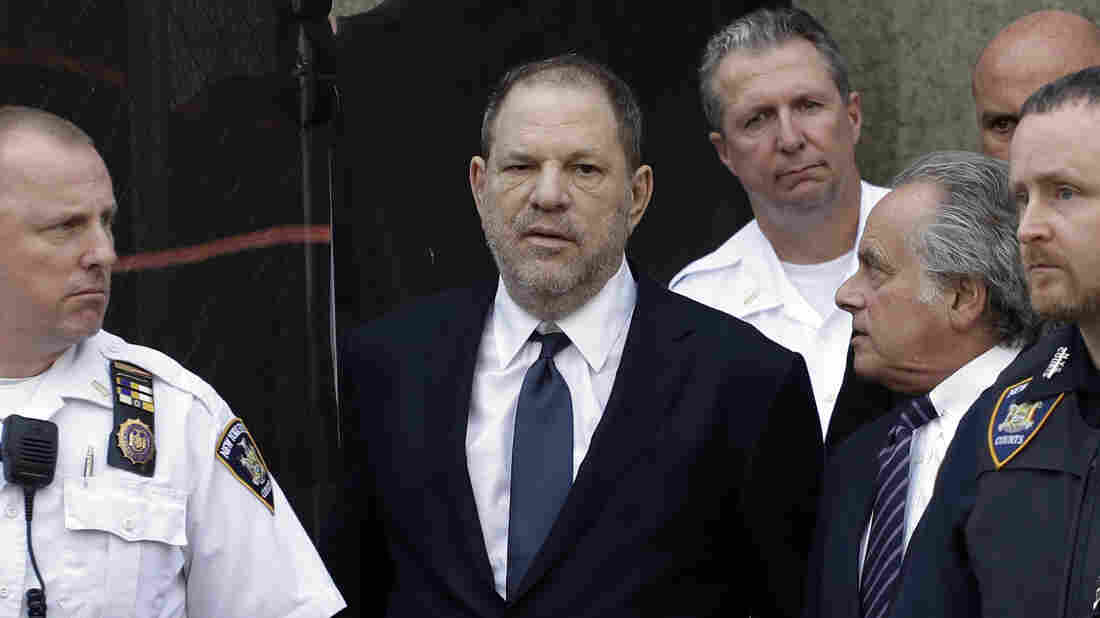 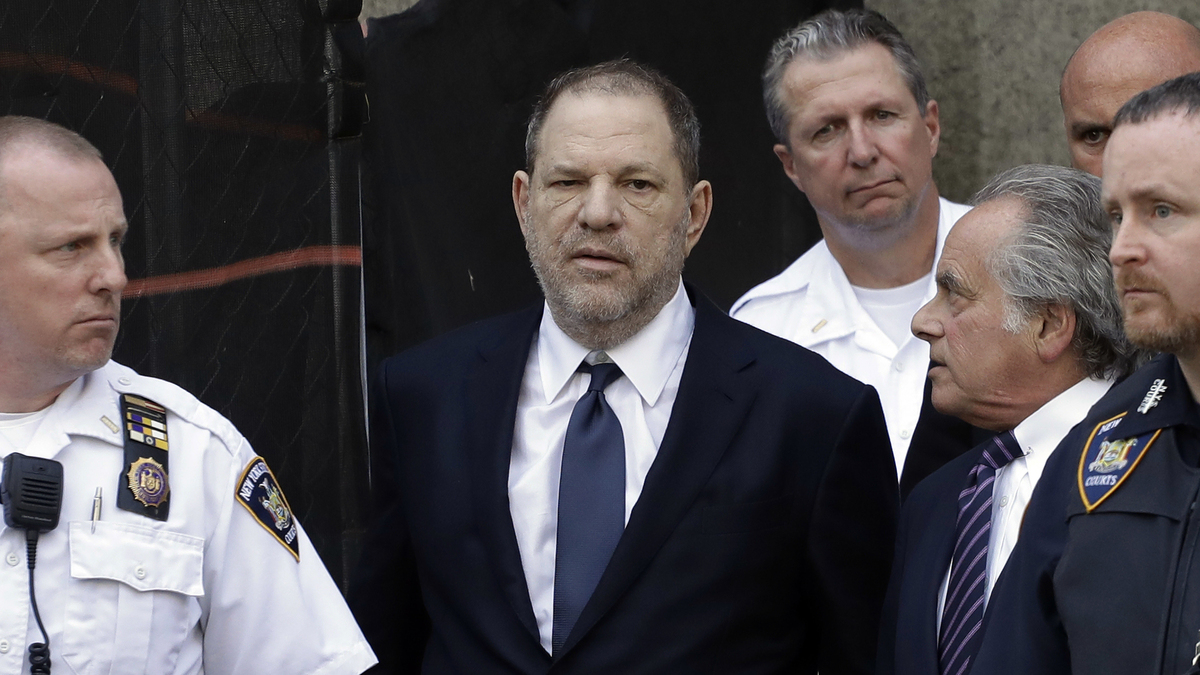 Harvey Weinstein, left, and his attorney Benjamin Brafman leave a New York court, where Weinstein pleaded not guilty Tuesday to rape and other abuse violations.

The largest actors’ union in the U.S. has reached a tentative agreement with four television networks to try to eliminate the so-called casting couch, and prevent sexual harassment and assault. SAG-AFTRA struck a new deal with ABC, CBS, NBC and Fox, which limits private meetings in off-site locations, including hotel rooms and private residences.

SAG-AFTRA is the union that represents the journalists at NPR, among 160,000 others in the media and entertainment industries, including actors, announcers, broadcast journalists, dancers, DJs, news writers, and news editors.

Reuters reports that Gabrielle Carteris, the president of SAG-AFTRA, said the agreement aims to eliminate opportunities for “predators to exploit performers behind closed doors under the guise of a professional meeting.” She said the new guideline is a “partial realization of our work toward industry culture change.”

The new, three-year contract also includes pay increases, and improvement to harassment prevention language. It follows SAG-AFTRA’s decision in February to release a Code of Conduct on Sexual Harassment, and an initiative called Four Pillars of Change. The new rules include updated guidelines, and expand education and intervention efforts. The code also provides a definition of sexual harassment and what constitutes a hostile work environment, and detailed employers’ legal obligations.

“To truly change the culture we must be courageous and willing,” Carteris said in February, according to Variety. “At its most basic, this Code will ultimately help better define what harassment is, and what members’ rights are in real world situations. We are going further, however, with the launch of our Four Pillars of Change initiative to achieve safe workplaces and advance equity.”

In April, SAG-AFTRA issued a new code of conduct guideline for members, emphasizing that professional meetings need to take place in professional locations. It read in part:

It also called for union members to bring a “support peer” to meetings that have to be held in private, off-site locations:

“In the unlikely event that there is no reasonable alternative forum for a professional meeting, we strongly encourage members go only with the support of a second individual – of their own choosing – who attends the meeting to serve as a ‘Support Peer.’ The Support Peer should be allowed to maintain physical access to the member at all times during the meeting (e.g., no closed doors blocking the member and Support Peer).”

The new guidelines from SAG-AFTRA and television networks come as the #MeToo movement has worked to end sexual misconduct from the workplace. Last year, more than 80 women accused Harvey Weinstein of sexual assault.

Their accusations led to similar allegations against prominent men across several industries, including media and entertainment.

On May 25, a New York criminal court charged Harvey Weinstein with rape and other abuse violations. Weinstein has pleaded not guilty to those charges.