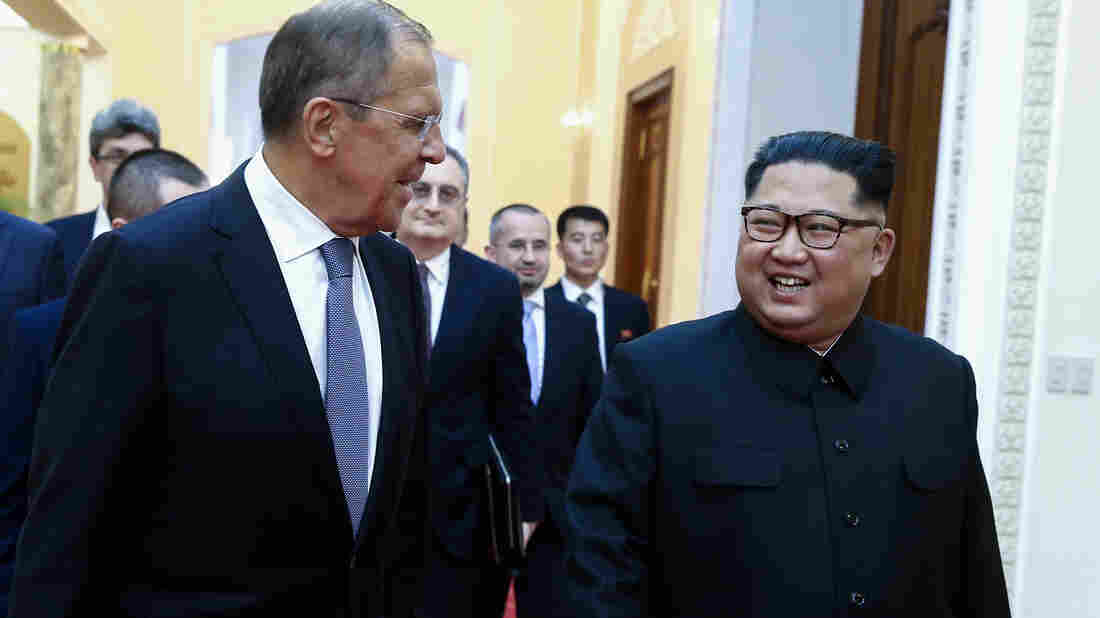 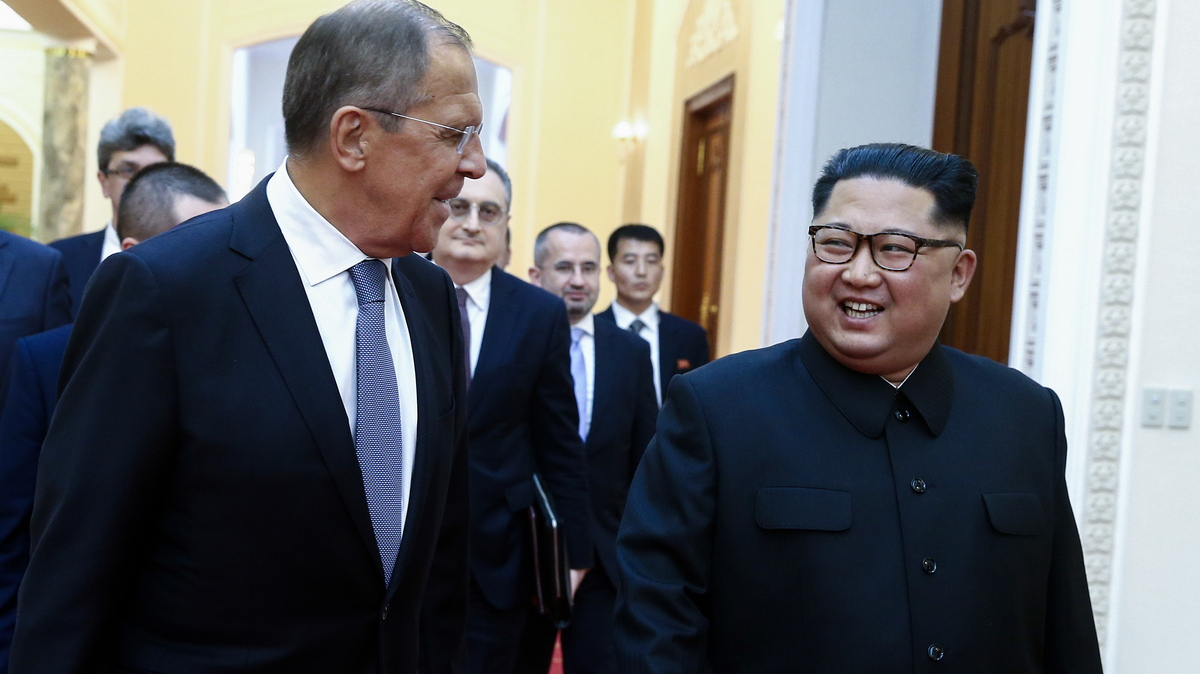 “I highly value the fact that Putin’s administration strictly opposes the US’ dominance,” Kim said, according to Russia’s state-run Tass agency.

Kim also told Lavrov, according to Tass: “Your visit comes at a time when the situation on the Korean Peninsula is rapidly moving towards talks and consultations in accordance with the interests of the two countries’ people.”

Instead of being held behind closed doors, much of their meeting took place as photographers snapped photos and filmed the session. Video footage showed Kim, seated next to an interpreter, sitting across from Lavrov and his entourage at a long table.

As NPR’s Lucian Kim reports from Moscow, Lavrov passed on “warmest regards” from Putin as he invited Kim to visit Russia.

“Lavrov’s meeting with Kim Jong Un was the first by a senior Russian official since the North Korean leader came to power in 2011,” Lucian says, adding that the Kremlin has traditionally had close ties to leaders in Pyongyang.

Lavrov’s visit to Kim comes as Secretary of State Mike Pompeo is meeting with a senior North Korean official in New York, where they tried to work through recent problems to get the U.S. and North Korea back on track for a June 12 summit between President Trump and Kim in Singapore.

There is no sign yet whether Lavrov discussed his pending visit to Pyongyang with Pompeo; the Russian ministry said the two diplomats “exchanged views on several aspects of the joint agenda,” citing the Syrian crisis and Ukraine.

This morning, Pompeo said in a tweet that the on-again-off-again summit would bring North Korea “a great opportunity to achieve security and economic prosperity.”

Pompeo also said he had a “working dinner” with Kim Yong Chol, adding that their menu included steak, corn, and cheese.

The timing of Lavrov’s visit seems to have caught some by surprise: The Russian ministry posted a short public notice about Lavrov’s trip on Wednesday, one day before the meeting.

Despite Lavrov’s invitation to Kim, Russian presidential spokesman Dmitry Peskov said on Thursday that it’s “too early to speculate” about a Putin-Kim summit.

In Pyongyang, Lavrov’s agenda included a meeting with North Korean Foreign Minister Ri Yong-ho, and laying flowers at several spots in the capital:

Moscow seems intent on inserting itself into the conversation about the future of the Korean Peninsula.

The topic came up last week in Moscow, when Japanese Prime Minister Shinzo Abe visited Putin. On the eve of that meeting, Russian Foreign Ministry Spokesperson Maria Zakharova was asked about the Kremlin’s push to be included in wider talks on the two Koreas.

Zakharova replied that Russia had “planned a number of initiatives,” adding, “I think that I will be able to share more information on this subject in the near future.”