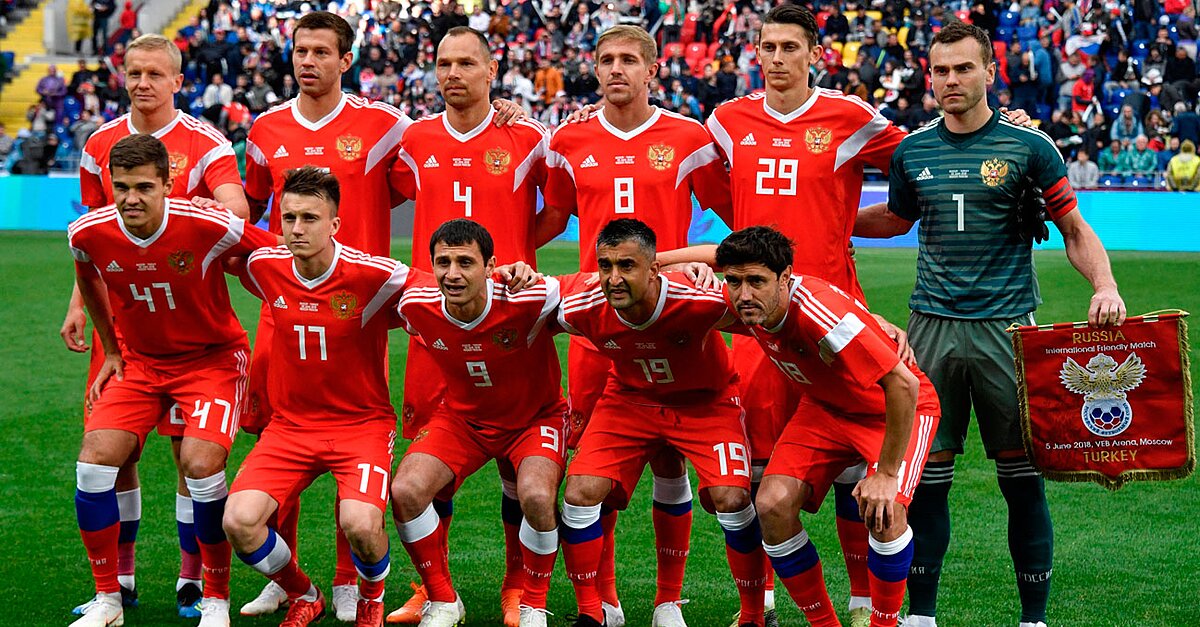 Ten years ago, everything seemed very different for Russian football. Three years after CSKA Moscow had become the first Russian club to win a European trophy, Zenit Saint Petersburg had repeated its success in the UEFA Cup and had done so playing a brand of bright, forward-accented attacking football. That summer, a Russia side largely based on Zenit excelled at Euro 2008, reaching the semifinal. The future of the Russian game seemed bright.

A decade later, other than winning the bid to host the 2018 World Cup, almost everything has gone wrong. Russia did qualify for the European Championship in both 2012 and 2016, and the World Cup in 2014, but nine group games across the three competitions brought just one win. Russia hasn’t made it past the group stage of any competition since 2008. A decade ago, it might have thought it had an outside chance of winning a World Cup on home soil. Now, even in a group featuring 67th-ranked Saudi Arabia, and an Egypt side led by an injured Mohamed Salah, the only target is to avoid joining South Africa in 2010 as the only host to fail to make it to the knockout stage.

As the scale of the decline became evident, Russia did what it could, taking the obvious short-term measure of appointing a big-name foreign manager. Fabio Capello has had success in Italy and Spain, winning nine league titles playing in a wide variety of styles. He seemed an entirely reasonable choice, despite his failure with England. He only lost five of 32 games in charge of Russia, but his confrontational approach rankled with the squad, and by summer 2015, Russia was in serious danger of missing out on Euro 2016. He was sacked for Leonid Slutsky, who at least got Russia to France, but the national team’s problems could not be so easily resolved and dismal defeats to Slovakia and Wales followed.

Stanislav Cherchesov, once a goalkeeper for Spartak Moscow and Tirol Innsbruck, had just won the Polish league and cup double with Legia Warsaw and seemed a logical replacement. But he has won only five of 19 games in charge. There are problems throughout the squad, only one of which is really in any direct sense attributable to Cherchesov.

Russia lacks a holding midfielder. It does have the option of Igor Denisov, a rising star in 2008 who was made captain by Capello, but he is a turbulent figure and fell out seriously with Cherchesov in 2015 when both were at Dynamo Moscow. That left Cherchesov to use Denis Glushakov there, although he is more of a box-to-box midfielder. Glushakov’s form then dipped in the spring, so he is now only on the reserve list, meaning 25-year-old Zenit midfielder Daler Kuzyayev is likely to be used as the anchor, although he is far from a specialist.

Cherchesov has also had a difficult relationship with forward Artem Dzyuba. He has been recalled, largely, it seems, because there are so few alternatives, particularly after Dmitry Kombarov succumbed to a knee injury. Dzyuba has spent the season on loan at Arsenal Tula from Zenit, and is likely to back up Fedor Smolov and Alexei Miranchuk–if, that is, Cherchesov uses the 3-5-2 he has deployed for much of his reign. But that is far from certain. In the last two friendlies, a 1-0 defeat to Austria and a 1-1 draw against Turkey, Cherchesov started with a 4-2-3-1, the late change suggesting just how chaotic Russia’s preparations have become.

The biggest problems, though, lie at the center of defense. Remarkably, Sergei Ignashevich, at the age of 38, is back, and he played against both Austra and Turkey. His familiar partners, the Berezutsky twins Vasili and Aleksei, who for more than a decade have played with Ignashevich both with Russia and CSKA, remain retired from international football at the age of 35. But Ignashevich reversed his decision to quit last month after Ruslan Kambolov withdrew from the squad. The Rubin Kazan defender ostensibly has a calf problem, although he had been accused of doping violations before a case was dropped in April. Kambolov’s absence exacerbated a dearth at the heart of the defense created by both Georgy Dzhikiya and Viktor Vasin tearing knee ligaments.

Only in the more creative divisions of the midfield does Russia have anything resembling strength in depth, with Alan Dzagoev and the very promising Aleksandr Golovin perhaps now vying for one slot, depending how Cherchesov ends up setting the side out. It says much about the shortage of young players that Yuri Zhirkov, one of seven players in the squad aged over 30, played on the wing in the friendly defeat to Austria.

The excitement and hope of a decade ago has gone. All that remains for Russia is the hope that it does not embarrass itself.