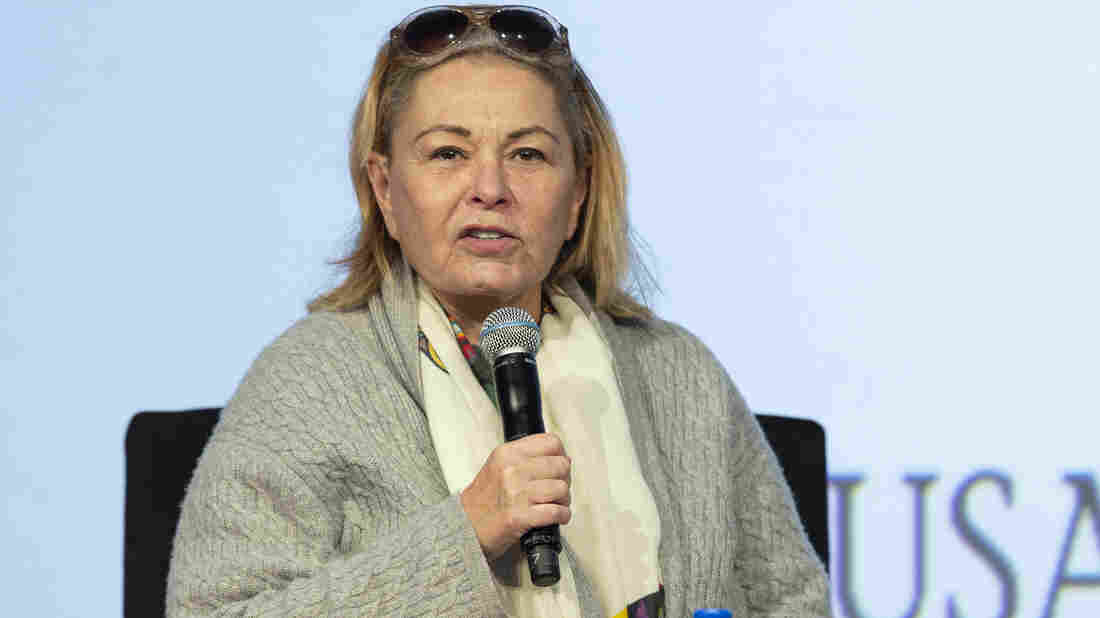 Roseanne Barr, seen here during an event last month, has offered several explanations for her tweet attacking Valerie Jarrett — including saying that she was influenced by the sleep aid Ambien. Pacific Press/LightRocket via Getty Images hide caption 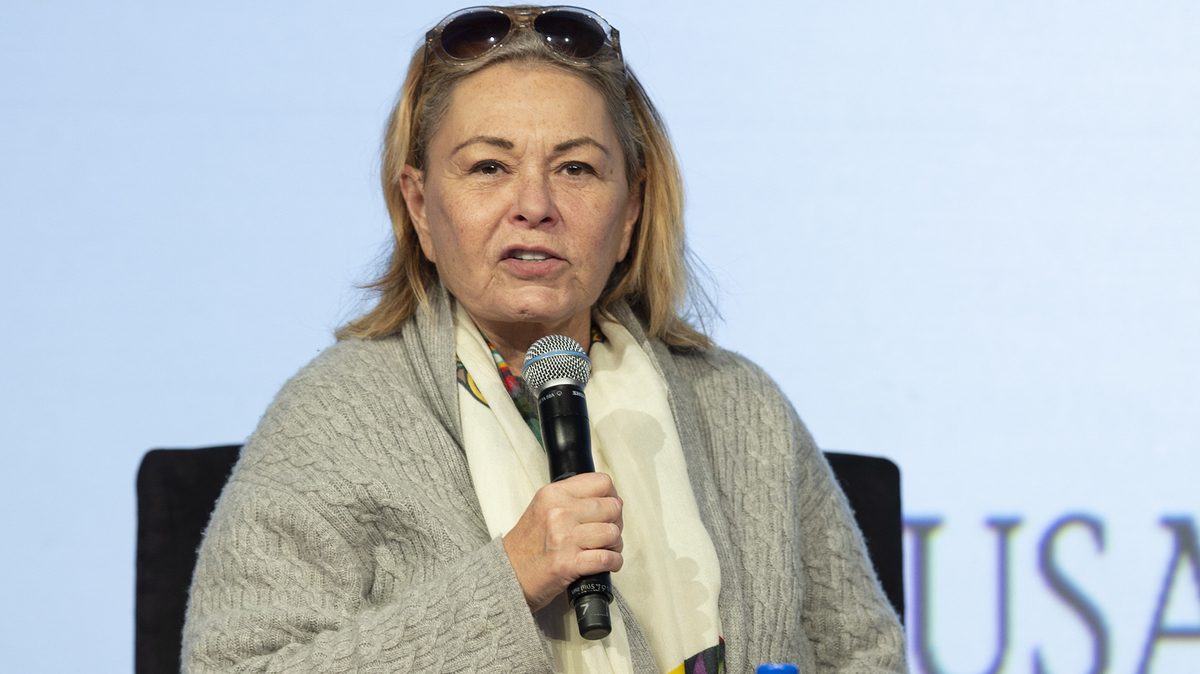 Roseanne Barr, seen here during an event last month, has offered several explanations for her tweet attacking Valerie Jarrett — including saying that she was influenced by the sleep aid Ambien.

Roseanne Barr says she was “Ambien tweeting” at 2 in the morning when she posted a racist tweet about Valerie Jarrett, a former senior adviser in the Obama White House, that caused ABC to cancel her TV show.

The reboot of Barr’s eponymous TV show was canceled Tuesday after one season. ABC Entertainment’s president announced the network was pulling the plug after Barr tweeted that Jarrett, who now serves on several corporate boards and is a senior fellow at the University of Chicago Law School, is the product of the “muslim brotherhood & planet of the apes.”

Barr announced shortly before 10:30 a.m. on Tuesday, “I apologize. I am now leaving Twitter.” She then sent dozens of tweets in which she apologized and offered up a number of reasons for her offensive comment.

“It was 2 in the morning and I was ambien tweeting — it was memorial day too — I went 2 far & do not want it defended,” Barr said in a tweet Tuesday night.

She also said she believed Jarrett was Saudi or Jewish or Persian, rather than black. But when she invoked the sleep aid, her critics pounced.

Ambien’s manufacturer, Sanofi-Aventis, lists warnings and precautions for the drug that include a section on “Abnormal Thinking and Behavioral Changes” — side effects that can include a lack of inhibition.

Sanofi-Aventis tells people to stop taking Ambien if they find themselves performing complex behaviors — like making phone calls or driving a car — without being fully awake.

“It can rarely be determined with certainty whether a particular instance of the abnormal behaviors listed above is drug induced, spontaneous in origin, or a result of an underlying psychiatric or physical disorder,” the company says.

Later, Barr denied that she was putting the blame on Ambien, saying it was “just an explanation not an excuse.”

On Wednesday morning, Barr replied to one critic on Twitter, “Yes, I have had odd ambien experiences on tweeting late at night-like many other ppl do. I BLAME MYSELF OK?”

With the Roseanne show canceled, others who were involved with the project weighed in on the star’s comments — including Sara Gilbert, who had been executive producer on the reboot.

Gilbert said the remarks are “abhorrent and do not reflect the beliefs of our cast and crew or anyone associated with our show,” adding that she is disappointed in her longtime friend and colleague.

In her initial response to that tweet, Barr said, “Wow! unreal.”

But on Wednesday, she took a softer stance, coming to Gilbert’s defense after one of her followers sent a critical tweet.

“No, I understand her position and why she said what she said,” Barr said. She added that she forgives Gilbert, saying, “It just shocked me a bit, but I indeed [f*****] up.”

In addition to her remark about Jarrett, Barr is also being criticized over her recent attacks on both Chelsea Clinton and billionaire George Soros, who is a prominent donor to Democratic campaigns. On Monday, Barr regurgitated a rumor that Clinton had married a nephew of Soros — a rumor that was popularized by actor and Trump supporter Scott Baio shortly before the 2016 presidential election.

Clinton replied to Barr early Tuesday, “Good morning Roseanne — my given middle name is Victoria. I imagine George Soros’s nephews are lovely people. I’m just not married to one.”

Barr apologized but then followed it up by repeating another conspiracy theory — that Soros and his father worked with Nazis during World War II (a rumor that has been debunked, and that Soros denounced again yesterday).

In addition to the cancellation of her rebooted show, reruns of the original program, which ran for much of the 1990s, were pulled by Viacom.