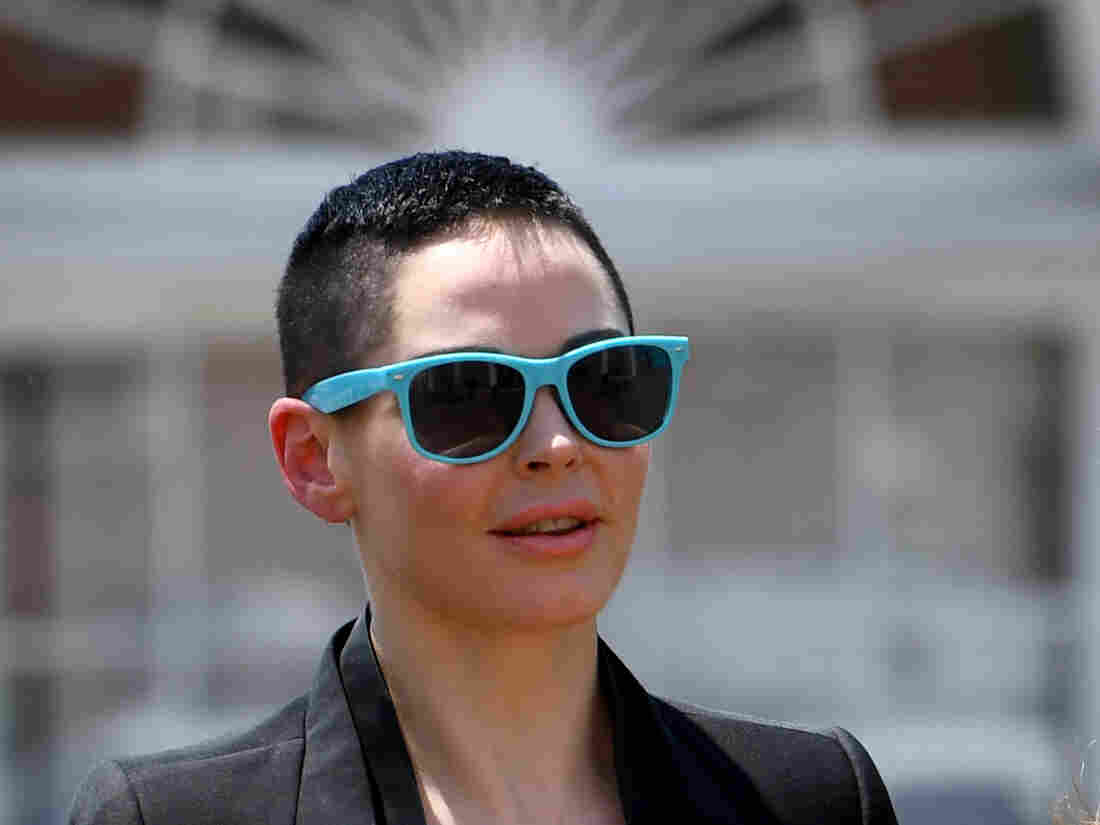 Rose McGowan appears at Loudoun County District Court for a preliminary hearing after cocaine was found in the wallet she left on an airplane at Dulles International Airport last year. She says she believes she was framed. Katherine Frey/The Washington Post/Getty Images hide caption 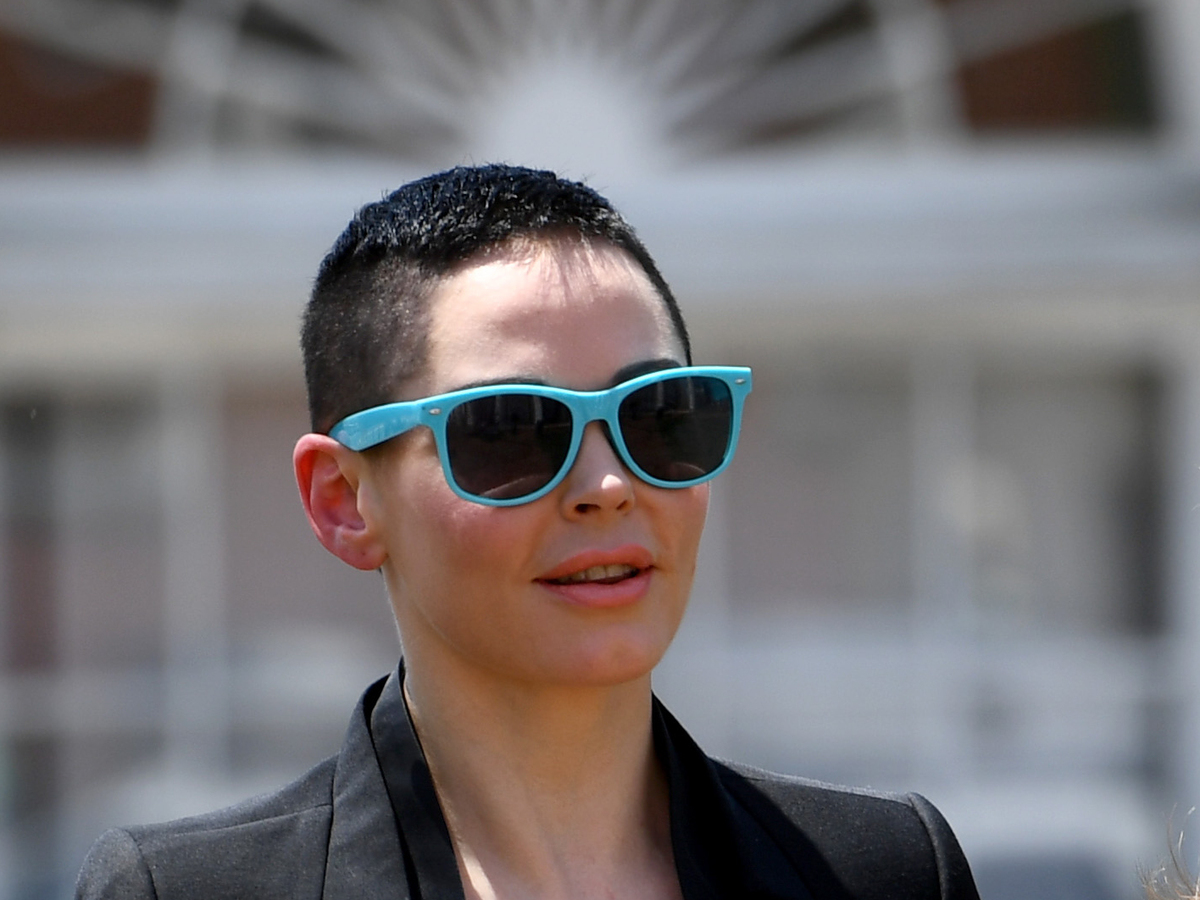 Rose McGowan appears at Loudoun County District Court for a preliminary hearing after cocaine was found in the wallet she left on an airplane at Dulles International Airport last year. She says she believes she was framed.

Rose McGowan says she would “absolutely” like to testify if given the chance against Harvey Weinstein. McGowan spoke to NPR’s Michel Martin a day after the mogul turned himself into police in New York after months fighting sexual abuse investigations.

“I have had to have his arm around me and smile in photos,” McGowan says on Weinstein embracing her at public events. “The cameras would flash and you’re just kind of out of your body and ‘don’t cause a scene and just go with it’ because what else are you going to do? You’re trapped.

“And I would like to have the opportunity to be able to sit right across from him and stare directly in the eye, but not in any way with the camera around me. And no evening gowns.”

McGowan was among the first women to go public with allegations against the move mogul. She reached a $100,000 settlement with Weinstein in 1997 following a hotel room encounter at the Sundance Film Festival that she has described as rape.

Weinstein surrendered his passport, posted a $1 million bail and was fitted with a tracking device. His lawyer has said he will plead not guilty. He is under investigation by authorities in three other cities: Los Angeles, Beverly Hills and London.

McGowan has said Weinstein hired a firm staffed by ex-members of Israel’s intelligence agency, Mossad, to track her and try to deter her from going public. An investigation in The New Yorker found that the agents posed as financial advisors and friends, secretly capturing hours of conversation with McGowan and sending the recordings to Weinstein.

“Investigate isn’t quite the word I would use — more like terrorize and harass,” McGowan says.

She published a book, Brave, about her experience, and a TV documentary, “Citizen Rose,” that followed her fight to bring down Weinstein. At one book event she got into a shouting match with a transgender woman who interrupted McGowan.

“The altercation I believe was completely paid off by [Weinstein’s] side,” she says.

She was also charged with felony drug possession after plane cleaners said they found her wallet with cocaine inside at Dulles International Airport in January 2017. McGowan has said she believes she was framed, and she says other women who might testify should steel themselves.

“He has a lot of tricks up his sleeves,” McGowan says of Weinstein. “And your life will be gone over with a fine-tooth comb.”

Despite the challenges, McGowan says she has no regrets about coming forward.

“I don’t regret coming out,” McGowan says. “I had ex-Mossad infiltrate my life. This is not normal. … I would still come out. I would do it all over again.”

Still, the experience was traumatic, and McGowan says she had to take time off at a horse farm and living at an old-age home to heal.

Seeing Weinstein face charges has been a release, the actress says. When she heard the news, she says she went to Central Park and cried.

“It really felt like it wasn’t me crying, it was like the 23-year-old me that got attacked that was crying,” she says. “It was kind of like going back in time, being like, ‘We did it. I did it. You got him.’ “

McGowan says she did not expect Weinstein to be charged. Now, she hopes he will be convicted.

“It’s strange, simultaneously not anticipating him to be arrested and not wanting him to be free,” McGowan says. “I’m just going to stay and hope for a while. I know it’s going to be a tough slog and a hard road and I hope people stick with it and know that it’s for the greater good, and that this man hurt a lot of people whose biggest crime was dreaming.”