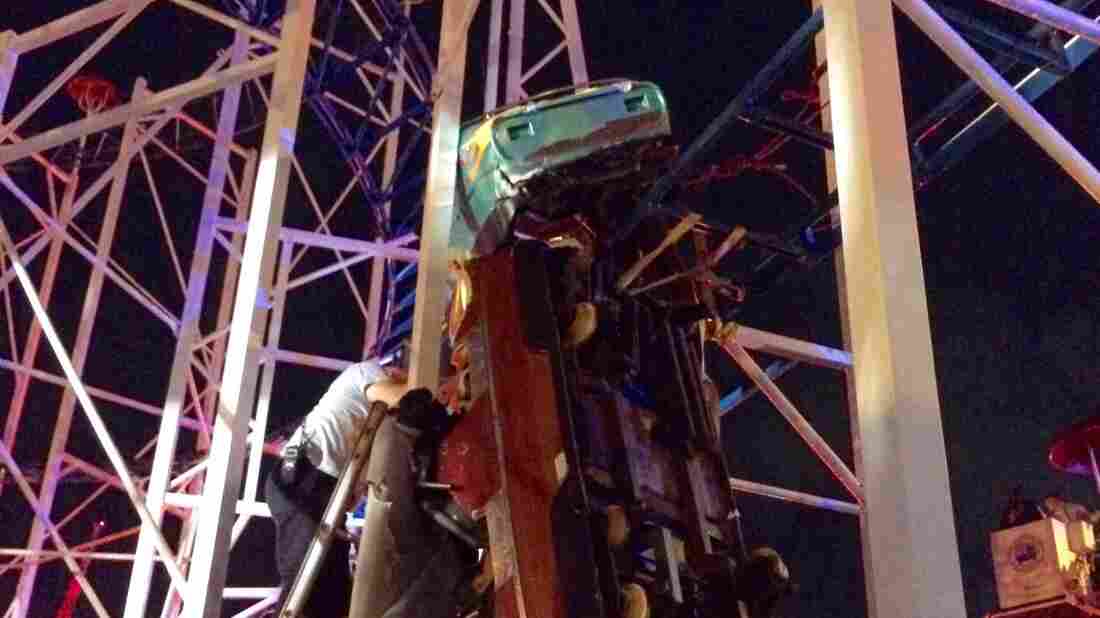 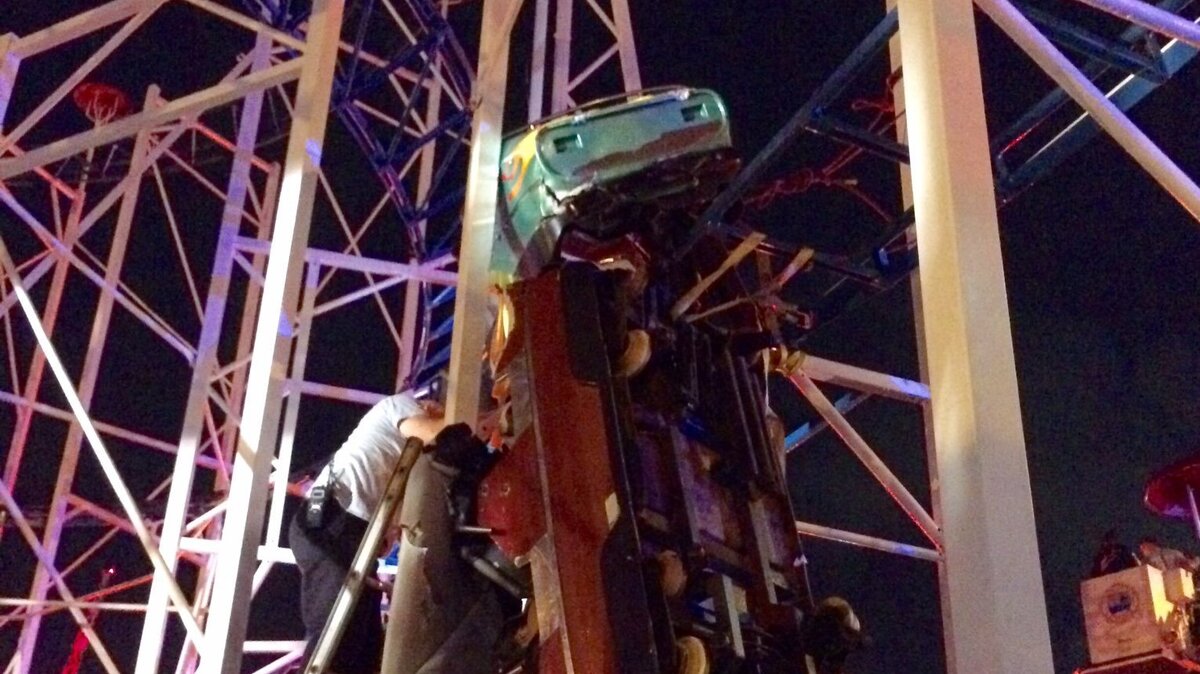 “Firefighters working as fast as they can to rescue 2 riders that are in a dangling rollercoaster car,” the Daytona Beach Fire Department tweeted late Thursday.

A roller coaster has derailed at the boardwalk in Daytona Beach, Fla., sending two riders crashing 34 feet to the ground while leaving several others stranded in a roller coaster car, dangling above the ground.

There have been no reports of fatalities, but the fire department could not describe the extent of injuries.

The Daytona Beach Fire Department posted photos and videos of the nighttime rescue of the trapped riders.

“The remaining passengers that were on the track had to be rescued by firefighters using our tower truck to climb to them … and then guide them back on the ladder,” says DBFD spokeswoman Sasha Staton.

The Daytona Beach boardwalk and pier, which is open year-round, features a number of amusement park rides. The Daytona Beach News-Journal reports that the malfunctioning roller coaster is called the Sand Blaster and has been operating at the boardwalk for five years.

“When it opened in Daytona Beach in 2013, the ride was 40 years old and was purchased from a closed amusement park in Delaware at the beginning of 2012,” the News-Journal reports.