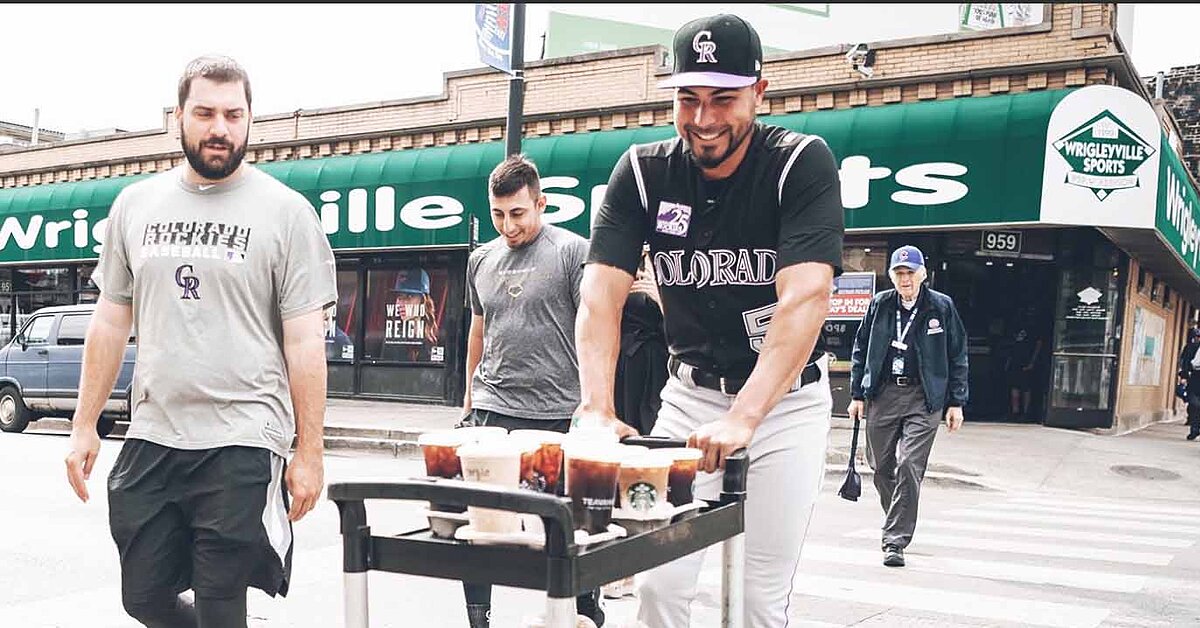 Cuevas and two of his teammates visited a Wrigleyville Starbucks.

Before Wednesday afternoon’s game against the Cubs, Rockies rookie Noel Cuevas was sent by his teammates on a coffee run in full uniform.

Cuevas visited a Wrigleyville Starbucks just down the street from the Friendly Confines. Teammates Daniel Castro and Harrison Musgrave accompanied Cuevas as he pushed a cart down the street to transport the large order.

Cuevas, 26, recently made his major league debut when the Rockies called him up on April 22. He’s currently batting .278 through eight games this season.