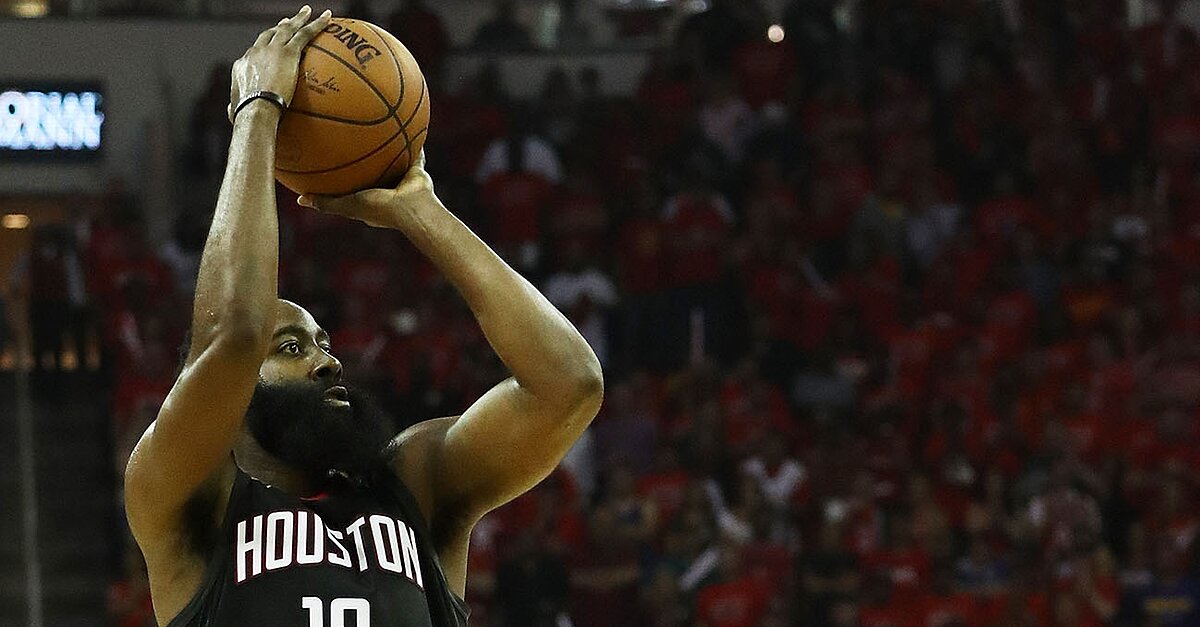 As the Warriors started to take control of Game 7 in the third quarter, the Rockets couldn’t buy a three-pointer.

With a chance at the NBA Finals on the line, the Houston Rockets came out swinging and took a 54-43 lead into halftime of Game 7 of the Western Conference finals against the Warriors.

In the third quarter however, the game started to slip away from Houston as Golden State put together a big run courtesy of great shooting from Stephen Curry and the worst stretch of shooting the Rockets have had all season.

In fact, Houston matched the worst three-point shooting stretch in NBA history as the team missed 27 straight threes during the 101-92 loss to set a new playoff record for consecutive missed threes.

“I thought we had good looks,” Rockets coach Mike D’Antoni said after the game. “Obviously not every one was good. Neither was theirs. They just made a higher percentage.”

• Rockets’ Experiment Sputters Out as Warriors Return to Finals

During one stretch of the game, the Rockets missed 25 straight threes while the Warriors made 11 of 21 to help turn a deficit that was once as large as 15 into a lead that eventually grew as big as 13.

Houston’s poor-shooting stretch started with six minutes and 43 seconds left in the second quarter after Eric Gordon connected on a triple to push the team’s lead to 14 at 42-28. The Rockets’ lead expanded to 48-33 despite the first three consecutive misses from deep, but Houston then missed six more threes to close out the first half.

The third quarter is when everything went really downhill, as the Warriors outscored the Rockets 33-15 to take a lead they would never surrender. Houston missed 14 threes in the third quarter while Golden State went 7 for 11 to take a 76-69 lead into the fourth quarter.

The Rockets missed their next four threes to open the fourth before P.J. Tucker finally connected from deep to make the score 89-79 Golden State with less than six and a half minutes remaining in the game. Prior to that three, the Warriors had earned their largest lead of the game.

D’Antoni added that when the Warriors went on runs the Rockets were looking for threes to “keep them at bay,” but were unable to connect on the shots.

For the game, Houston shot 7 for 44 from behind the arc. James Harden went 2 for 13, Gordon was 2 for 12 and Trevor Ariza went 0 for 9. Tucker was 2 for 5 and Gerald Green went 1 for 4, and the last miss of the group came from Joe Johnson, who went 0 for 1. During the 0-for-27 stretch, Harden missed 10, Gordon missed seven, Ariza missed six, Tucker missed two and Johnson and Green each missed one.