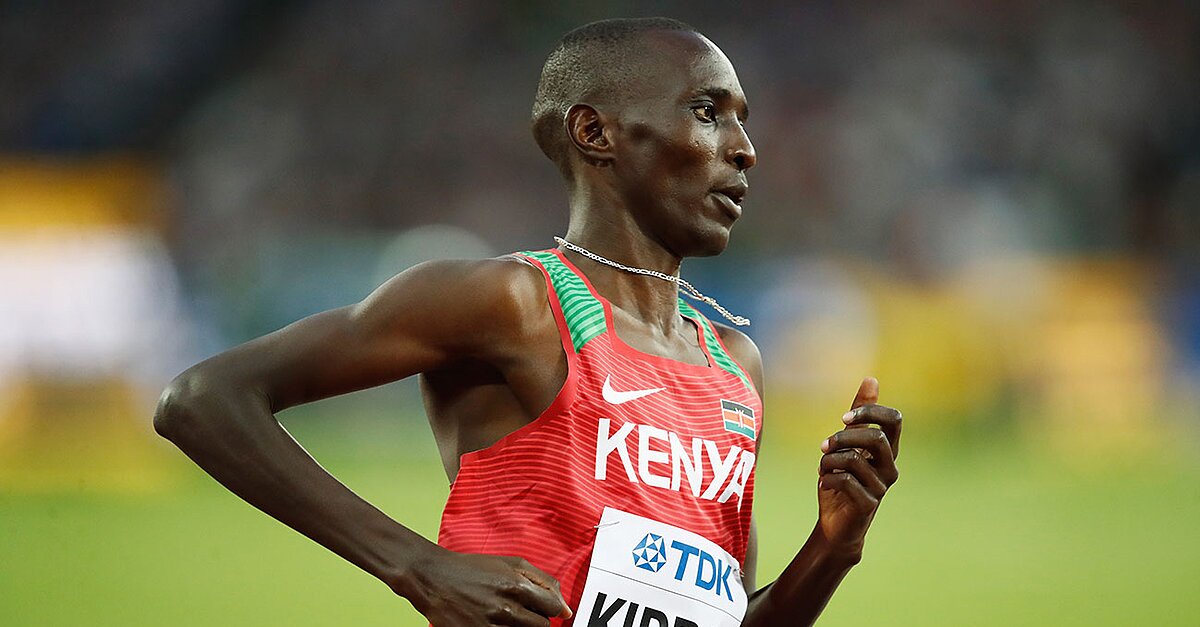 Kenya’s Asbel Kiprop, a three-time world champion at 1,500 meters and the 2008 Olympic gold medalist, has reportedly tested positive for EPO in an out-of-competition test that was taken in late 2017.

The news was first reported by Matt Lawton of the Daily Mail.

“I have read the reports linking me to doping,” Kiprop said, according to The Guardian. “As an athlete, I have been at the forefront of the fight against doping in Kenya, a fight I strongly believe in and support. I would not want to ruin all what I have worked for since my first international race in 2007. I hope I can prove that I am a clean athlete in every way possible.”

Rumors swirled on Tuesday night out of Kenya that a prominent runner had tested positive for a banned substance but it was not revealed who the runner was. The Athletics Integrity Unity processes the doping tests in track and field but did not confirm any positive test or result.

Federico Rosa has served as Kiprop’s agent since 2008. Rosa told the Daily Mail and The Guardian that he heard of the rumors of Kiprop’s positive test but could not add any additional information. Several of Rosa’s athletes have tested positive for banned substances including 2016 Olympic marathon champion Jemima Sumgong, former Boston and Chicago Marathon champion Rita Jeptoo and marathoner Mathew Kipsorio. Rosa was arrested and briefly jailed in July 2016 before he was charged with abetting Jeptoo with doping. Rosa denied any involvement and before the trial was set to begin, charges were withdrawn.

“I have worked with Federico Rosa since 2008,” Kiprop said in a 2016 statement. “I will work with Rosa to my retirement. I will stand out for the truth,”

More than 40 Kenyan runners have tested positive for doping since the 2012 Olympics. Kenya was deemed “non compliant” by the World Anti-Doping Agency in 2015 but managed to be re-instated before the start of the 2016 Olympics in Rio de Janeiro.