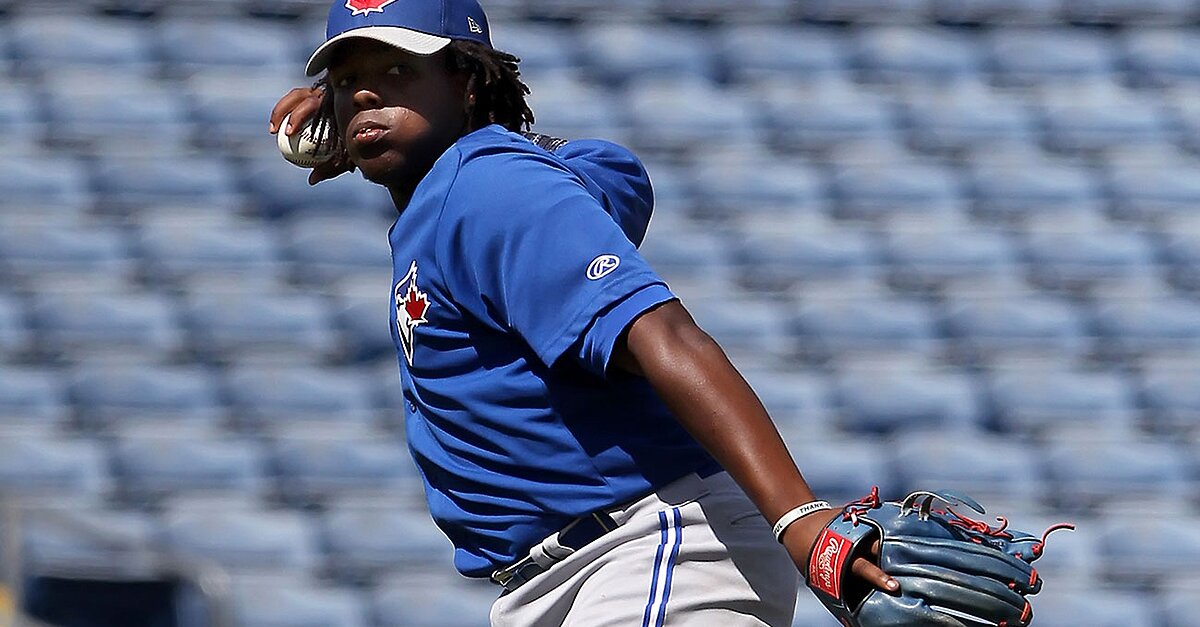 The phenom has raked in Double-A unlike any we’ve seen before.

Minor League phenom Vladimir Guerrero Jr. will take another big step towards the Majors, as he will be promoted to Triple-A Buffalo upon returning from the DL with a left knee injury, The Toronto Sun reports.

Guerrero is the No. 1 prospect in baseball according to MLB Pipeline. He has not played since June 6 due to a strained patella tendon, but has been rehabbing in Florida. Prior to his injury, Guerrero was hitting an unprecedented .407/.457/.667 with 11 home runs and 55 RBIs in 204 at-bats for Double-A New Hampshire.

The 19-year-old has taken the league by storm, showing flashes of his father’s Hall of Fame play. The Blue Jays have kept a modest approach toward his progression, keeping him in the Minors to improve his defensive abilities at third base.

Toronto currently sits in fourth place in the American League East with a 41-48 record, so they will not rush Guerrero to the Major League team.

“Miguel Cabrera is probably the best comparison because he has juice and also uses the whole field,” New Hampshire hitting coach Hunter Mense told MiLB.com in May. “He has excellent barrel-to-ball skills and command of the strike zone. I realize that’s a pretty lofty comparison.”

Although Guerrero’s injury set him back a little bit, he may just be in a Blue Jay uniform when rosters expand in September.