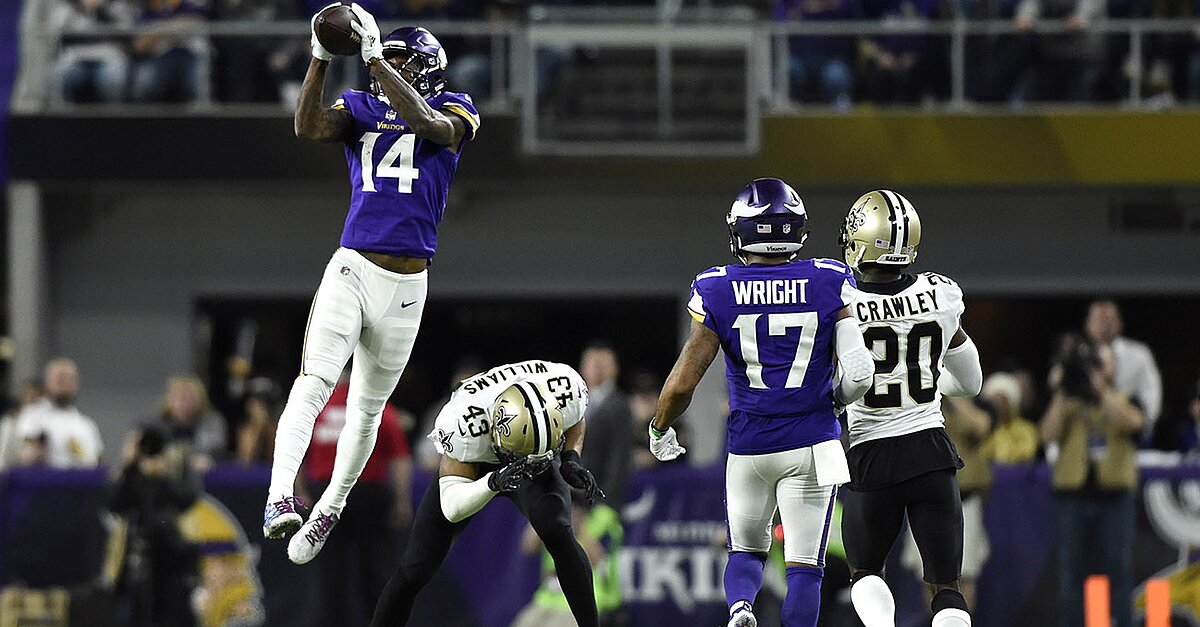 Stefon Diggs, Vikings closing in on a five-year contract extension.

Diggs is set to make $1.9 million this season, the last year of his rookie contract. This new deal ties him to the team through the 2023 season.

He was even more vital in the playoffs, hauling in 14 passes for 207 yards, including a 61-yard walkoff touchdown to give the Vikings a 29-24 victory over New Orleans Saints in the NFC Divisional Playoff.

The Vikings drafted Diggs in the fifth round of the 2015 draft out of Maryland.