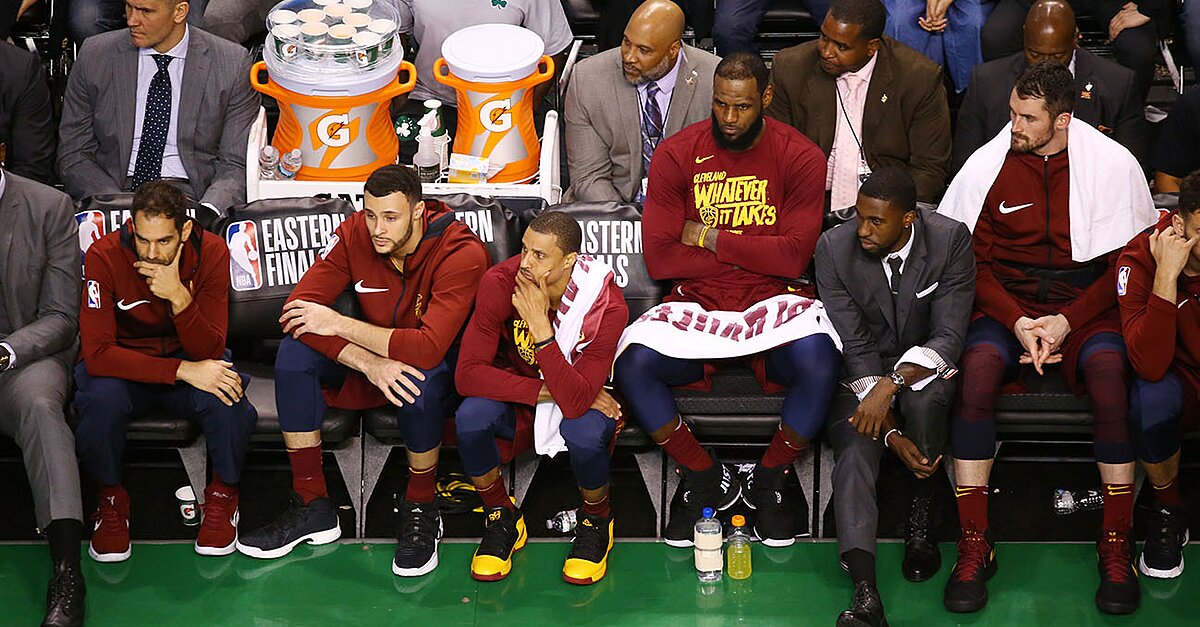 The Kyrie Irving trade did not work out well for Cleveland and some players were talking about how bad it was during the regular season.

The Kyrie Irving trade has not worked out too well for the Cavaliers considering the playoff contributions they’ve gotten from the players they received in return and with the Nets’ pick landing at the No. 8 spot.

On Tuesday, everything went sour for Cleveland as the team learned it would not move up in the draft lottery and get back at least a top three pick in exchange for the 2011 No. 1 pick, and it fell behind 0-2 in the Eastern Conference finals to the Boston Celtics, the team Irving was traded to.

Well, even before the Cavaliers found themselves in this predicament, an unnamed player had already expressed how he felt the team was robbed in the blockbuster deal.

“Danny Ainge is a f—–g thief,” an anonymous player reportedly said during a rough stretch of play in the winter, according to Jason Lloyd of The Athletic.

Boston sent Cleveland Isaiah Thomas, Jae Crowder, Ante Zizic and two draft picks including the Brooklyn Nets’ 2018 first-round pick in exchange for Irving back in August. The Cavaliers have since traded Thomas along with Channing Frye to the Lakers for Jordan Clarkson and Larry Nance Jr. They also traded Crowder to the Jazz along with Derrick Rose in a three-team deal that also involved the Kings and brought Rodney Hood and George Hill to Cleveland.