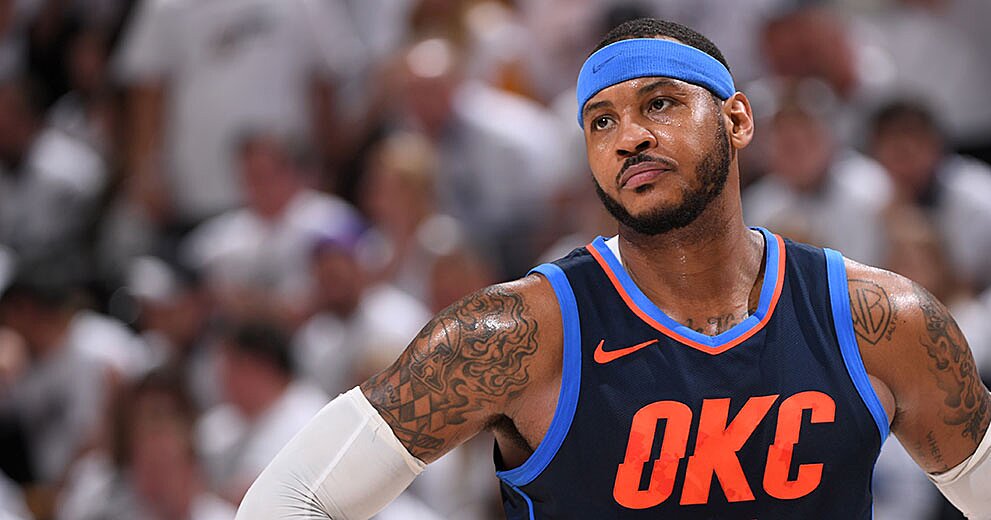 Oklahoma City is looking to drop its payroll from $300 million.

The Oklahoma City Thunder and Carmelo Anthony are working to part ways, according to ESPN’s Adrian Wojnarowski and Royce Young.

The Thunder are in talks with Anthony’s representatives to work out a trade or ultilize the NBA’s stretch provision or a buyout-and-stretch combination. Anthony opted into the final year of his contract and did not join the 2018 free agency class. He is headed into the final year of his five-year deal worth $129 million that he signed with the New York Knicks in 2014. He is owed $27.9 million next season.

The Thunder can use the stretch provision on Anthony’s salary for next season to cut $107 million off the team’s 2018-19 payroll and luxury tax bill. Oklahoma City is expected to explore possible trade partners while also keeping in mind that Anthony has the ability to veto a trade. When the Thunder signed Raymond Felton this week, it pushed the payroll past the $300 million threshold.

According to ESPN, the stretch provision cuts $90 million in tax, which would bring the Thunder’s bill from $150 million to $60 million. It would also take Anthony’s salary annually onto the Thunder’s cap for $9.3 million over three years.

The Thunder acquired Anthony, 34, in a trade with the Knicks before last season. He averaged career lows of 16.2 points on 40.4% shooting last season.