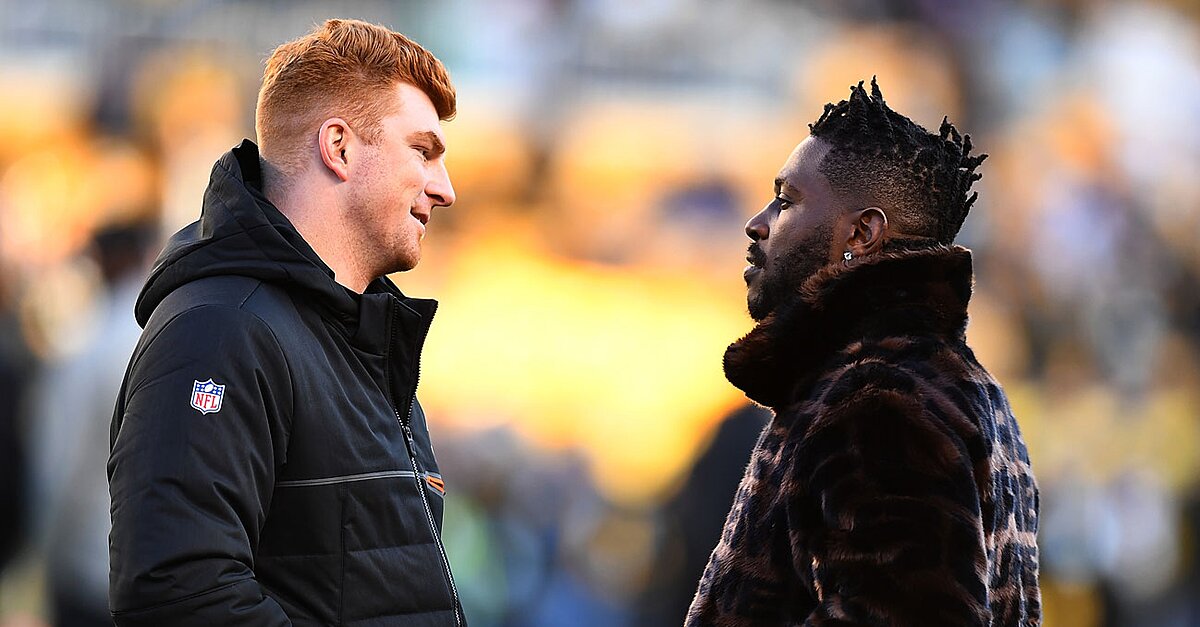 The team cited Brown’s absence from practice and Sunday’s game as the result of a knee injury.

Steelers wide receiver Antonio Brown did not play in Pittsburgh’s season finale against the Bengals after opting to sit out practice last week following a heated dispute with quarterback Ben Roethlisberger, according to the Pittsburgh Post-Gazette.

The newspaper detailed a disagreement between the two players that occurred Wednesday morning during the team’s morning practice. Brown reportedly became “disgusted and threw a football in anger.”

Brown did not practice the rest of the week, which was his own decision, the Post-Gazette added. He did not attend Saturday’s walk-through practice and was also absent from the Steelers’ Saturday night meeting at the hotel. The All-Pro reciever was not on the field for the start of the game against the Bengals and reportedly left Heinz Field at halftime, despite the fact that Brown arrived expecting to play, per the report.

The Post-Gazette reported that the incident with Roethlisberger was the real reason that he did not play Sunday. The decision had nothing to do with his knee injury, which the team had announced as his official reason for sitting.

“Coming out of the (Saints) game AB was experiencing some knee discomfort,” Coach Mike Tomlin said Sunday. “I gave him a vet day on Wednesday. He got in here (Thursday) and didn’t feel comfortable enough to do it. We sent him for tests (Friday).”

Several sources told the Post-Gazette that Brown’s knee was never actually tested. The nine-year veteran did not try to test his knee in Sunday’s pregame warm-ups, even though Tomlin had said his status would be a game-time decision.

Brown had skipped a team meeting a week earlier before the team’s loss to New Orleans but still played in the game.

Pittsburgh (9–6–1) managed a 16–13 win over Cincinnati without Brown, but was still eliminated from playoff contention when the Baltimore Ravens defeated the Cleveland Browns.

Brown finished the season with 1,297 yards and 15 touchdowns, a league high and team record, through as many games played.