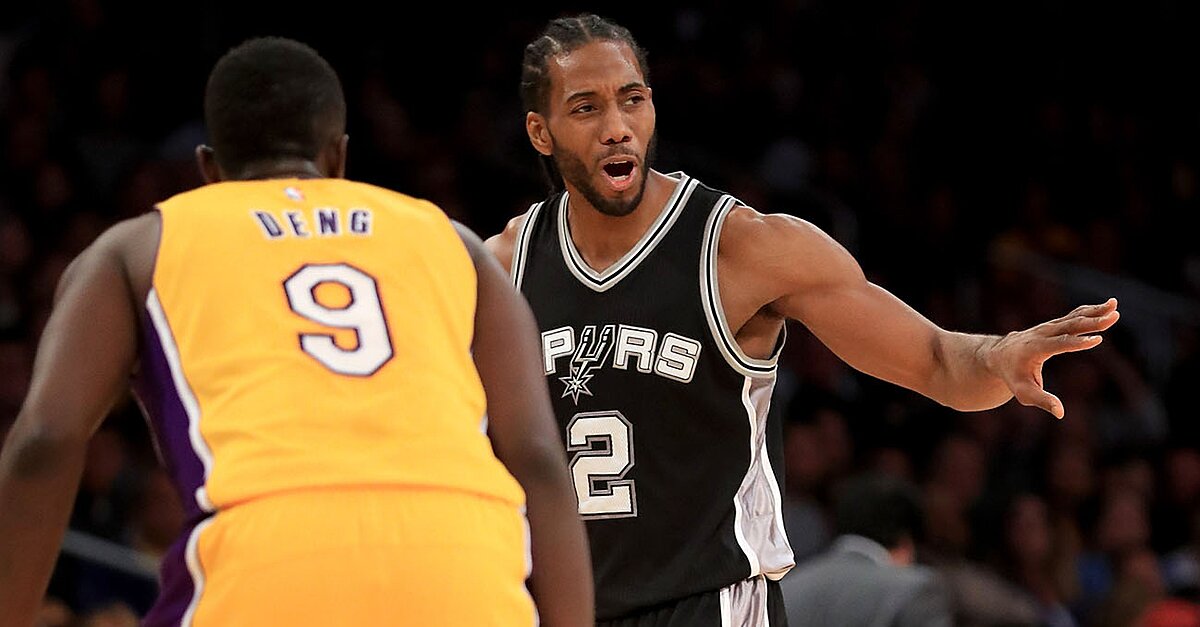 The Lakers have reached out to the Spurs to express interest in making a deal for Kawhi Leonard, Shams Charania of Yahoo Sports reports. However, Ramona Shelburne of ESPN reports the conversation did not get far, as no players were discussed and the talks have not continued.

Shelburne reports that it was within the last week that Los Angeles reached out to San Antonio about a potential deal and a source added, the Spurs “basically shut the door on” the Lakers.

It was reported last week that Leonard “has grown uncomfortable with the Spurs” and would prefer to go to the Lakers.

Earlier this week it was reported that San Antonio coach Gregg Popovich went to Southern California to talk with Leonard about staying with the Spurs.

The two-time Defensive Player of the Year only has one year left on his deal before he can use his player option to become a free agent in the summer of 2019. The Spurs could offer Leonard a super-maximum extension of five years, $219 million this summer, but if he doesn’t take it, he will need to win either MVP or Defensive Player of the Year or make one of the All-NBA teams to be eligible to receive that same offer in 2019.

The Lakers hold the Nos. 25, 39 and 47 picks in Thursday’s NBA draft and San Antonio has Nos. 18 and 49. You can see how each team might end up using those picks in Jeremy Woo’s Mock Draft.