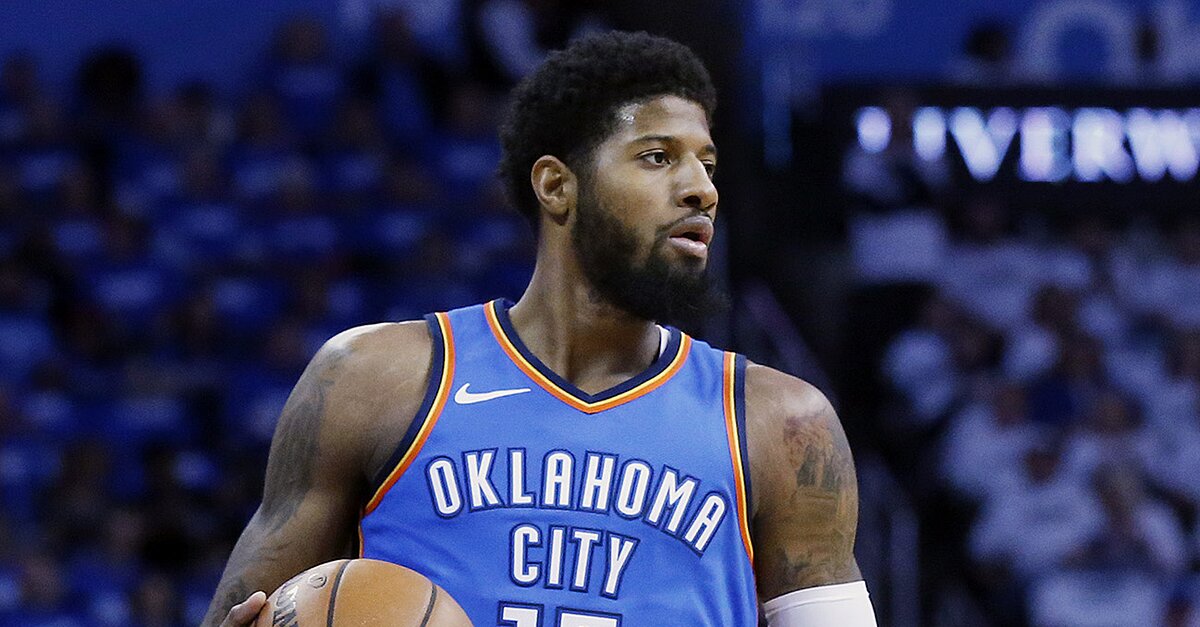 Paul George reportedly opts out of $20.7 million contract. Could the Lakers sign the five-time All-Star?

Oklahoma City Thunder forward Paul George has informed the team that he will opt out of his contract, becoming an unrestricted free agent, reports ESPN.com’s Adrian Wojnarowski.

George had until Friday to decide whether to opt in, which would pay him $20.7 million in 2018–19, the last season of a five–year, $91.6 million deal he signed as a member of the Indiana Pacers.

He is eligible to sign a five-year, $176 million contract extension if he re–signs with Oklahoma City.

The 28–year-old George was traded to Oklahoma City last July, with the Pacers receiving Victor Oladipo and Domantas Sabonis in return.

Among the teams reportedly going after George in free agency, include the Los Angeles Lakers, with the Philadelphia 76ers and Houston Rockets also reportedly interested in the five–time All-Star.

It was reported that last summer George told the Pacers that he planned to leave the franchise, preferring to join to Lakers. He was instead traded to Oklahoma City.

George averaged 21.9 points, 5.7 rebounds and 3.3 assists in 79 games this season for the Thunder and was named a third-team All-NBA performer.