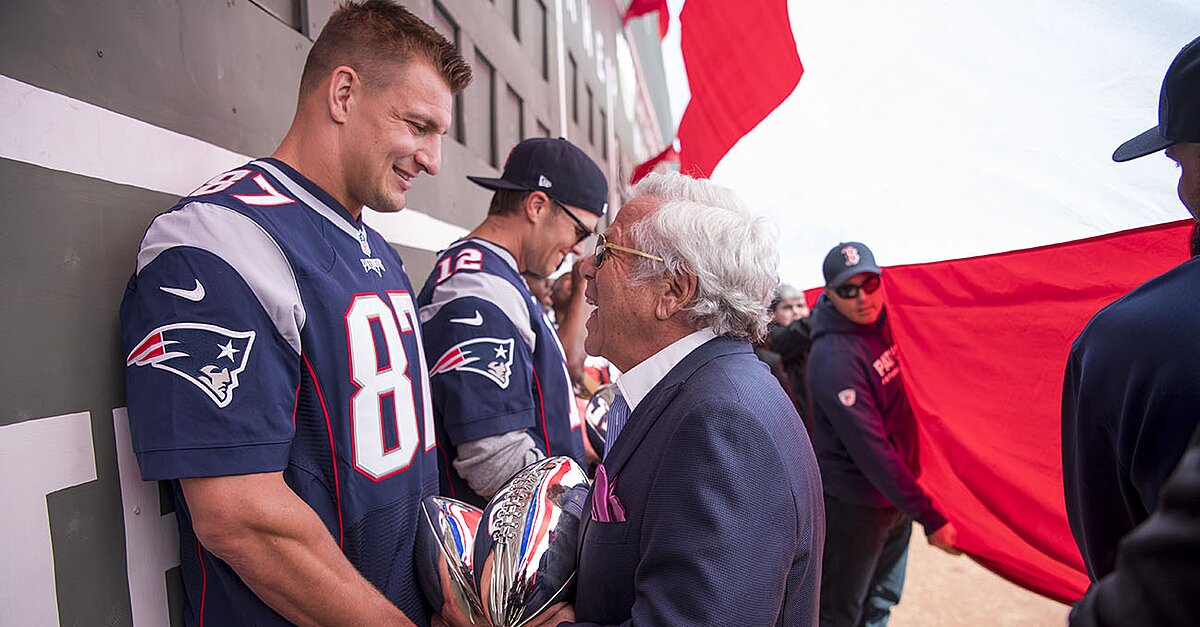 The All-Pro tight end was still contemplating retirement during the time New England was calling teams about potential deals.

While Rob Gronkowski was still deciding on his future after the Super Bowl LII loss, the Patriots were calling teams to figure out potential trades involving the All-Pro tight end, Mike Florio of Pro Football Talk reports.

According to Florio, New England was making calls up until three days before the NFL draft. Gronkowski announced that he would be coming back for the 2018 season just two days before the draft.

Prior to the announcement in late April, Gronkowski played coy with the media, saying he was more focused on motocross than the Patriots offseason workouts and spending time discussing the racing horse named after him instead of addressing whether or not he would retire before the upcoming season.

Florio adds that if New England could have found a potential trade involving Gronkowski, some believe they would have used that deal to acquire the pieces needed to move up to draft Baker Mayfield, who ended up going to the Browns with the No.1 pick. According to Florio, it is unknown just what the Patriots were looking for or just how close they got to completing a deal.

Gronkowski was in attendance at Patriots minicamp. The five-time Pro Bowler is entering his ninth season in the NFL and coming off his fourth career All-Pro season in which he caught 69 passes for 1,084 yards and eight touchdowns.