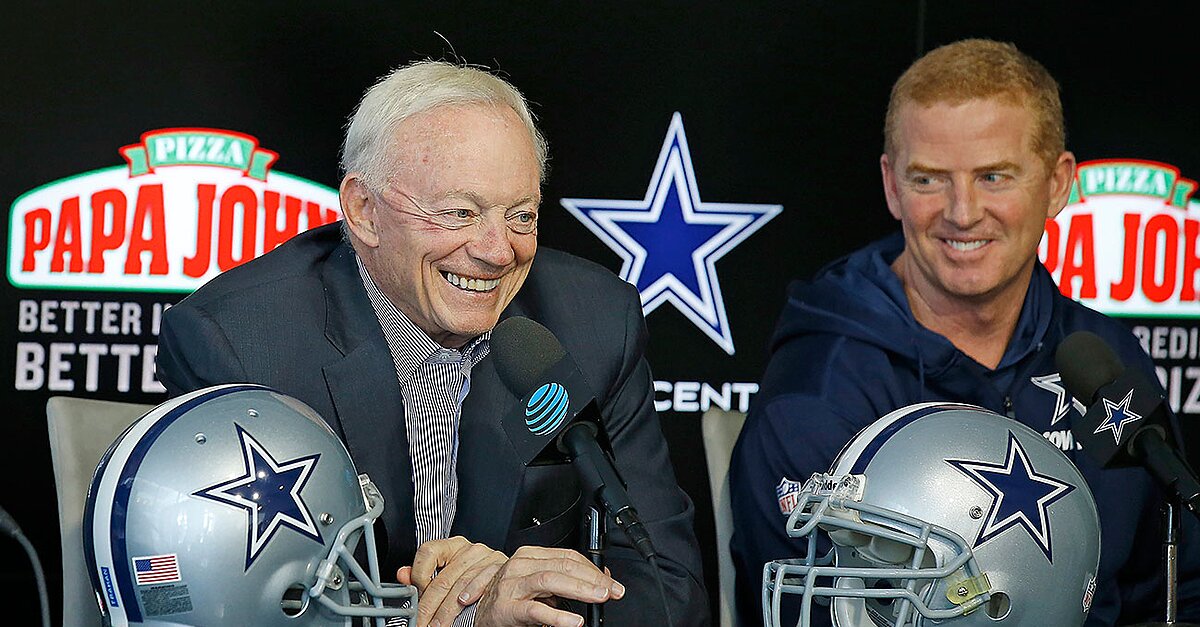 The NFL has told Dallas Cowboys owner Jerry Jones to stop talking about the national anthem policy, according to a report from the Fort Worth Star-Telegram.

According to the report, Jones was scheduled to talk to several television stations on Sunday, but told them that he would not answer questions about that topic.

Jones also said that the Cowboys policies about the anthem were not permitted.

Jones sparked controversy last week when said that his players will stand on the field during the national anthem this upcoming NFL season, going against a league policy on the issue.

“Our policy is you stand during the anthem, toe on the line,” Jones said.

Jones’ son, Stephen who is team’s executive vice president, doubled down on that stance saying players will stand “if they want to be a Dallas Cowboy.”

One player, Philadelphia Eagles safety Malcolm Jenkins, who has protested in the past during the anthem said that Jones was “a bully,” while Cowboys quarterback Dak Prescott and running back Ezekiel Elliott said they have no issue with Jones’ stance concerning the anthem.

The NFL and NFL Players Association said they had reached a “standstill agreement” last week on the anthem policy, adding no new rules would be “issued or enforced for the next several weeks.”

In May, NFL owners voted on a new national anthem policy, removing a requirement for players to be on the field for the anthem, and giving the players the option to stay in the locker room.

Teams who did not adhere to the policy and “do not show proper respect for the flag and Anthem” on the sidelines were subject to fines.