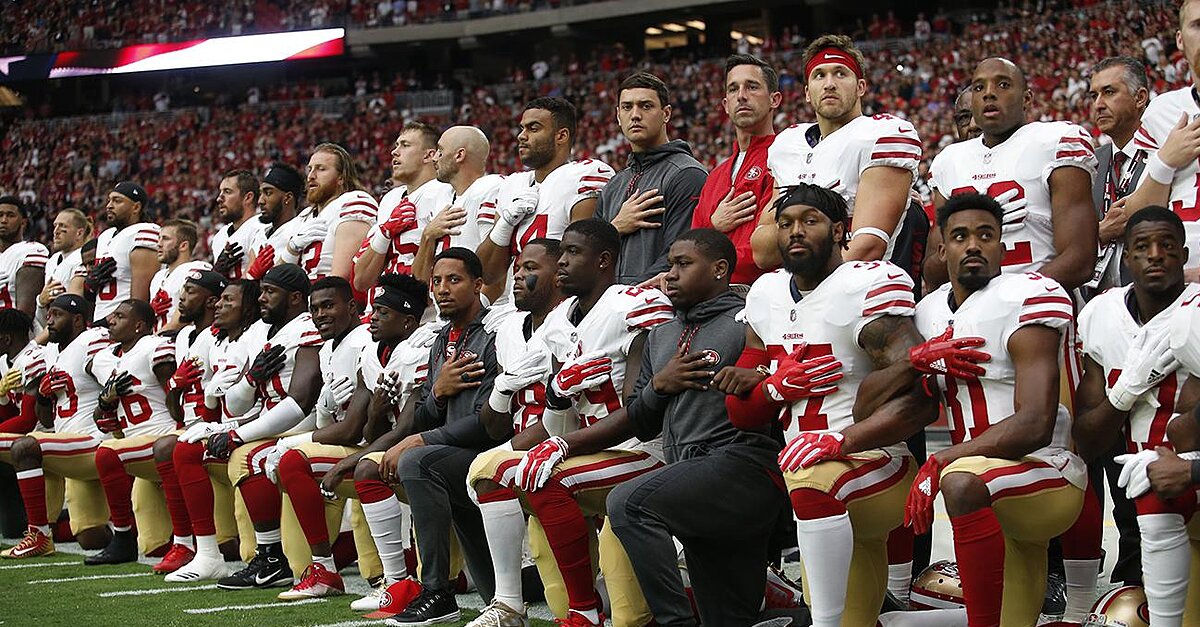 Owners are expected to vote on the change this month.

The NFL is now considering allowing individual teams to make their own decisions on this policy, according to Mark Maske of the Washington Post.

Although the league has said that players can protest during the anthem, many teams and owners have expressed their displeasure with their players’ form of social justice.

Cowboys owner Jerry Jones, one of many owners against the protests, said in October there was “no question the league is suffering negative effects from these protests.” He also said any player who “disrespects the flag” would be benched.

“My guess is they will leave it up to the teams,” a high-ranking official said.

Colin Kaepernick started the protests against racial and social injustice in America and it quickly spread throughout the league. Kaepernick opted out of his contract with the 49ers in March 2017 and was not signed by any team last season. He remains a free agent.

After receiving backlash from fans on both sides, the NFL appears to be putting the onus of anthem protests on the owners.