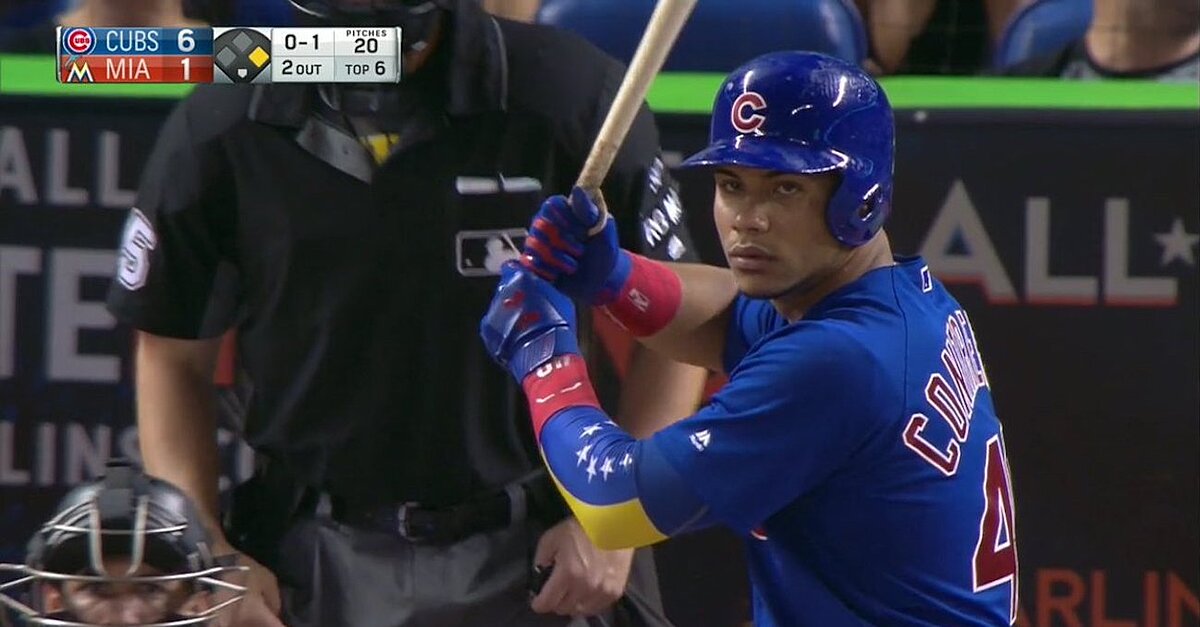 Contreras and his teammates were upset with the MLB.

Just a few days after teammate Ben Zobrist complained about the MLB’s uniform policy, Chicago Cubs catcher Willson Contreras was reportedly told by the league that he is prohibited from wearing his Venezuela arm sleeve, according to NBC Sports Chicago.

Contreras received a letter from the league office about the sleeve that depicted the flag of his home country.

Ben Zobrist faced similar issues and was banned from wearing all-black cleats. Although Contreras has yet to comment about the situation, Zobrist was clearly upset, posting an Instagram post directed towards MLB, calling for some leniency.

“I just heard nothing but positive stuff from fans and players,” Zobrist said. “I think that’s the direction the game needs to go — more freedom with expression in certain ways like that which are small compared to arm sleeves and other things.”

The Cubs have supported their teammates.

“There’s definitely something going on,” reliever Steve Cishek said. “Last year, when we had all the nicknames and stuff like that [during Player’s Weekend], guys wore whatever they wanted on their shoes and it turned out awesome. MLB gave us full reign to wear whatever we wanted, so they didn’t really put any restrictions on us.

The league office has yet to comment on the players’ frustration.