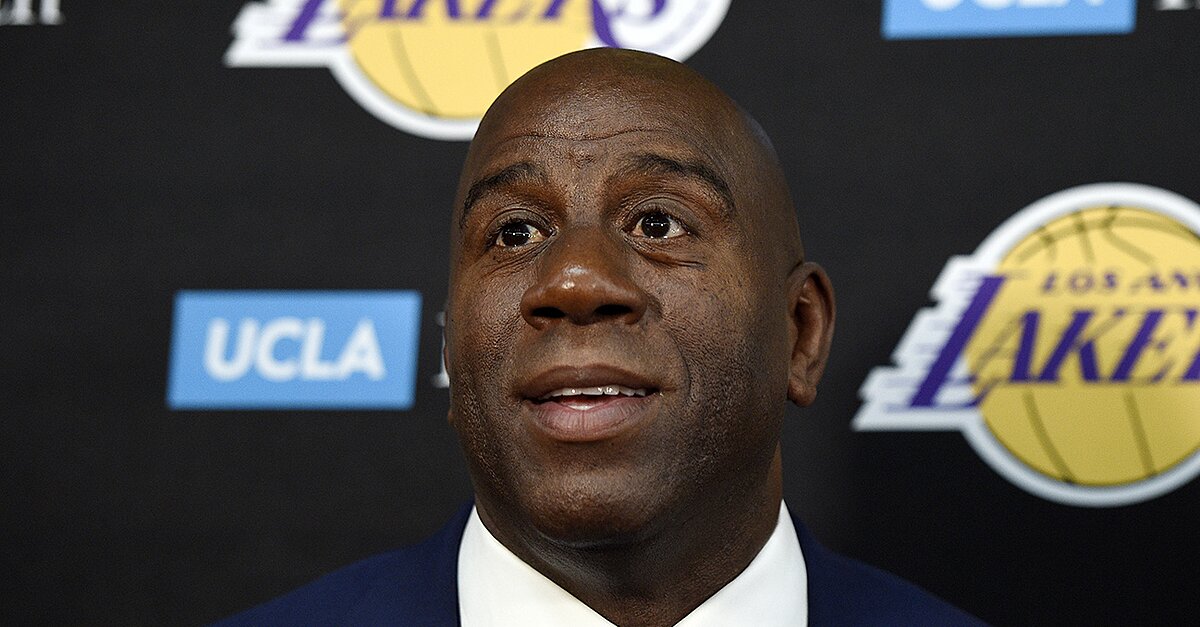 The Lakers reportedly warned staff in an organizational meeting about tampering ahead of the free-agency signing period.

The Lakers warned staff in an organizational meeting about tampering ahead of the free-agency signing period, reports ESPN’s Ramona Shelburne.

President of basketball operations Magic Johnson led the meeting after it was called by co-owner and governor Jeanie Buss. Some employees received written notice that discussed possible termination as punishment, according to Shelburne.

The Lakers have been disciplined by the NBA for tampering twice in the past year. They incurred a $500,000 penalty in August because general manager Rob Pelinka had improper contact with Paul George’s agent. Johnson was also warned for speaking about George on Jimmy Kimmel Live. The team was then fined $50,000 in February for tampering after Johnson made comments complimentary of Giannis Antetokounmpo in an ESPN story.

This free agency period is big for the Lakers, with many predicting LeBron James will end up in Los Angeles.