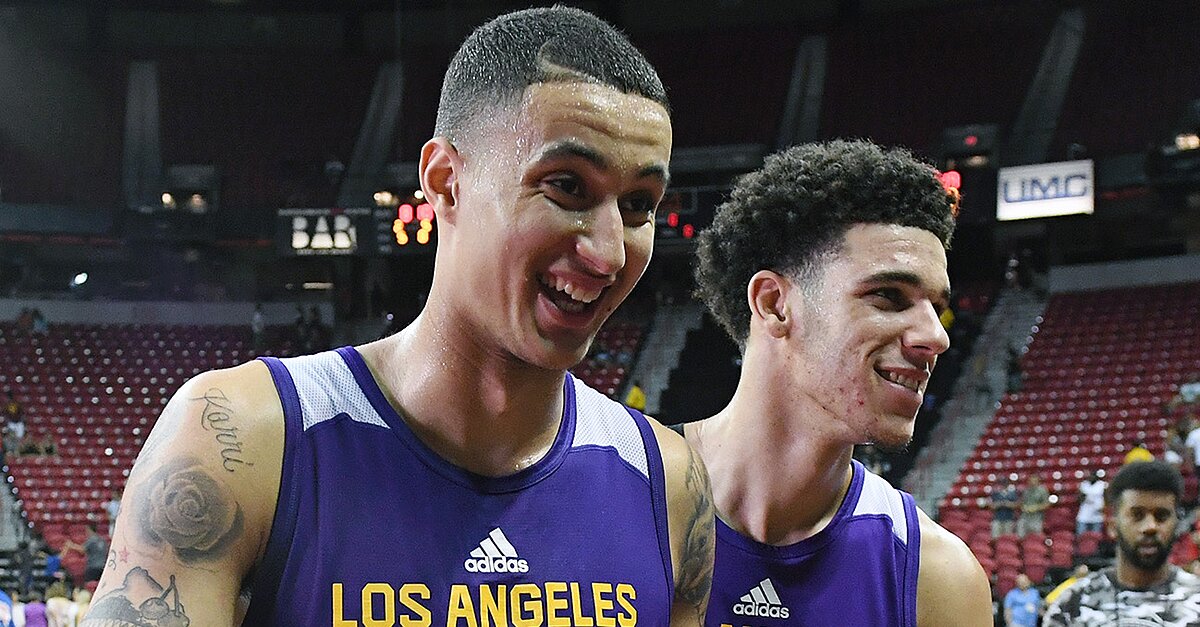 Lonzo Ball and Kyle Kuzma may be teammates but that hasn’t stopped the Lakers from reportedly telling the two to tone down the social media roasting.

Lonzo Ball and Kyle Kuzma may be teammates but that hasn’t stopped the Lakers from telling the two to tone down the social media roasting, reports ESPN’s Ramona Shelburne and Ohm Youngmisuk.

While the two are friends, Los Angeles is concerned about the personal nature of the digs, according to ESPN.

The roasting continued this week when Ball released a diss track on iTunes on Monday called “Kylie Kuzma,” in which Ball takes shots at Kuzma’s selfies, the fact that he won’t be as great as Russell Westbrook and that he doesn’t have his own signature shoe yet.

There was also a line about Kuzma’s relationship with his biological father, prompting Kuzma’s mom to get involved.

Well, the team has reportedly talked to both players and they agreed to tone down the jokes. The Lakers dealt with a social media fiasco involving D’Angelo Russell and Nick Young in 2016, and the team wanted to deal with this before it escalated, reports ESPN.