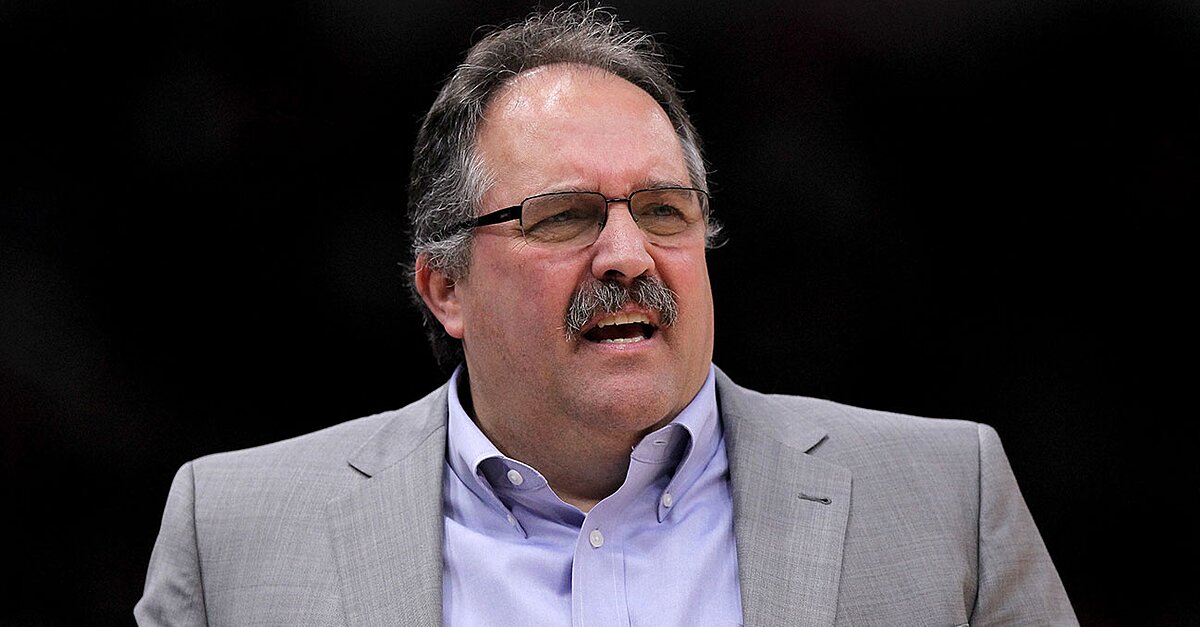 Van Gundy joined the Pistons in 2014 and secured just one playoff berth in that span.

“We have decided that this change is necessary to take our basketball organization to the next level,” said Pistons owner Tom Gores in a statement. “This was a very difficult decision and we did not come to it lightly. I am grateful to Stan for everything he’s done for the Pistons and for the City of Detroit. He rebuilt the culture of our basketball team, re-instilled a winning attitude and work ethic, and took us to the playoffs two years ago. He went all-in from day one to positively impact this franchise and this community.”

Van Gundy had one year and $7 million left on his original five-year deal before the two parties decided to call it quits. Owner Tom Gores said Van Gundy wanted to stay but the team decided that change was necessary to regain momentum.

“He retooled a roster that we think can be very competitive in the East,” Gores said. “I know he’s disappointed, and that he cares deeply about his players, his staff, this organization and this city. He’s also a professional who will make sure this is a seamless transition, and someone I hope will be a friend and adviser to me long after this transition is completed.”

Van Gundy tallied a regular season record of 152-176 (.463) with the Pistons. This season, Detroit missed the playoffs for the third time in four years during Van Gundy’s tenure, finishing with a 39-43 record.

Van Gundy engineered the Blake Griffin trade in February, but the Pistons dealt with injuries to Griffin and starting point guard Reggie Jackson in an underwhelming season.

The lone playoff berth for Detroit under Van Gundy came in 2015-16, when they earned the No. 8 seed in the Eastern Conference with a 44-38 record. The Pistons were subsequently swept by the Cleveland Cavaliers in the first round.

Van Gundy, 58, has coached for the Miami Heat, Orlando Magic and Detroit Pistons in his career. Although he has never won an NBA title, Van Gundy served as the All-Star Game head coach in 2005 and 2010.