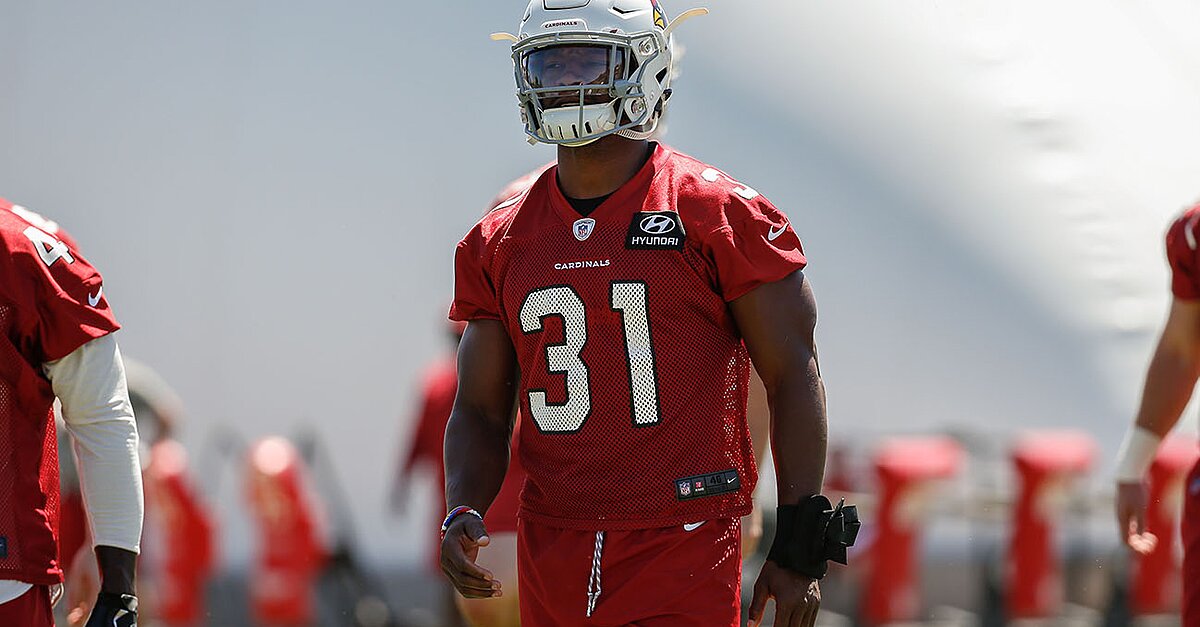 The Cardinals running back will be entering his fourth season in the NFL in 2018.

The Cardinals and David Johnson are in the midst of contract negotiations and the All-Pro running back will skip mandatory minicamp that begins Tuesday, Adam Schefter of ESPN.com reports.

Johnson missed 15 games last season with a broken wrist he sustained in the season opener.

In 2016, Johnson rushed for 1,239 yards and 16 touchdowns to go along with 80 catches for 879 yards and four scores. Johnson’s 2,118 yards from scrimmage and 20 rushing and receiving touchdowns led the NFL that season as he earned an invite to the Pro Bowl and was named an All-Pro.

Johnson is entering the final year of his contract in 2018 and he is set to make $1.8 million this season.

Adrian Peterson and Kerwynn Williams led Arizona in rushing last season with 448 yards and 426 yards, respectively. Johnson, 26, ran for 581 yards and eight scores in his rookie season in 2015.