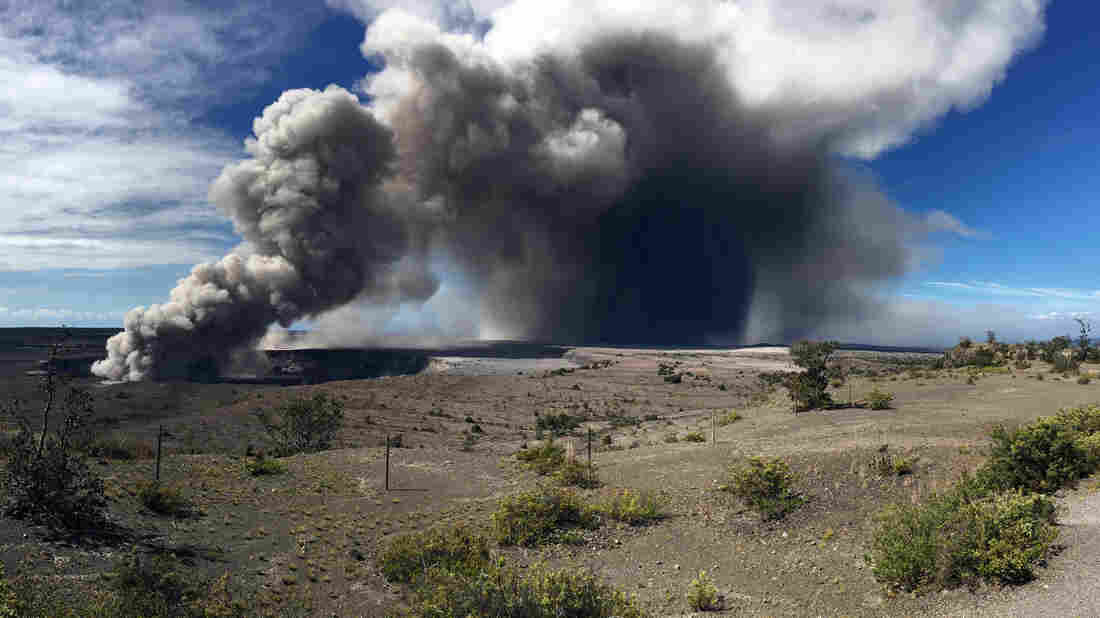 Activity at Halema’uma’u Crater that has increased to include the nearly continuous emission of ash with intermittent stronger pulses at Hawaii Volcanoes National Park at around 9 a.m. Tuesday. U.S. Geological Survey/AP hide caption 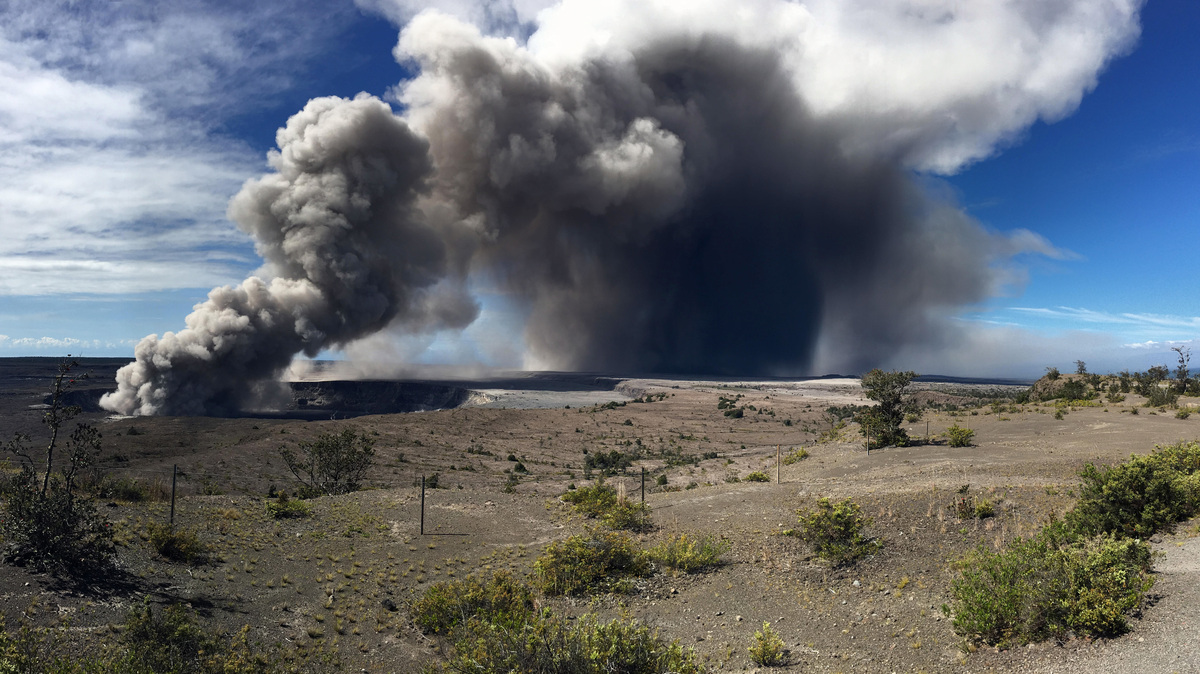 Activity at Halema’uma’u Crater that has increased to include the nearly continuous emission of ash with intermittent stronger pulses at Hawaii Volcanoes National Park at around 9 a.m. Tuesday.

A massive ash plume rising from a fissure on Hawaii’s Kilauea volcano has caused authorities to issue a red alert for airplanes in the region for the first time since the mountain suddenly ramped up its activity nearly two weeks ago.

What scientists have dubbed “vog” – a combination of volcanic gas and ash reached 12,000 feet into the sky above Kilauea — one of the world’s most active volcanoes.

In an updated advisory issued Tuesday afternoon Hawaii time, the U.S. Geological Survey said ash coming from a vent near the mountain’s crater “has generally increased in intensity.”

“Ash has been rising nearly continuously from the vent and drifting downwind to the southwest. Ashfall and vog (volcanic air pollution) has been reported in Pahala, about 18 miles downwind. [National Weather Service] radar and pilot reports indicate the top of the ash cloud is as high as 10,000 to 12,000 feet above sea level, but this may be expected to vary depending on the vigor of activity and wind conditions,” USGS said.

“At any time, activity may become more explosive, increasing the intensity of ash production and producing ballistic projectiles near the vent,” the Hawaii Volcano Observatory said in a statement on the change in aviation alert level from orange to red .

For airplanes, not only does the ash reduce visibility, but also more importantly volcanic ash can wreak havoc on jet engines.

As Wired reported in 2014 when the eruption of an Icelandic volcano disrupted air traffic, that volcanic ash is “abrasive enough to erode the blades of the compressor (which increases the pressure of the air that feeds the jet engine), reducing its efficiency. The ash that gets into the combustion chamber can melt, producing a substance like molten glass. That then solidifies on the turbine blades, blocking air flow, and potentially stalling the engine.” (Earlier, in 2010, the eruption of another Icelandic volcano, Eyjafjallajökull, virtually shut down commercial aviation to and from Europe for days)

Hawaii Public Radio reports that a total of 20 fissures have appeared since Kilauea’s latest upsurge in activity became evident on May 3 in the housing subdivision of Leilani Estates. The eruption has destroyed 25 homes and covered 115 acres in lava.

For a look at the affected area at street level, click here.

Authorities on Tuesday announced the 20th fissure had opened in the Lanipuna Gardens subdivision adjacent to Leilani Estates. According to The Associated Press, “Another fissure that opened up last weekend was sending molten rock crawling toward the ocean at about 20 yards per hour.”