Real Madrid centre midfielder Dani Ceballos looks likely to escape his Bernabeu hell this summer by returning to former club Real Betis. The 21-year-old has only accumulated 900 minutes of football over the entire season – spanning across 22 games – and is desperate to leave Los Blancos.

Despite joining Zinedine Zidane’s side with a huge amount of promise in his €16m transfer last summer, Ceballos hasn’t been handed the opportunity to impress his manager over the course of the campaign; and only has two goals (with no assists) to show for his time in the capital.

And now, he seems set to return to Betis, according to El Confidencial. Madrid are determined to recoup the money they paid for the player last year, and will not accept anything lower than the €16m they paid.

They do, however, insist that a buy-back clause is inserted into the deal, meaning that should they choose to, The Whites can purchase Ceballos again for a pre-determined fee.

In light of this, Betis will do their best to drive down the cost of re-signing the central midfielder. 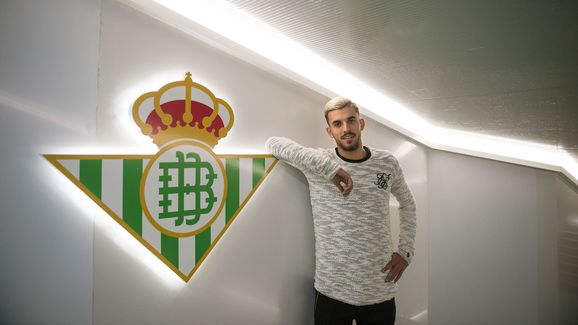 There is little doubt that a deall will eventually be ironed out between the two sides, but it seems that they’re currently stuck in a standstill in regards to the negotiations. Ceballos, though, is desperate to return home.

His reception would be a warm one, with the coach, players and fans all looking forward to see him return; especially with the prospect of European football coming their way when next season begins