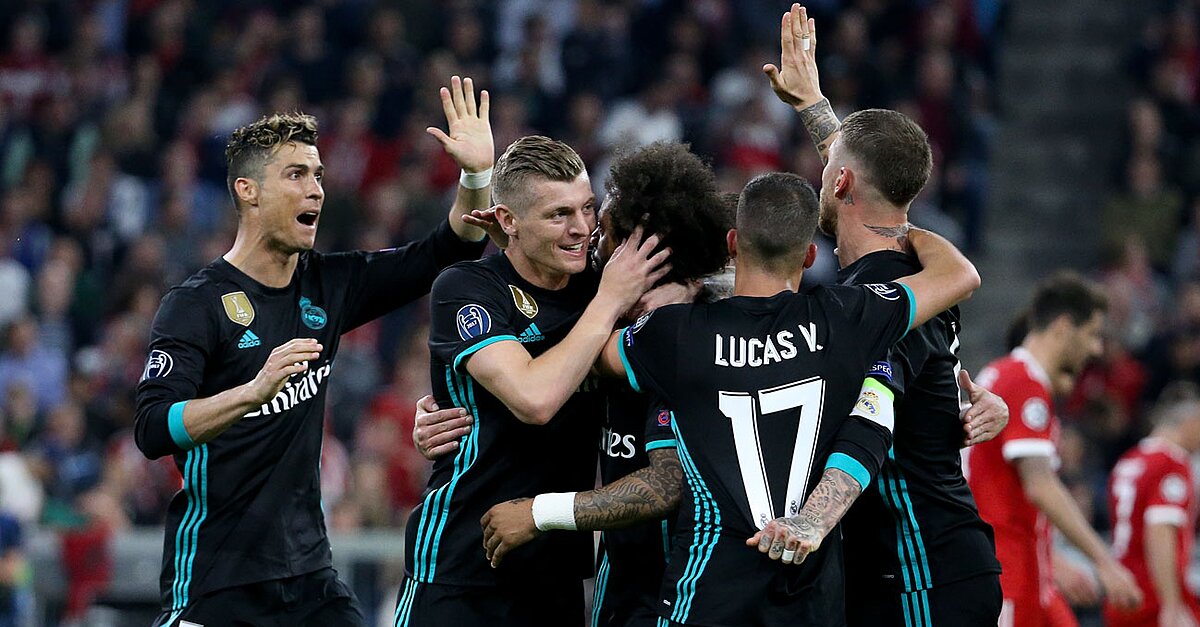 There is something troubling about this Real Madrid. It has won three Champions Leagues in the past four years. Last season, it became the first side since AC Milan in 1990 successfully to defend the European title. On Saturday it could become the first since Bayern Munich in 1976 to win three in a row. To win four Champions Leagues in five seasons would–obviously–be an astonishing achievement. And yet this does not feel like a great side. There is no sense of it pushing the boundaries of what is possible in football as Barcelona did under Pep Guardiola, or Milan under Arrigo Sacchi. It has, after all, won only two league titles in the past decade.

Sustained periods of European success have never meant absolute domination at home. In the pre-Champions league days, when only the champions of each nation, plus the previous season’s European champions qualified for the European Cup, teams would have to negotiate only five rounds. A kind draw could make it possible to reach the final without playing anything better than moderate opposition.

That’s not to devalue the old European Cup. Those were different times. To suggest it was easier to win would be to deny what an achievement it was even to be taking part. Luck played an enormous part. A difficult draw, one bad performance or one poor refereeing decision could end a challenge at any stage. There was an arbitrariness that meant winning the tournament took on the nature of a quest; and if a side failed, there was no guarantee it would be back the following season.

The Champions League could hardly be more different. If you’re rich enough, something has to go badly wrong for you not to reach the quarterfinal. This is the 11th year in a row that one of Barcelona, Real Madrid and Bayern Munich has reached the semifinals. Three times in that spell all three have gotten there. On four other occasions two have gotten there. Or to put it another way: in the last nine years there have been 36 semifinal slots available, and 19 have been filled by Real Madrid, Barcelona and Bayern.

That has a paradoxical effect. On the one hand, a European champion will almost certainly have had to play three very good sides in winning the tournament. That is what led to the 27-year run of teams failing to defend the title. Barcelona in 2010 perhaps came closest, undone in the semifinal against Inter by the eruption of an Icelandic volcano that meant it travelled to the first leg by bus and faced the heroic defending of Jose Mourinho’s side in the second.

But on the other, in years when there is no outstanding team, the Champions League can feel a little like a game of pass-the-parcel. Turn up often enough and eventually the music will stop when the prize is in your hands. That’s how Chelsea won in 2012, clinging on valiantly against Barcelona in the semifinal and Bayern in the final with an aging side that was probably its weakest of the Roman Abramovich era.

To an extent, Real Madrid’s recent success feels like an extension of that. Clearly this side is rather better than Roberto Di Matteo’s, but it doesn’t feel outstanding. Its run to success two years ago was as easy as draws get: a weak Roma, Wolfsburg, a supine Manchester City and then a penalty shootout win in the final against Atletico, city rivals whom Real has traditionally bested and whose budget is a fraction of its own.

Last season and this have been rather trickier. But still, there is no great sense of cohesion–or rather, what cohesion does exist is the result of the passing ability of Toni Kroos and Luka Modric rather than anything more related to the system. At both ends of the pitch, Madrid has players capable to turning any game its way: in Cristiano Ronaldo the greatest goalscorer in Champions League history, and in Sergio Ramos a leader and defender of the last-ditch school.

Zinedine Zidane has been dismissed by some in Spain as a clap-clap coach, somebody who offers gentle encouragement but essentially lets the players get on with it. That’s clearly not fair; he has a habit of game-changing substitutions, and yet Madrid seems to lack any capacity to control a game, something most evident in the quarterfinal this year when it almost let a 3-0 first-leg lead slip at home against Juventus.

The lack of league success suggests an inability to sustain top form over a season. What Madrid is good at, rather is winning key battles in key games. That’s a very useful skill to have, of course; whether it’s enough for greatness is another matter.