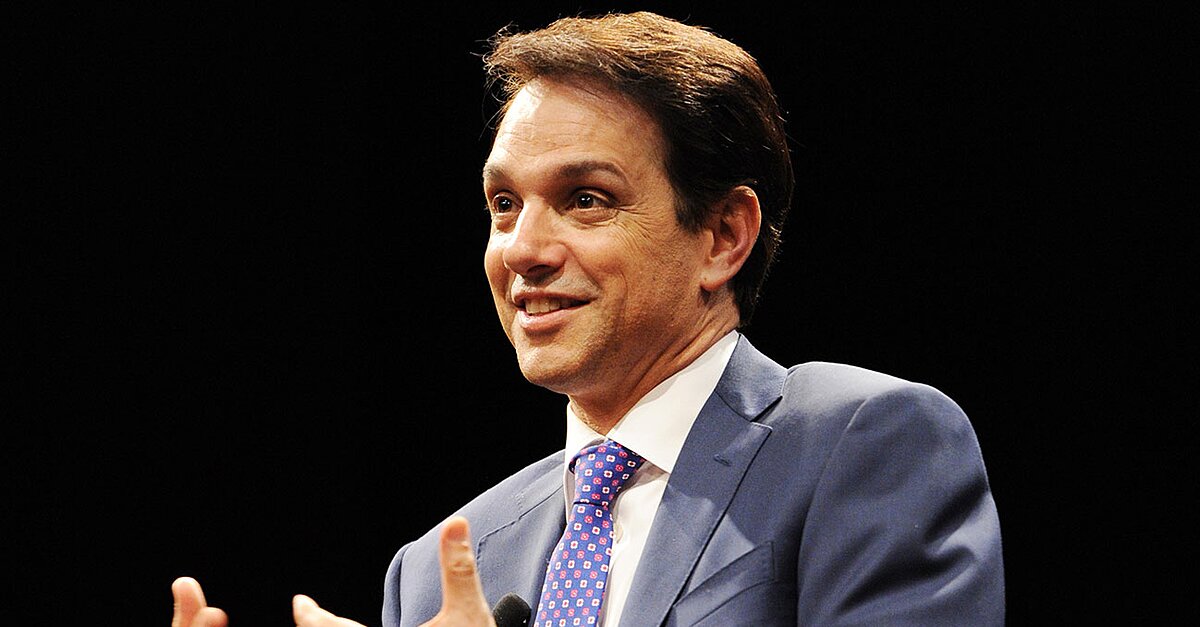 More than 30 years have passed since Ralph Macchio’s crane kick hit William Zabka in the face to conclude the 1984 hit movie The Karate Kid but he has decided to reprise the role of Daniel LaRusso for the new series Cobra Kai.

In the new series, LaRusso and his rival, Johnny Lawrence, cross paths again as men in their 50s. Lawrence decides to re-open the Cobra Kai karate dojo where he fought as a kid. LaRusso is looped back into karate soon after hearing the news but has slightly lost his way in life without his sensei Mr. Miyagi.

Macchio stopped by the Sports Illustrated offices for a brief chat about the legacy of the original Karate Kid trilogy and what’s to come next in the series. The following interview has been edited lightly for clarity.

Chris Chavez: You did three Karate Kid movies. After each one of the films wrapped up, how did you feel about each one? You make the first and it propels you to fame. A second one is a box office hit. By the end of the third one, are you sure ‘This is finally over’ and you’re ready to move on?

Ralph Macchio: In truth, it was always a three-picture deal. When I was cast, Columbia Pictures at the time started thinking, ‘Maybe we should lock everything up because if this works, we don’t want to go back and have to pay a lot more.’ My career was just starting. I was in ‘The Outsiders’ which was a good launching pad for me but The Karate Kid sent me into a different stratosphere. About a month before the film came out, I remember seeing the first movie in the Upper East Side of New York at a sneak preview and sitting in the back of a full theater with the producers, director and a couple other people. We walked outside and it was an unbelievable experience with people cheering. Everyone on Second Avenue was doing the crane kick. There were kids doing it. There were grandparents doing it. There were guys in their 20s and 40s trying it. The producers looked around and said, ‘I think we’re going to be making some more of these.’ It’s like when you sing the songs coming out of a Broadway show. You know it’s a hit show.

I liked what they did with the story in the second one by going to Okinawa and exploring Mr. Miyagi’s culture. It was a different place and different look. The first movie is still the gem and the one that has all the magic. The third movie was when it just became show business and they’re thinking ‘Let’s just make another one.’ I don’t think the script or story ever got to a great place. Even my performance as LaRusso just felt like it was repeating itself from the first one and it was never as good. That’s what happens in Hollywood and business.

After that, I thought I was kind of done but here I am 34 years later. Everything has changed though. You can have a five-hour movie and cut it up into five 30-minute parts and release it in one day. Now they’re there and you can watch this continuation of two characters who haven’t seen each other since the crane kick and they’re in polar opposite roles.

CC: Daniel’s character followed you for a long time and still does. When did it start to wear off and was that a good thing to advance your career in other roles?

RM: The shine comes off the apple pretty quickly but the apple of LaRusso has stayed with me since 1984. It will until long after I’m here. That’s a nice thing because that’s a character that’s represented so much hope and inspiration for many generations. Who knew? Did it make it tougher in certain avenues? It’s almost like you are Superman or one of these characters that becomes part of pop culture. Plus, he was a kid. I look young for my age so I hung around that youthfulness. It was challenging for a while and still is but who wouldn’t sign up for something that’s made a difference to a lot of people around the world for so many years. That’s a nice footprint to have.

CC: Was it a difficult decision to come back and reprise the role?

RM: It was very difficult. There were certain times, even as we’re shooting, where it feels like you’re standing on the edge of a pool and you don’t know if the water is 60 degrees or 85 degrees and you just have to hold your breath and jump it. It was a bit of a faith jump. It was hard just because I said no for 30 years. Everyone had a different pitch whether they were accomplished writers and producers or people on the street. For a while it felt better to let the legacy stand as it is. It’s become such a magical piece of pop culture and film. Why go to the well and come up short? Executive producers Jon Hurwitz, Hayden Schlossberg and Josh Heald worked on the Harold and Kumar franchise as well as Hot Tub Time Machine so they know how to write for a younger generation and they’re the huge Karate Kid fans. It’s like Star Wars to them. They treated it with such respect and talked to me about coming into it with the Johnny Lawrence angle and that side door. We find out where LaRusso has been up until this point and how both characters become protagonists in the story but antagonists to each other. It was a well-thought out pitch about where it would go and continue to go. Timing was right. The angle was right. Hopefully we’re doing this for a few more seasons.

CC: If they’re big fans of the show, they have to somehow work in a tribute component for Pat Morita who played Mr. Miyagi but passed away in 2005. Was that hard to find when people were pitching you on revivals over the years?

RM: That was one of the first things I thought about. When they said, ‘We want to do a show called Cobra Kai.’ I was like, ‘Excuse me? Miyagi-Do lives.’ (Laughs)

What was also wanted to deal with was the issue of bullying and the difference between what it was in 1984 and now. In 1984, Daniel LaRusso comes home and he’s got a black eye. His mom can say, ‘What’s going on? Tell me what’s going on.’ Nowadays, [bullying] can be through phones and it’s silent. How do you parent that? That was an issue that was important to hit on in an entertaining way without trivializing it.

I thought about it more and said I have a responsibility to this characters and protecting this character as well as the franchise. As wonderful as the LaRusso and Lawrence rivalry is, none of us are here or having this conversation without Pat Morita’s performance as Mr. Miyagi. It’s the heart and soul of the movie. I need to know that the heart and soul of Miyagi is still part of LaRusso’s life even if it’s not present at the start. You find that LaRusso maybe has lost his way a little bit and it takes the Cobra Kai Gym opening that aligns his focus. That was important and they assured me it would be part of it. There’s some wonderful moments in season one that peppers in the humor and fun of these two rivals.

CC: What’s your hope for how this series compliments the franchise and maybe puts a cheery on top. There’s the argument that in Hollywood, it’s OK for things to end.

RM: There’s the next generation. We have these great young actors and very fleshed out characters that represent the millennial Daniel LaRusso or Johnny Lawrence as well as how they intertwine and pull in the older characters. This isn’t just two guys in their 50s, ‘Get him in a body bag’ and a crane kick to the face. That will get old fast. That you can do as an SNL skit or a Funny or Die video, which I have done. There’s longevity here. If you’ve seen the movie than this is the icing and cherry on top. If you love the original film, you’ll also get to see footage and flashbacks that were never used in the original movie that we shot back in 1983. Nerds are going to love that. If you’ve never seen the movies, you’ll be entertained by the concept, the talented kids we have and the nostalgia and legacy. It’s fertile ground for longevity.