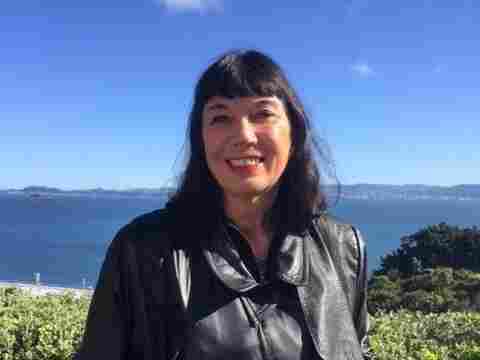 Catherine Healy, a former sex worker turned advocate is being made a dame by Queen Elizabeth II, for work championing the rights of those in the sex trade. Courtesy of Catherine Healy hide caption

In 1980s Catherine Healy was a young school teacher who liked to travel and made an unconventional choice to help fund her adventures — one she told the New Zealand Herald drove her mother to tears. She left the classroom for the bedroom, or more accurately an illegal brothel.

In the process, Healy said she went from earning about $400 a week as an educator to a whopping $2000 a week as a sex worker, which made it easier to pay for her trips abroad.

But she described other changes too. She was no longer entitled to any worker-rights protections and she was suddenly faced with the constant threat of being arrested. It was a shock after spending time within a safe and unionized profession.

“We were spoken about as young sex workers in a disrespectful way,” she told the BBC. “We needed to find our voice and we needed to be understood.”

Not one to wait to be rescued, Healy co-founded the New Zealand Prostitutes Collective in 1986. Formed during the peak years of the HIV/AIDS epidemic, the non-profit group focused on promoting safe sex practices and advocated for sex workers’ rights.

Eventually, Healy became instrumental in drafting the 2003 Prostitution Reform Bill, which decriminalized sex work throughout the country and allowed brothels to operate as legitimate businesses.

It was a hard-fought battle — it squeaked through parliament by just one vote — that pulled sex workers out of the shadows and into the light of legitimacy. As a result, sex workers are now subject to regular employment as well as health-and-safety rules.

And on Monday, Queen Elizabeth II marked her official birthday — different from her actual birthday — by commending Healy’s 30-year career and announcing that the former sex worker will receive the title of dame.

“I was staggered,” she told the Herald. “I burst into tears.”

Officially Healy, now 62, is being recognized with an Order of Merit for services to the rights of sex workers. She is one of five dames and three knights from New Zealand who were bestowed titles in the annual celebration. (Here is a list of those who were honored by the queen.)

Shortly after the announcement Healy said the royal accolade, “Sends a very direct message to sex workers that we’re included.”

Included, but not fully accepted. Healy remains concerned about the stigma of earning a living from the sex trade. “[New Zealand Prostitutes’ Collective is] also concerned about making sure things are going really well for everyone everywhere, not just a few sex workers here and there,” Healy told the Herald.

“We’ve got a wee way to go to make sure that every sex worker is safe every time everywhere,” she said.