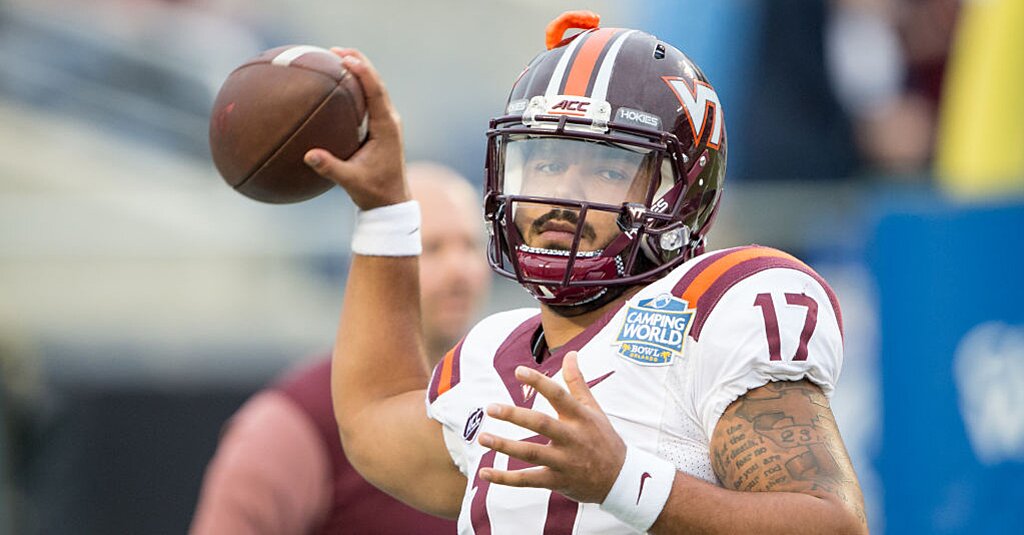 Josh Jackson, Eric Kumah and Chris Cunningham have each announced their intentions to trasnfer from Virginia Tech.

Former Virginia Tech starting quarterback Josh Jackson has reportedly entered the NCAA Transfer Portal as a graduate transfer, according to Mike Barber of the Richmond Times-Dispatch.

Jackson became the fourth Hokies player within a 24-hour span to have his intentions to transfer from Virginia Tech become public.

All four players had committed to the program while Frank Beamer was still head coach. Beamer retired following the 2015 season after a 29-year tenure. He was replaced by Justin Fuente, who has served as Virginia Tech’s head coach each of the past three seasons.

Earlier Tuesday, it was reported that Hokies receivers coach Holmon Wiggins is leaving Fuente’s staff to join Alabama as an assistant.

On Wednesday, Fuente released a statement regarding the recent exodus of players.

“Our coaching staff remains firmly committed to developing a winning culture at Virginia Tech where our student-athletes can learn, grown and thrive in all aspects of their lives,” Fuente said. “As head coach I certainly understand when young men desire to explore their options by entering themselves in the NCAA’s transfer portal.

“Immediate eligibility for graduate transfers has become another piece of the changing landscape for college football student-athletes and coaches across the country.”