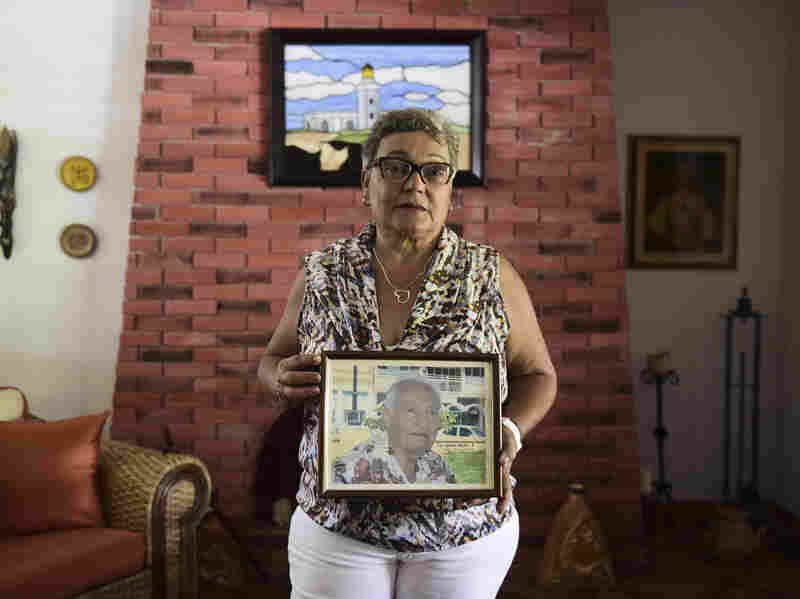 Puerto Rican Nerybelle Perez poses with a portrait of her father, World War II veteran Efrain Perez, who died after his ambulance was turned away from the island’s largest public hospital when it had no electricity or water following Hurricane Maria. Carlos Giusti/AP hide caption 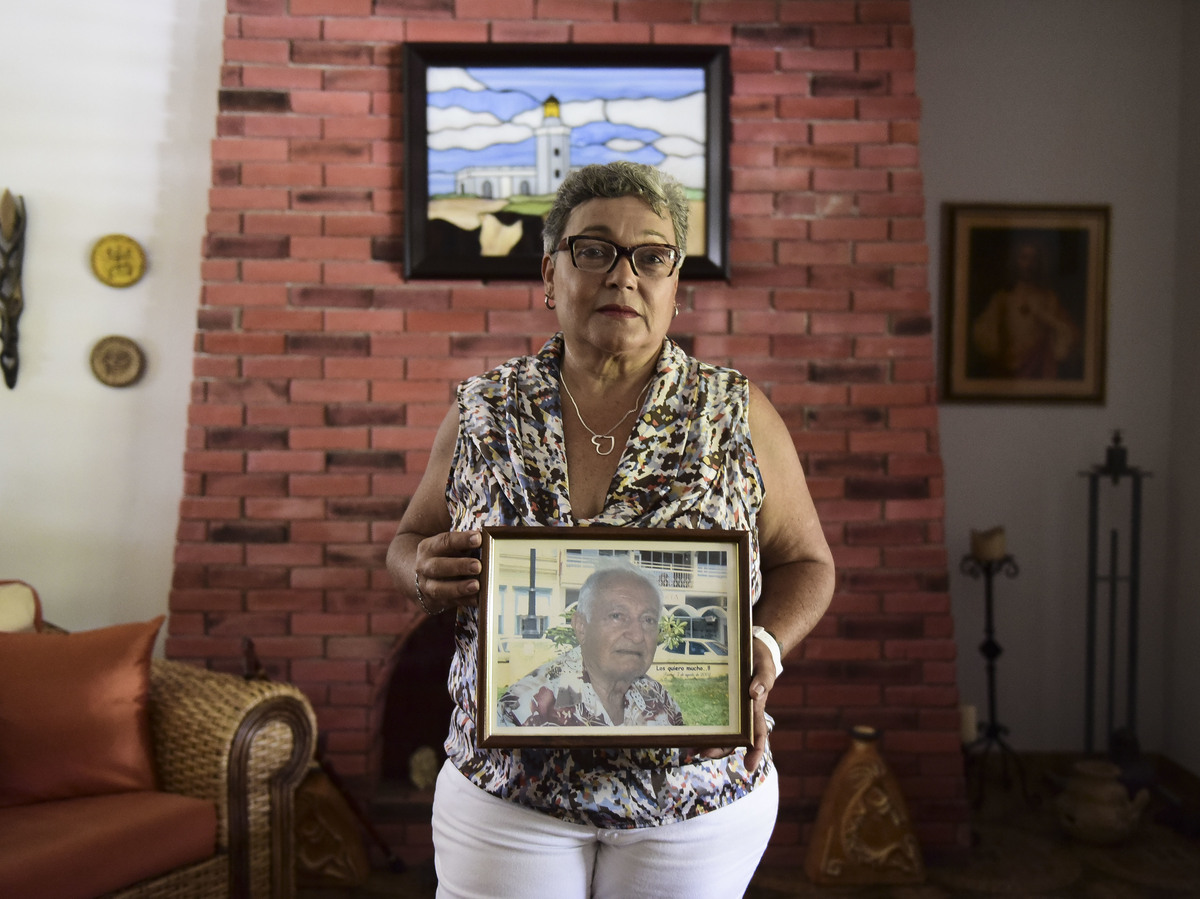 Puerto Rican Nerybelle Perez poses with a portrait of her father, World War II veteran Efrain Perez, who died after his ambulance was turned away from the island’s largest public hospital when it had no electricity or water following Hurricane Maria.

Puerto Rico’s government complied with a court order and released new records Tuesday of deaths following Hurricane Maria. The data reveal that there were 1,427 more deaths in the last four months of 2017 than the average over the four years before. The new count comes as legal questions swirl around the official death toll and reports that hundreds of bodies remain unclaimed in the island’s main morgue.

The Puerto Rican government maintains an official death toll of 64, but as early as December Gov. Ricardo Rossello conceded the count might be inaccurate. He has said he will not raise the official figure until George Washington University completes a study on the data, according to The Associated Press.

The order to release the records came in response to a lawsuit filed by CNN and Puerto Rico’s Center for Investigative Journalism.

All evidence points to a higher death toll than the official count. The bodies of 307 people remain unclaimed in a Puerto Rico morgue and in refrigerated containers, AFP reports, after budget cuts left the mortuary lacked the staff to identify and remove the bodies.

In May, a Harvard University study estimated that 4,645 people had died during the storm. The finding triggered a protest in San Juan. Puerto Ricans laid thousands of pairs of shoes outside the island’s Capitol building to represent the uncounted dead. NPR’s Adrian Florido reported that one man placed his shoes to represent his father, whose body was found in his house two weeks after the hurricane:

“For many in Puerto Rico — and especially for families of hurricane victims — the fact that the government’s official tally of the dead remains at 64 more than eight months after the hurricane feels like an insult. They say it’s a testament to how dismissive the government has been of their need to have the deaths of their loved ones acknowledged.

A complicating factor in calculating Puerto Rico’s true casualty count is that government agencies do not have a standard for how to define a storm-related death. For example, the AP reports the National Hurricane Center only counts “direct deaths” – such as a person killed by a fallen tree or flooding – and not “indirect deaths” as in a person who perished from lack of electricity to operate an oxygen mask.

Rep. Nydia Velazquez, D-N.Y., and Sen. Kamala Harris, D-Calif., sponsored bills Monday to fund a $2 million study by the National Academy of Medicine on how best to tally the number of people killed by a disaster.

“The government failed Puerto Rico at every level in the wake of Hurricane Maria,” Harris wrote.

The government failed Puerto Rico at every level in the wake of Hurricane Maria – including in getting an accurate death toll. Today, I introduced a bill to establish federal procedures for counting fatalities after natural disasters. This can’t ever happen again.

Repairs on the island continue some nine months after the storm hit. Nearly 7,000 people still do not have power after the hurricane devastated Puerto Rico’s grid. Thousands of homes have blue tarps in place of roofs that were blown off during Maria. The 2018 hurricane season began on June 1. NPR’s Florido reports that FEMA has stockpiled food, tarps and water in warehouses in Puerto Rico to avoid some of the roadblocks that delayed aid after Hurricane Maria struck on September 20, 2017.