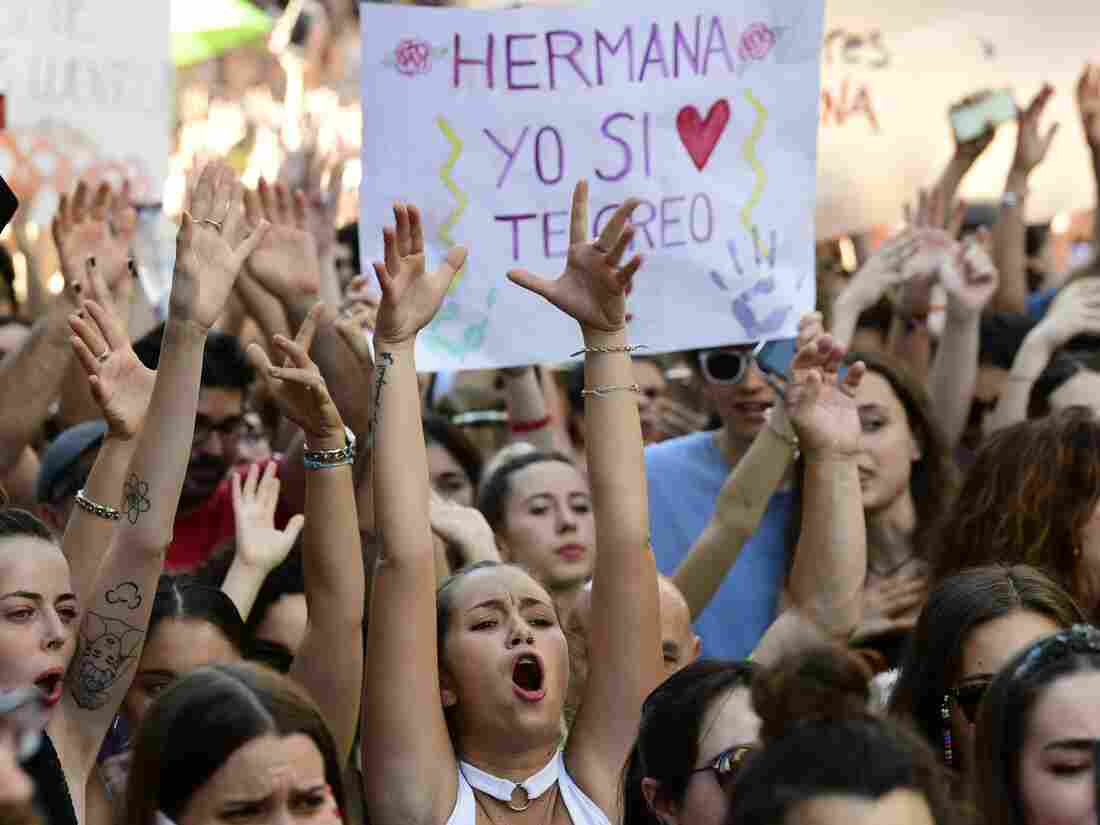 Demonstrators shout slogans Friday in Madrid, a day after a court ordered the release on bail of five men sentenced to nine years in prison for sexually abusing a young woman at Pamplona’s bull-running festival. Javier Sorianoo/AFP/Getty Images hide caption 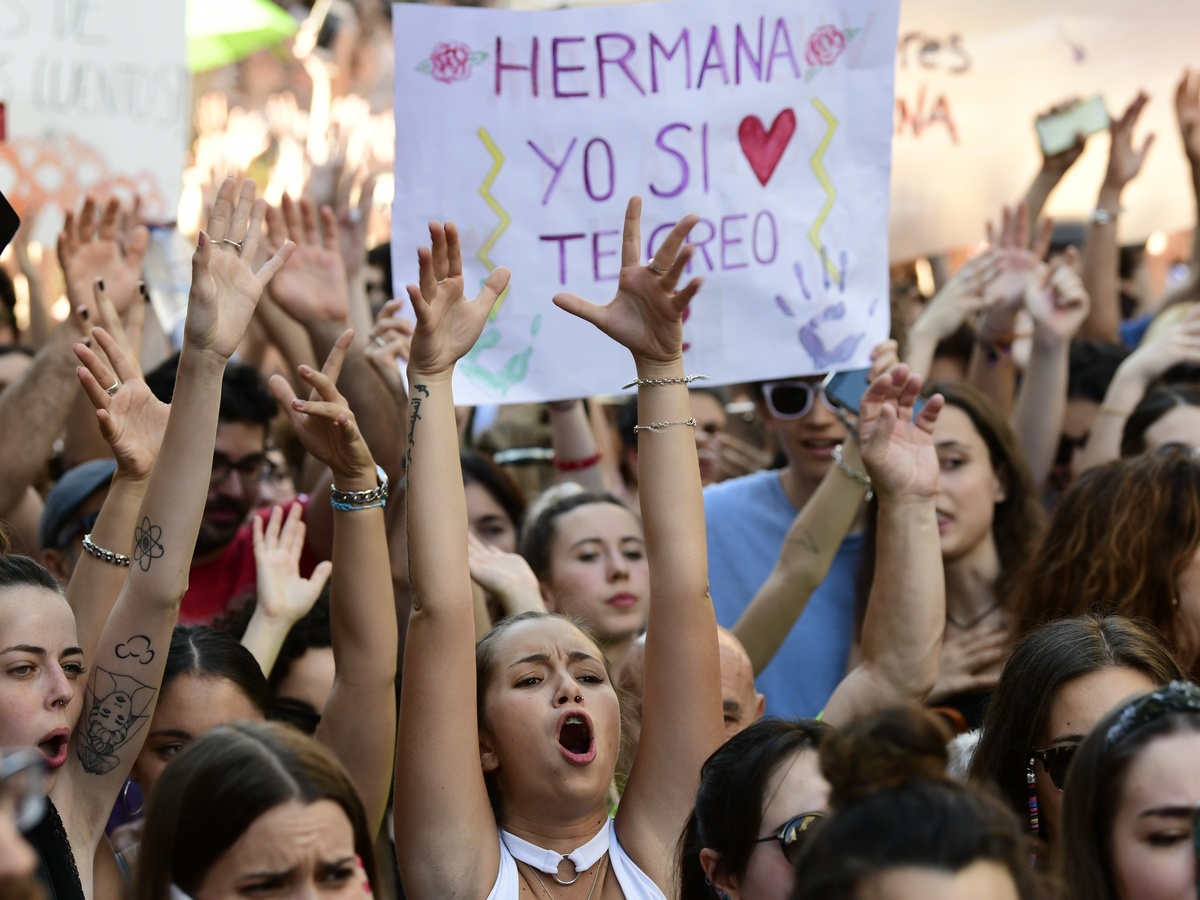 Demonstrators shout slogans Friday in Madrid, a day after a court ordered the release on bail of five men sentenced to nine years in prison for sexually abusing a young woman at Pamplona’s bull-running festival.

The so-called wolf pack is out, and their release has once again unleashed furor throughout Spain.

Protesters are marching through the streets of Pamplona, Madrid and Seville, among other cities on Friday, demonstrating a Spanish court’s decision to grant bail to five men who were convicted of sexually abusing a young woman during the 2016 Running of the Bulls festivities, El Pais reported.

In a two-to-one ruling Thursday the court agreed to provisionally release the men until while they appeal the controversial case, which prompted the government to consider legal reforms of the nation’s laws on sex crimes.

The men — Jose Angel Prenda Martinez, Angel Boza Florido, Antonio Manuel Guerrero Escudero, Alfonso Jesus Cabezuelo Entrena and Jesus Escudero Dominguez — were convicted of “a continued crime of sexual abuse” and sentenced to nine years in prison after maneuvering an 18-year-old woman into the entrance of an apartment building and taking turns having sex with her.

Court documents show several videos of the encounter were recorded by a couple of the men, who used a WhatsApp group called “La Manada” or “wolf pack.”

In court, the defense argued that the footage showed the woman’s eyes shut during the attack and that was a sign of consent. The prosecution shot back that the woman was too terrified to speak.

After reviewing the videos the judges agreed the young woman “adopted a passive, submissive stance” but found no evidence of violence.

The verdict stunned prosecutors and sparked outrage among the public, who expected a more serious conviction of “sexual aggression” or rape, which carries a harsher sentence. But Spanish law the requires violence or intimidation for such a conviction.

Upon setting bail at €6,000 (about $7,000) the court said the defendants, who live in Seville, don’t pose a flight risk — and argued they would be far from the victim, who is now 20 years old and lives in Madrid. The judges also believed the defendants were unlikely to reoffend because none of the men had a prior record for similar crimes.

Thousands took to the streets shortly after the decision was announced Thursday.

Sky News reported that protesters in Pamplona shouted “enough macho violence,” while a 66-year-old protester in Barcelona told reporters it was “a shame these scoundrel rapists get away so easily.”

Pablo Iglesias, leader of the Podemos party, called on legislators to overhaul the legal system. “The unworthy release of # LaManada proves that it is necessary to take measures to make justice more effective in defending the rights of women in our country. We will work for it,” he wrote on Twitter.