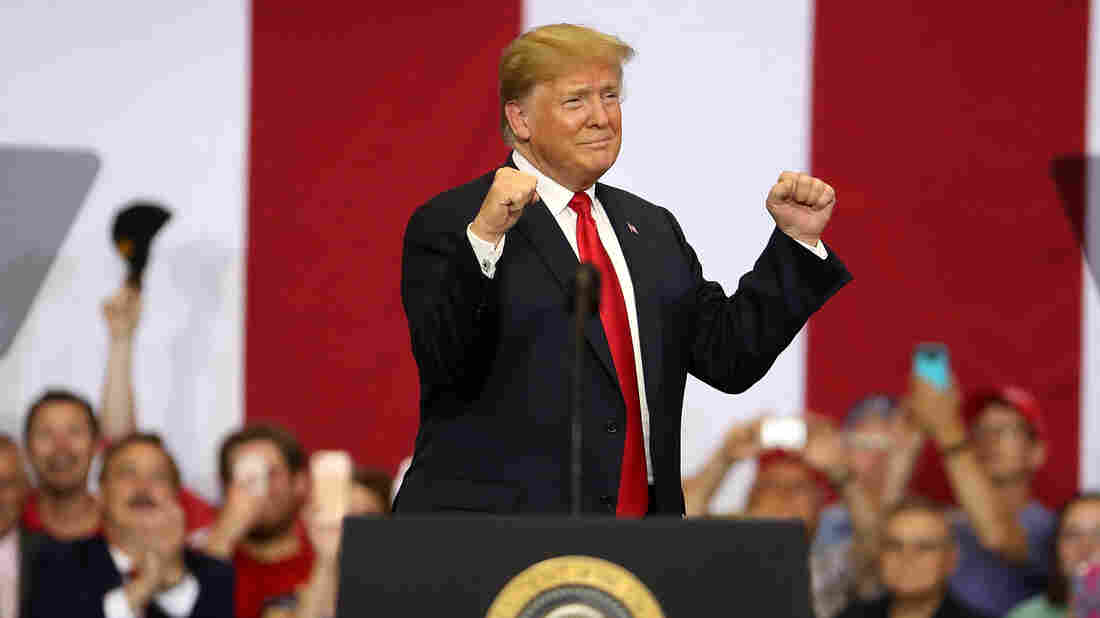 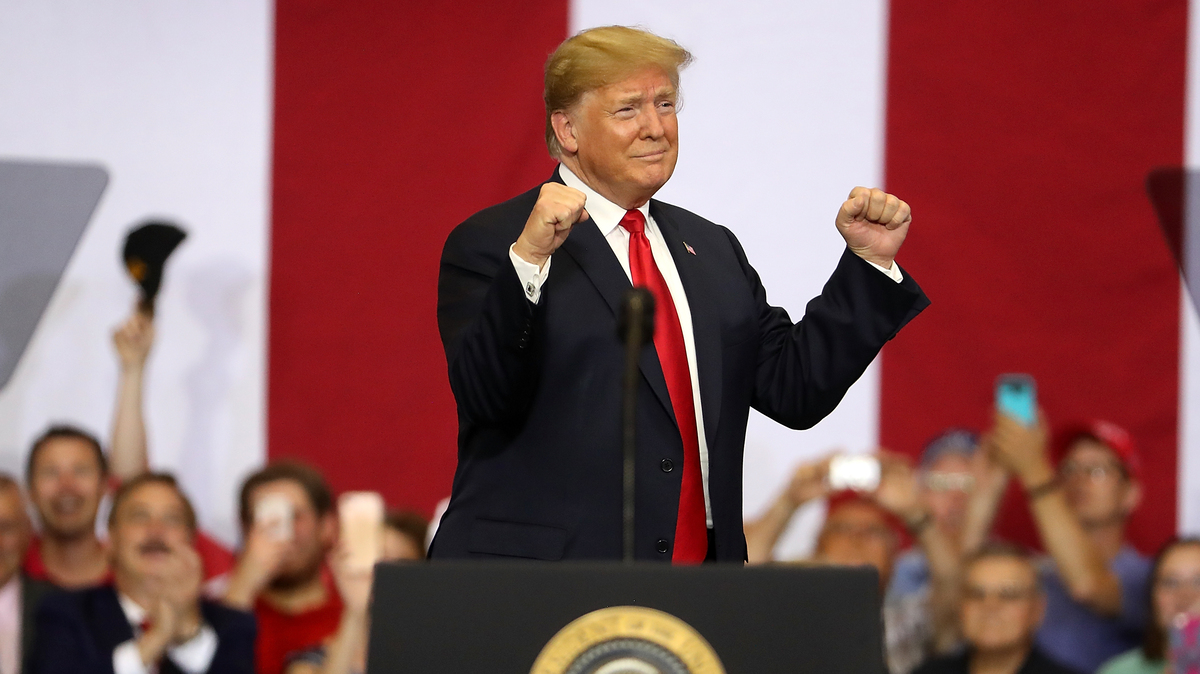 President Trump greets supporters during a campaign rally in Fargo, N.D., on Wednesday.

During a rally in North Dakota Wednesday night, President Trump underscored the importance of protecting the GOP’s Senate majority this fall, deeming it especially critical in the wake of Supreme Court Justice Anthony Kennedy’s retirement.

“Justice Kennedy’s retirement makes the issue of Senate control one of the vital issues of our time– the most important thing we can do,” Trump told a crowd in Fargo.

The president was there to campaign for Republican Rep. Kevin Cramer, who’s challenging Democratic Sen. Heidi Heitkamp in one of the GOP’s top opportunities to pick up a Senate seat. North Dakota is one of 10 states where Democratic incumbents are up for re-election in states that Trump carried in 2016 — and he won North Dakota by about 36 points.

Trump argued that Cramer would support his agenda and, most importantly, his court picks, while Heitkamp will not.

“Heidi will vote no to any pick we make for the Supreme Court. She will be told to do so,” Trump said.

Heitkamp, however, was one of three Democrats to vote in favor of Trump’s first Supreme Court nominee, now-Justice Neil Gorsuch.

Trump didn’t directly mention that vote, but did later claim that sometimes Heitkamp would give Republicans and the White House a “quickie vote” but that “the day after that election, she’s voting party line, 100 percent.”

In a statement after the rally, Heitkamp pushed back, saying she would continue to be her own person in the Senate, election year or not.

Trump continued to tie Heitkamp to the national party throughout the rally nonetheless.

“When Heidi ran for office, she promised to be an independent vote for the people of North Dakota. Instead, she went to Washington and immediately joined Chuck — you know who Chuck is,” Trump said, referring to Senate Minority Leader Chuck Schumer, D-N.Y., “and Nancy,” that is, House Minority Leader Nancy Pelosi, D-Calif. Trump also railed on Democrats’ “new leader” Maxine Waters, hitting the liberal California congresswoman, who came under fire even from her own leadership in her call for public confrontations against Trump administration officials.

Trump hit on many of his favorite subjects during the freewheeling rally — immigration, tax cuts, trade, the economy, reveling in his 2016 victory, boasting about the size of the crowd and more. But the Kennedy retirement hung over the night, and Trump also took time in his remarks to honor the retiring justice — an unpredictable swing vote who hasn’t always been a favorite of conservatives despite being nominated by President Ronald Reagan. Trump called Kennedy a “very special guy” and promised that he would pick someone with “intellect” as his successor, someone he suggested could serve on the court for 40 or more years.

“I’m very honored that he chose to [retire] during my term in office. He felt confident in me to make the right choice to carry on his great legacy,” Trump said.

Heitkamp and other red state Democrats will play a crucial role in determining how much resistance a new Supreme Court nominee is met with. Senate Majority Leader Mitch McConnell — who controversially blocked President Obama’s nominee to succeed the late Justice Antonin Scalia until after the 2016 election, allowing Trump to fill the seat with Gorsuch — has indicated he wants a vote ahead of the 2018 midterms. But Democrats have called such a decision hypocrisy, given McConnell’s insistence against holding a confirmation hearing during an election year.

The Senate is currently split 51-49 for Republicans, but Sen. John McCain, R-Ariz., has been absent for months battling brain cancer, so the margin for error is even smaller. There are some GOP wildcard votes too — Maine Sen. Susan Collins and Alaska Sen. Lisa Murkowski support abortion rights, and one reason Trump supporters are cheering a Kennedy replacement — and Democrats are so fearful — is the belief that a new justice could help overturn Roe v. Wade, the 1973 case that legalized abortion.

Along with Heitkamp, Democratic Sens. Joe Manchin of West Virginia and Joe Donnelly of Indiana also voted to confirm Gorsuch last year — and the trio of often centrist Democrats are considered some of the most endangered Senate incumbents in November’s elections. Given their re-election concerns, they could be under pressure to do so again with Trump’s new Supreme Court nominee. Even so, Trump made it clear with Heitkamp on Wednesday night, that won’t earn them a pass ahead of the November elections from him or Republicans.