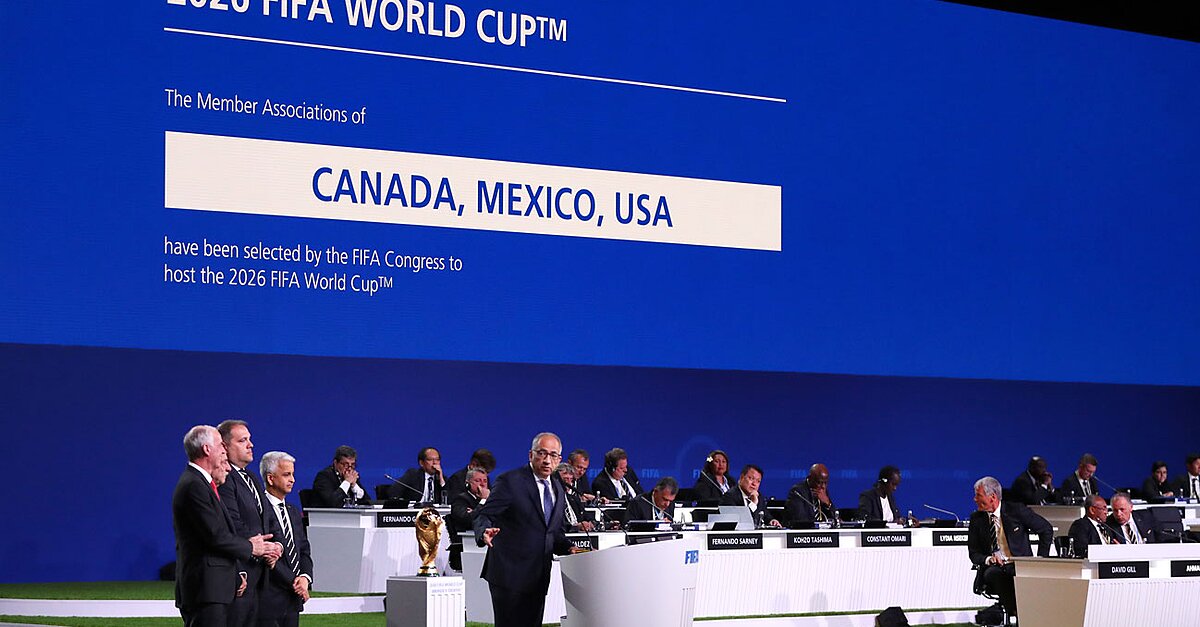 The 2026 World Cup will feature 80 total matches, 60 played in the United States and 10 in both Canada and Mexico

The joint bid to host the 2026 World Cup in the U.S., Canada and Mexico overwhelmingly won Wednesday and beat out a solo bid from Morocco by a final count of 134-65. The 2026 World Cup will be the first men’s edition in North America since 1994, which was hosted solely by the U.S. As part of the first World Cup hosted by three nations, Mexico will become the first country to host the event three times after doing so on its own in 1970 and 1986.

There are still a few factors left to be decided, including exactly which cities across the three nations will be hosting games. The 2026 World Cup will expand to 48 qualified teams, up from the 32 that will be going to Russia. A total of 80 matches will be played, 60 in the U.S. and 10 apiece in Mexico and Canada.

As part of the United Bid’s proposal, the opening day will feature one match in each of the three nations. Every match from the quarterfinals on will be played in the U.S. The final could potentially be be held at MetLife Stadium in New Jersey, while AT&T Stadium in Dallas and the Rose Bowl in Los Angeles have also been touted as possibilities. Canada and Mexico have three host cities apiece approved for selection, while the U.S. has submitted a list of 17 finalists, which is expected to be whittled down to 10 by 2021. Some notable cities, such as Chicago and Vancouver, declined to host matches for various reasons, including cost concerns.

Here are the cities that could host matches in World Cup 2026.