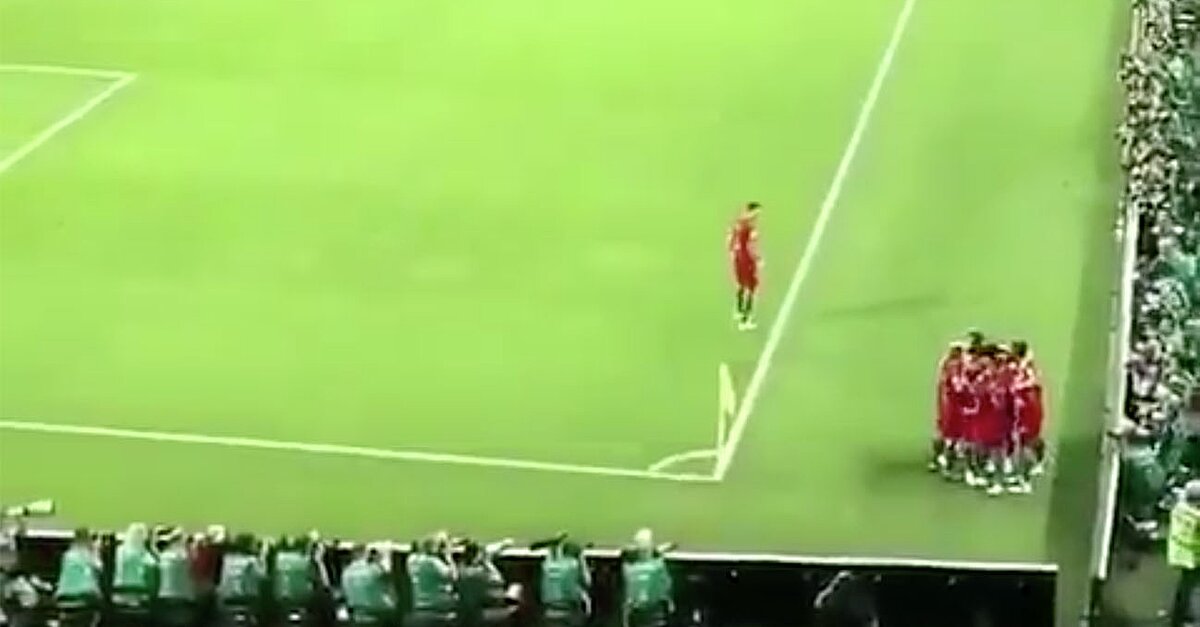 Why is one player on each team making sure to stay on the field while the rest of the squad celebrates big goals?

Teams are being very cautious at the World Cup this year to make sure they don’t accidently put themselves in a position where they could end up allowing a very easy goal to their opponents.

After big goals, such as the Cristiano Ronaldo free kick that leveled Portugal with Spain at 3-3 or the Harry Kane header that lifted England over Tunisia, teams have been good to break into celebrations that involve the whole squad, except for one player.

In the cases of both Portugal and England, one player made sure to stay on the pitch and not leave the field of play to prevent the opposition from kicking off. According to FIFA rules, if all 10 outfield players leave the playing surface, the opposing team is allowed to kick off and resume play. The opposition can also get the game back going if the scoring team all goes back to its side of the field, or if the players who remain on the pitch while others are out of bounds go to their half.

Considering this rule has already come into play twice in the first few days of the tournament, expect to see it come up again.