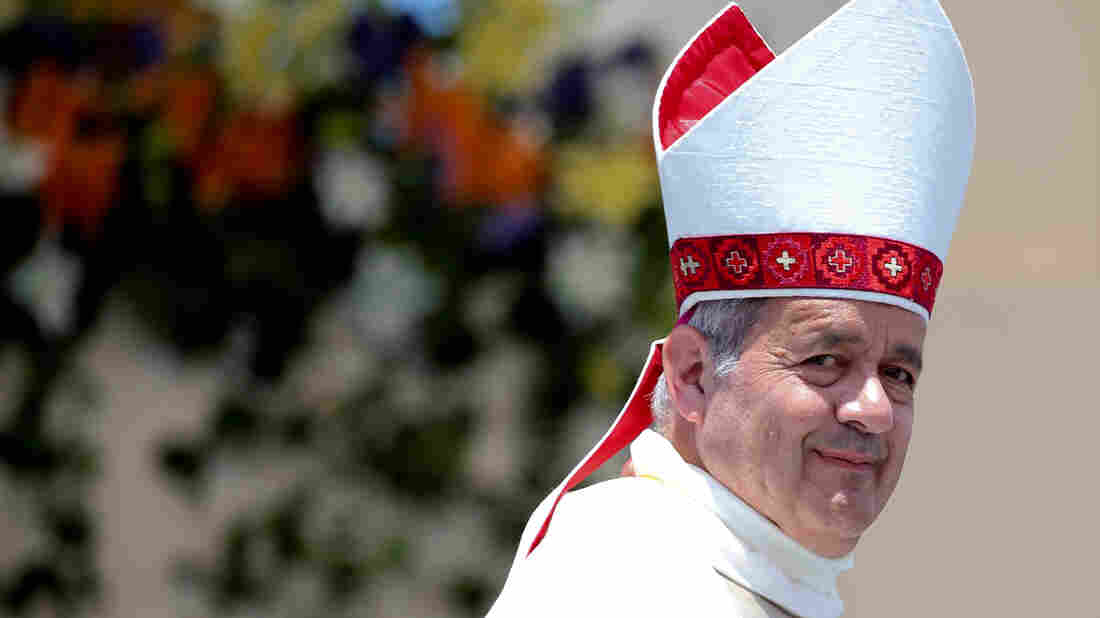 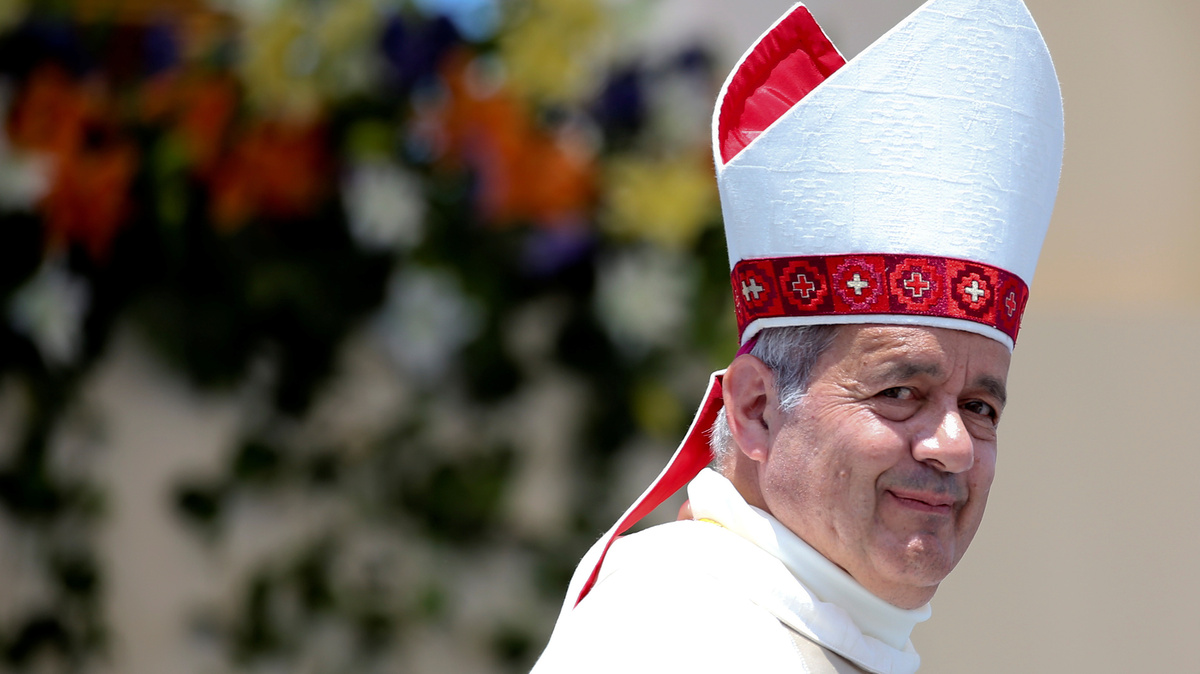 Bishop Juan Barros, long accused of helping to cover up a notorious sex abuse case in the Catholic Church in Chile, has resigned. He’s seen here during Pope Francis’s visit to Chile in January.

A controversial figure from Chile’s child sex abuse scandal and two other bishops have resigned, the Vatican says. Bishop Juan Barros Madrid was accused of covering up the acts of a notorious abuser; Pope Francis enraged thousands of Catholics in Chile when he appointed Juan Barros as bishop of Osorno in 2015.

In addition to Barros, the others who resigned are Bishop Gonzalo Duarte of Valparaiso and Bishop Cristian Caro of Puerto Montt.

The pope accepted Barros’ resignation despite his earlier attempts to defend him. During his visit to Chile in January, Francis upset abuse survivors and their loved ones when he dismissed the allegations against Barros as “calumny,” claiming there was no evidence and saying he had never seen proof against the bishop.

Barros was a protégé of the Rev. Fernando Karadima, who in 2011 was found guilty and dismissed for abusing dozens of minors over a decades-long period beginning in the 1980s.

Karadima’s victims have long accused Barros of knowing about the abuse but saying and doing nothing about it. He repeatedly denied playing any role.

The scandal and fury over the bishop cast a dark shadow over Francis’ visit to Chile earlier this year: At least five churches were attacked in Santiago —some with firebombs — and a death threat was made against the pope.

After he returned to the Vatican from that trip, Francis sent the Church’s top sex crimes expert to Chile, to investigate further.

In April, Francis publicly acknowledged that he had erred in handling the situation, saying he had made “serious mistakes” — and summoning Chile’s ‘s bishops to an emergency meeting in Rome. Francis said he had misjudged Juan Barros and the events in Chile because he hadn’t been given “truthful and balanced information.”

In May, all of Chile’s 31 active bishops offered to resign their posts, issuing a statement in which they asked forgiveness and apologized for “the grave errors and omissions that we committed.”

The three resignations are the only listings in the Vatican’s update on Monday that announces arrivals and departures among the Church’s senior staff.