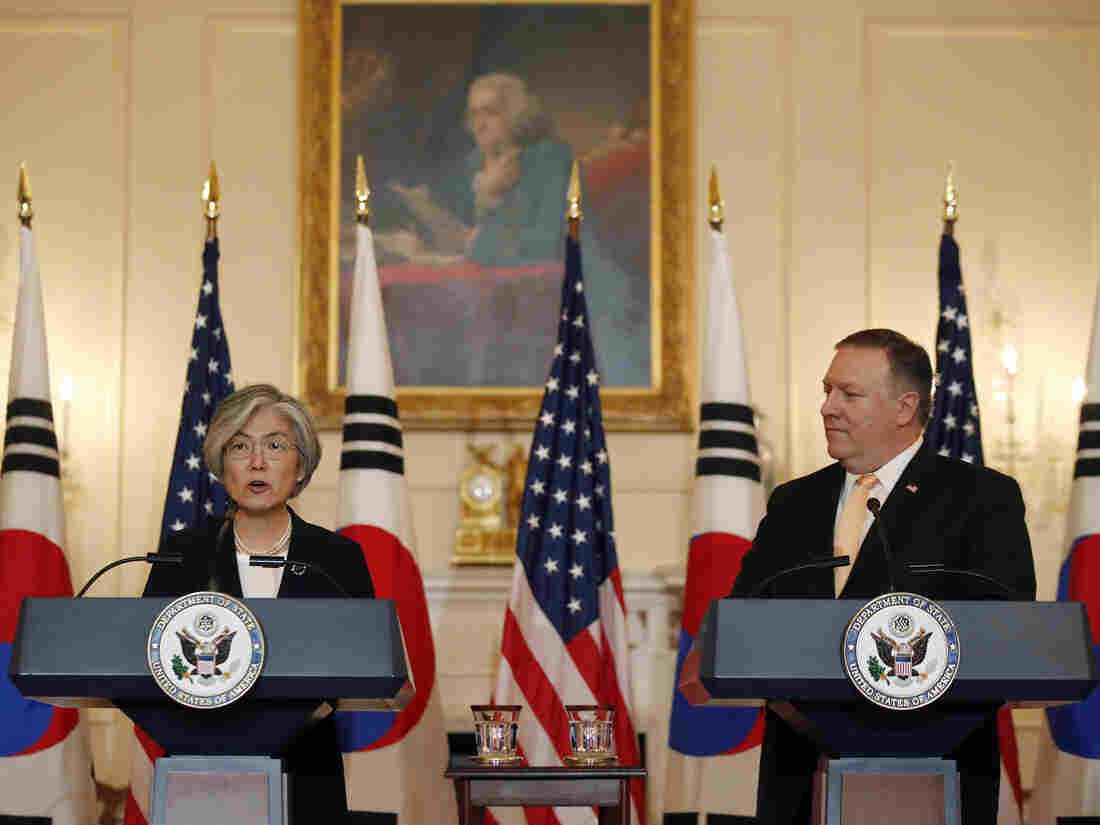 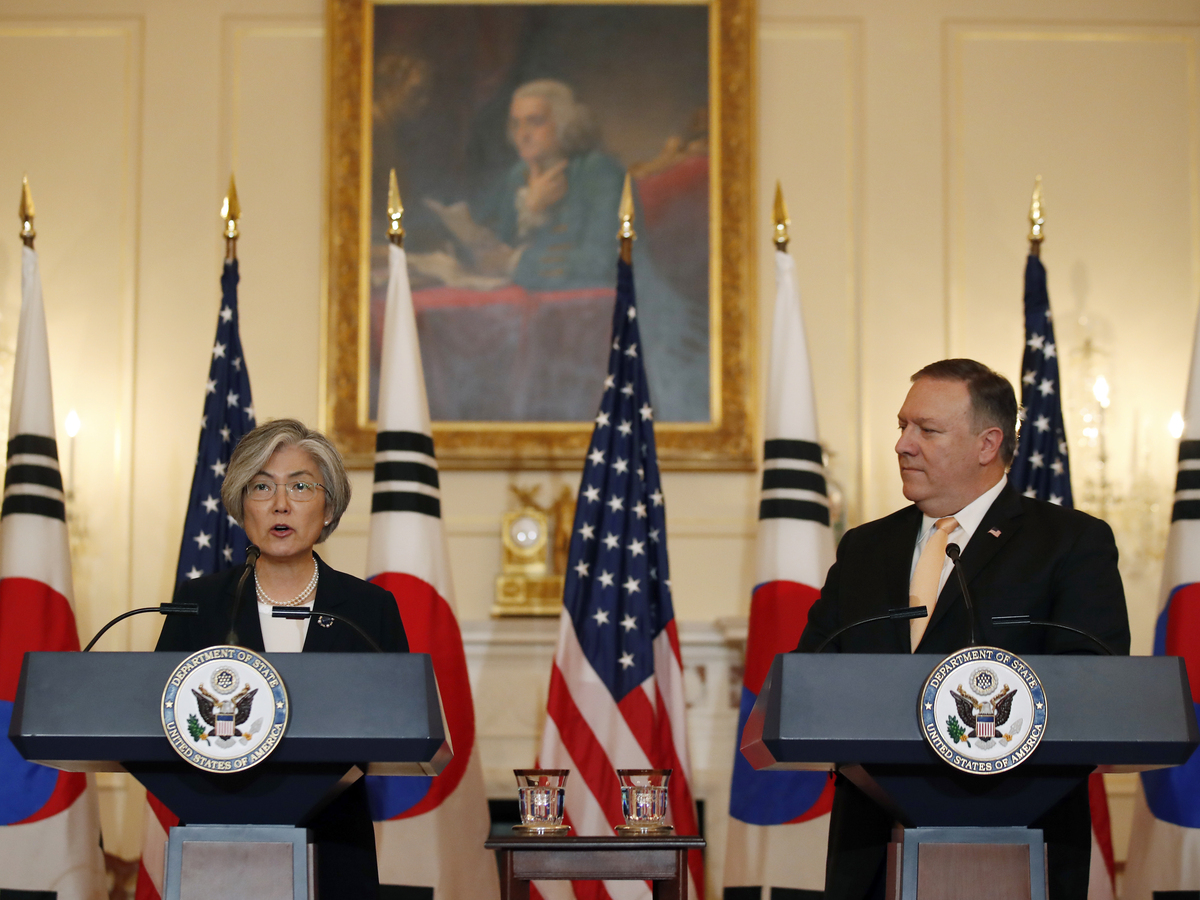 Secretary of State Mike Pompeo was reluctant to share details of his whirlwind meeting with North Korean leader Kim Jong Un at a joint press conference with South Korean Foreign Minister Kang Kyung-wha on Friday — a day after Pompeo returned from Pyongyang.

But he did expound on the economic benefits North Korea and its people would enjoy if Kim got rid of his country’s nuclear weapons.

“If Chairman Kim chooses the right path there is a future brimming with peace and prosperity for the North Korean people,” Pompeo said.

“If North Korea takes bold action to quickly denuclearize, the United States is prepared to work with North Korea to achieve prosperity on the par with our South Korean friends,” Pompeo added standing beside Kang.

Finally, Pompeo said he and Kim “talked about the fact that America has often had adversaries who we are now close partners with.”

The U.S. and North and South Korean governments are preparing for a historic meeting to address North Korea’s denuclearization on June 12. The summit between Kim and President Trump will be held in Singapore.

Pushed to divulge specifics about the tone of talks with Kim, Pompeo described them as “warm” and said, he is confident the two countries have a “shared understanding of the outcome our leaders want” as well as a “shared vision for what we hope for when this process is completed of what the Korean Peninsula looks like.”

Kang praised recent diplomatic negotiations between the U.S. and North Korea that ended in the release Thursday by North Korea of three Korean-Americans. She called it a “promising signal” for the upcoming summit. But she warned, the next few weeks will be critical, “requiring airtight coordination between” the two countries.

Kang also emphasized that there has been no discussion about reducing U.S. forces in Korea and said it is not up for negotiation. She called it a matter between the U.S. and the South Korea.