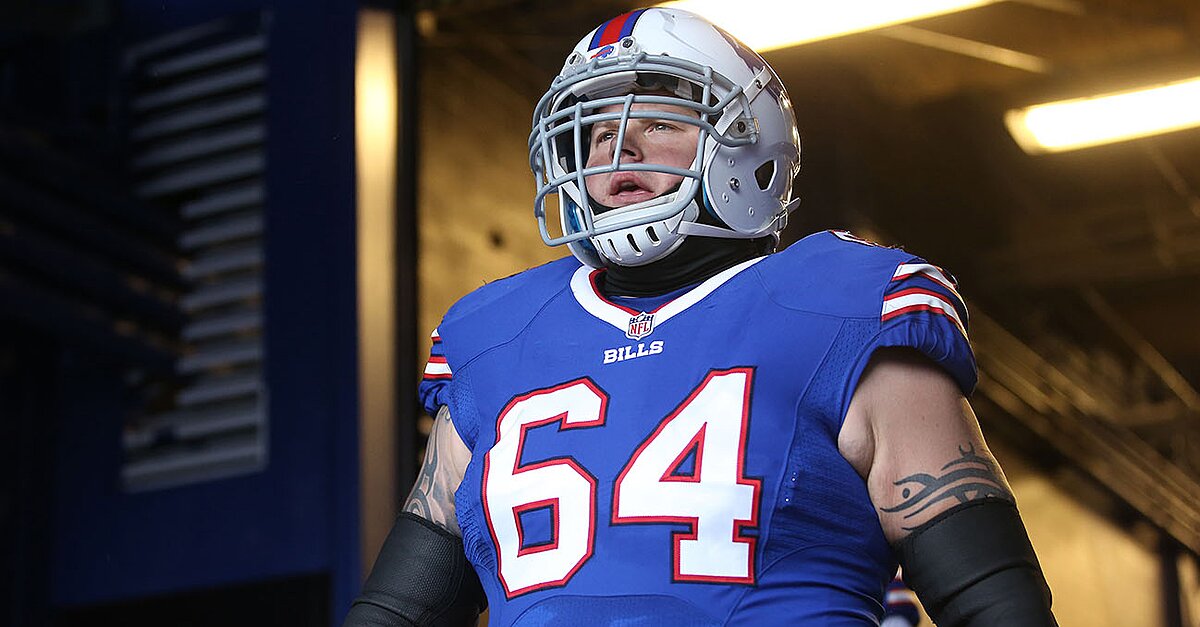 On Wednesday, Richie Incognito was taken into custody by police to get a psychiatric evaluation following a incident he had at a gym.

The police officer who took Richie Incognito into custody after he caused a disturbance at a Lifetime Fitness in Florida on Wednesday said the four-time Pro Bowl offensive lineman “believed ordinary citizens were government officials that were tracking him and recording him,” according to a police report obtained by Andy Slater of 940-AM WINZ.

The report details how Incognito attacked and threatened people at the gym, including some staff members. According to the report, Incognito threw tennis balls and weights at people. He also “brushed” one man’s leg with a weight sled. The man who Incognito scraped with the weight sled is the one who called police, and according to the report, while he was outside alone with Incognito, the former Bills guard told him, “Get out of my f—–g playground.”

According to the report, Incognito told a Lifetime Fitness employee “don’t f—–g cross the line,” after Incognito was allegedly “acting erratically, throwing things at staff.”

The officers who were responding to the incident met with Incognito in the outdoor pool area, according to the report, and Incognito told them, “There’s a guy walking around with head phones on. I’m running NSA class level 3 documents through my phone. I can’t have anybody in blue tooth capability of me or taking pictures of me.”

Incognito went on to explain that he was “under contract” and could not talk with the officers about what the documents on his phone were because they did not “have a high enough clearance,” according to the report.

Incognito also denied hitting anybody with tennis balls and mentioned he had taken the over the counter supplement Shroom Tech, according to the report. Additionally, “his hands were shaking heavily” when he mentioned taking the supplement, and his “speech pattern was very erratic and he would suddenly change the subject matter to something different” throughout the conversation. Incognito also asked a woman in the pool to call the FBI after the officers expressed their concerns with Incognito’s behavior, according to the report.

According to the report, Incognito was taken into custody under provisions of Florida’s Baker Act, which allows involuntary psychiatric commitment for people seen as a danger to themselves or others. Investigations determined “Incognito was suffering an altered, paranoid state,” he had “no intent to harm anyone” and his paranoia was the reason for his actions.

Incognito has played 11 seasons in the NFL for the Rams, Dolphins and Bills. Earlier this week, Buffalo released him from the Reserve/Retired List because he reportedly said he wanted to continue playing after he had retired from the league on Twitter last month.