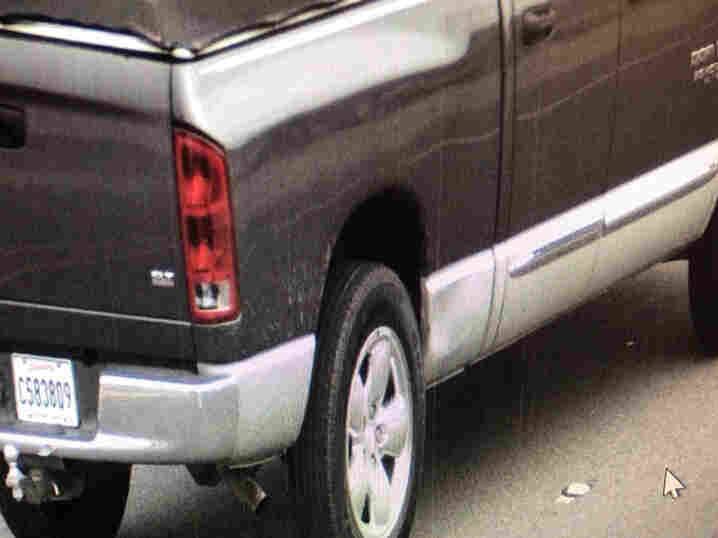 An image provided by the Livingston Parish Sheriff’s Office shows a 2004 Dodge pickup truck that was allegedly driven by Dakota Theriot, the suspect in five murders across two Louisiana parishes. AP hide caption 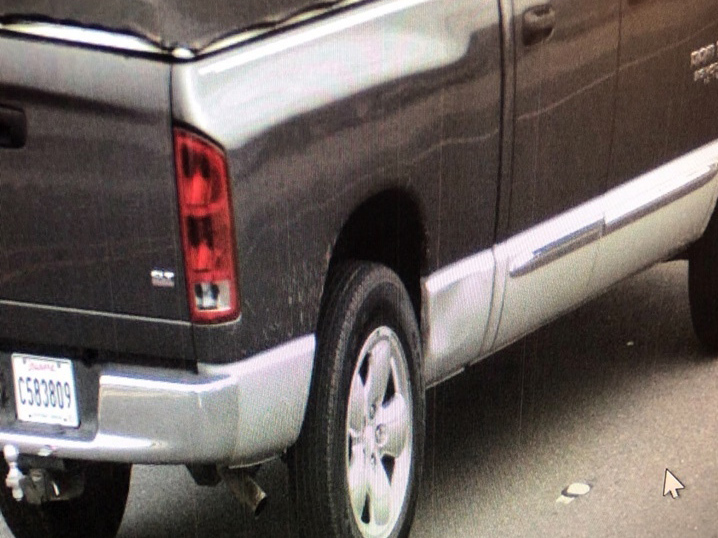 An image provided by the Livingston Parish Sheriff’s Office shows a 2004 Dodge pickup truck that was allegedly driven by Dakota Theriot, the suspect in five murders across two Louisiana parishes.

Police have arrested a man accused of killing five people, including his parents and his girlfriend, across two southeast Louisiana counties, following a daylong manhunt.

Authorities say Dakota Theriot shot and killed three people Saturday in Livingston Parish, near Baton Rouge, including the woman he was believed to be dating. He then stole a truck and drove to neighboring Ascension Parish, where he shot and killed his parents, according to police.

“This is probably one of the worst domestic violence incidents I’ve seen in quite a while,” said Ascension Parish Sheriff Bobby Webre.

Police in Virginia arrested Theriot on Sunday in Richmond County, according to the Ascension Parish Sheriff’s Office. He’ll be transported back to Ascension Parish and booked on two counts of first-degree murder, home invasion and illegal use of weapons.

Theriot was also wanted under three counts of first-degree murder and theft of a motor vehicle in Livingston Parish.

Theriot had been staying with the Ernest family for a couple of weeks. Two children inside the home, a seven-year-old and a one-year-old, were unharmed.

The suspect then left the scene in Billy Ernest’s truck and drove south on LA-447 towards Ascension Parish, according to police.

Webre says Theriot traveled to his parents’ trailer on Churchpoint Road, went inside and shot both his mother, Elizabeth Theriot, and his father, Keith Theriot, in their bedroom. They were both 51, according to the sheriff.

Police found both victims alive at the scene, according to Webre, and Keith was able to identify his son. They were transported to a hospital but later died.

“We do not have a motive,” said Ard. “There is no red flags, no sign of anything.”

Prior to his arrest, police had said Weber might be traveling east, armed with at least one handgun.

Ard says Theriot had one prior run-in with police in Livingston Parrish, for “misdemeanor simple possession of drug paraphernalia.”