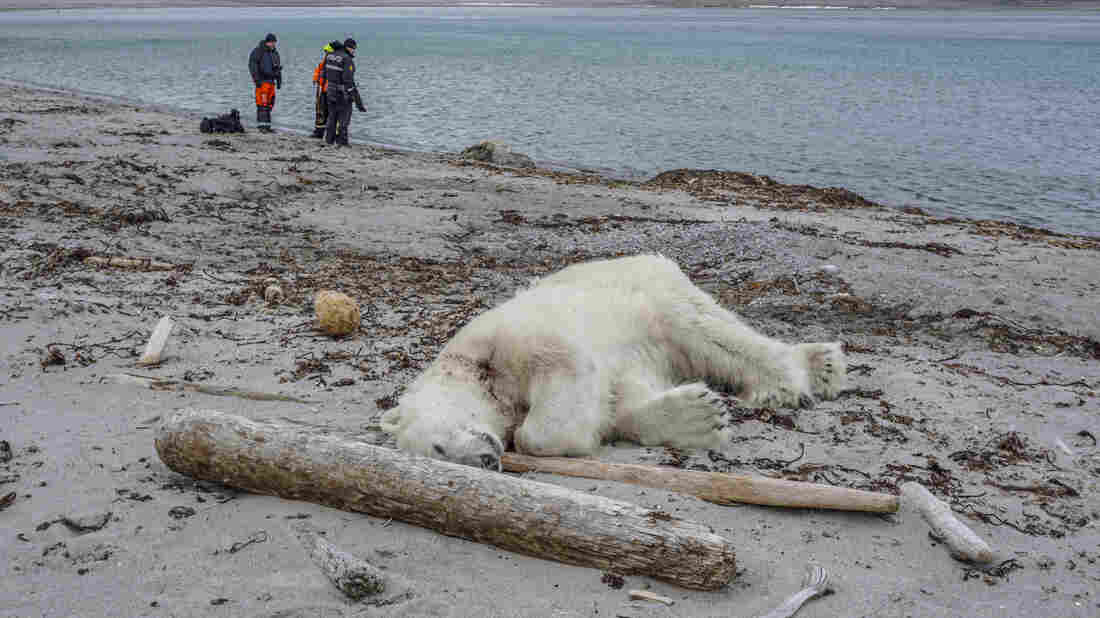 A polar bear attacked and injured a polar bear guard who was leading tourists off a cruise ship on the Svalbard archipelago between mainland Norway and the North Pole. The polar bear was shot dead by another employee, the cruise company said. Gustav Busch Arntsen/AP hide caption 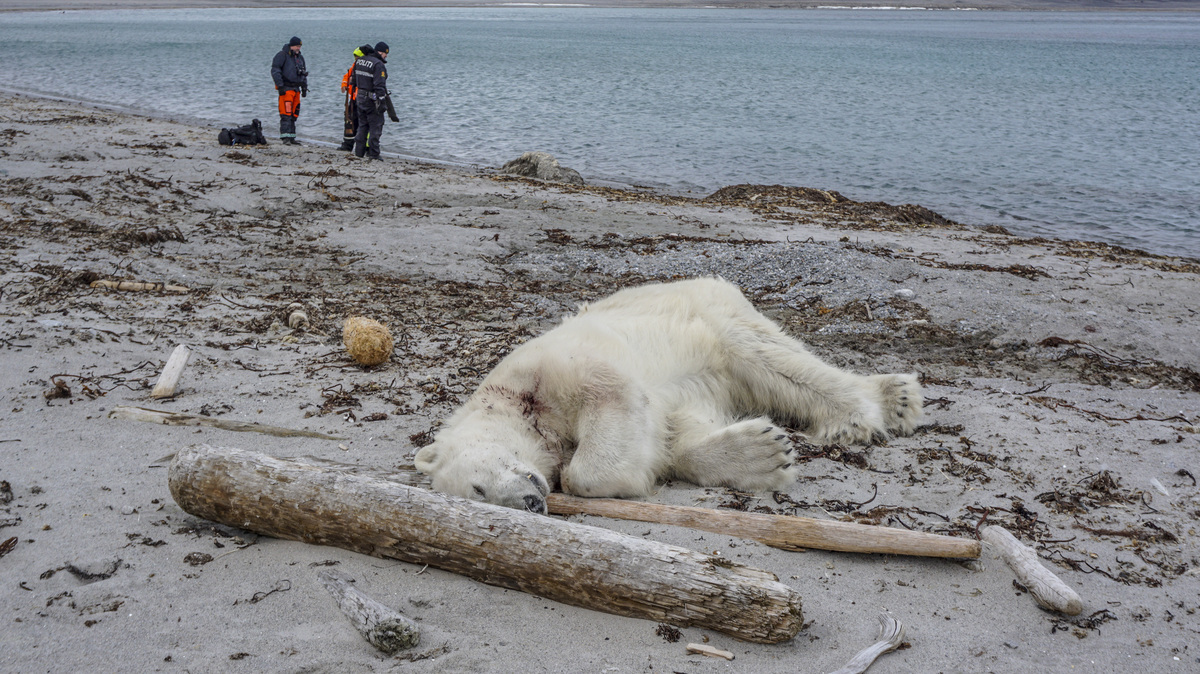 A polar bear attacked and injured a polar bear guard who was leading tourists off a cruise ship on the Svalbard archipelago between mainland Norway and the North Pole. The polar bear was shot dead by another employee, the cruise company said.

A photograph shows a polar bear lying lifeless on a beach; mouth slightly agape, a ring of blood on its neck.

Norwegian authorities confirmed the bear was shot and killed on Saturday.

It happened on the northernmost island of Svalbard archipelago, a region between mainland Norway and the North Pole known for polar bears and ice caps. In recent years, the area has become a popular destination for arctic tourism, especially during the summer months.

On Saturday, the MS Bremen cruise ship landed on the island and polar bear guards went ashore to survey the land. Then a polar bear unexpectedly attacked one of the guards, a spokesperson for the ship operator Hapag-Lloyd Cruises told The Associated Press, and “in an act of self defense” another guard shot the polar bear.

A helicopter brought the injured guard to the nearby town of Longyearbyen on Spitsbergen island. Hapag-Lloyd Cruises spokesperson Negar Etminan said he suffered head injuries but they were non-life threatening.

“He was flown out, was responsive, and is currently undergoing medical treatment,” Etminan said to The Associated Press.

According to the cruise company, all ships travelling in the northern region are required to employ polar bear guards to protect passengers on sightseeing tours.

The company issued a statement apologizing for the incident and saying ” Hapag-Lloyd Cruises very aware of its responsibility when travelling in environmentally-sensitive areas and respects all nature and wildlife.”

The statement goes on:

“Landings are possible only in a few places; these are not there to serve the purpose of polar bear observation, on the contrary: polar bears are only observed from aboard ships, from a safe distance. To prepare for a shore leave, the polar bear guards go ashore in advance after sighting the landing site as a group and without passengers. They then set up a land station and check the area again to make sure that there are no polar bears in sight. As soon as such an animal approaches, the shore leave would be stopped immediately.”

Reaction to the death of this polar bear has been swift.

On Twitter, there’s been outrage over human intrusion of the polar bear’s natural habitat. Some are saying it was a needless death of a vulnerable animal and that tourists shouldn’t have been there in the first place.

Polar bear attacks in the arctic Svalbard archipelago are not uncommon. As NPR reported in 2011, a polar bear attacked a group of British tourists, killing one person and injuring four others. The group then shot and killed the bear.