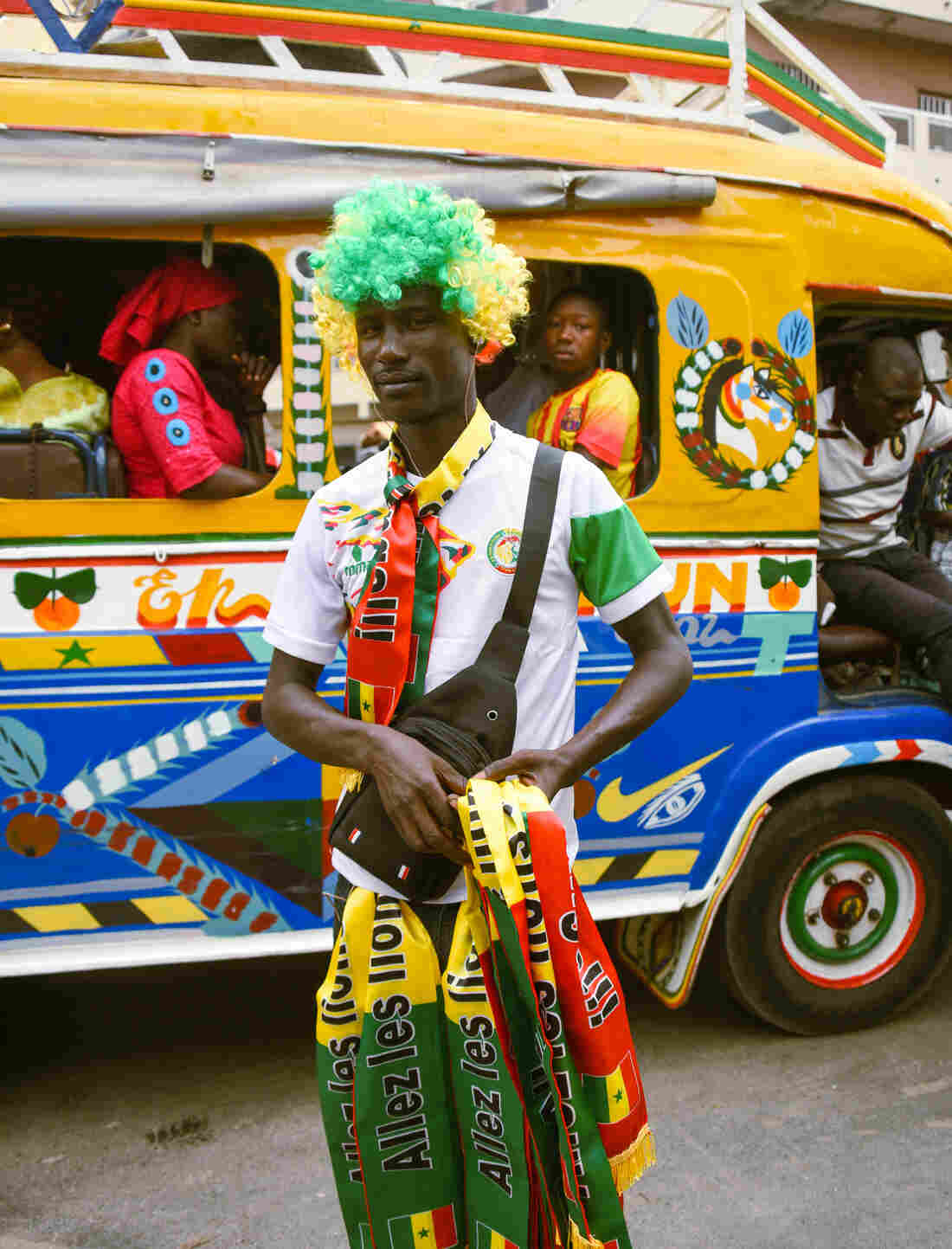 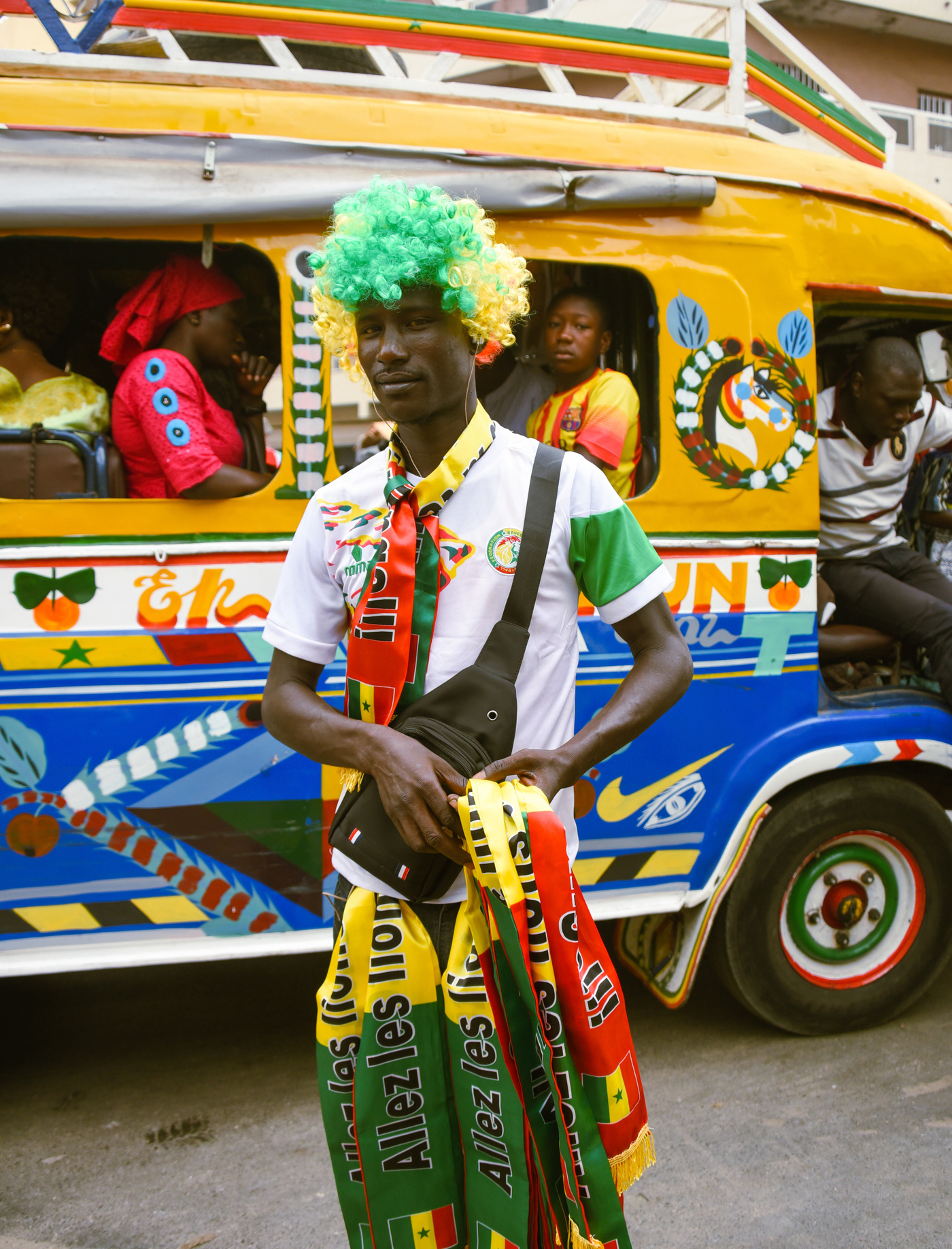 Despite the cloudy skies that have been looming over Senegal’s seaside capital of Dakar the past few days, there is plenty of sunshine in the streets.

The country’s national colors, yellow, green and red, can be spotted all over the city as part of growing enthusiasm over the national team’s World Cup hopes. The excitement is building as the Lions of Teranga head into their second World Cup match this weekend after their 2-1 win over Poland in Moscow on Tuesday.

Residents beat drums, danced and waved flags in the streets to celebrate their triumph over a team that ranked tenth in the world ahead of the tournament. (Senegal’s ranked at number 27.)

As Sunday’s game against Japan approaches, eager young men play football on sandy makeshift pitches along Dakar’s coastline, where they share their hopes for this year’s World Cup. 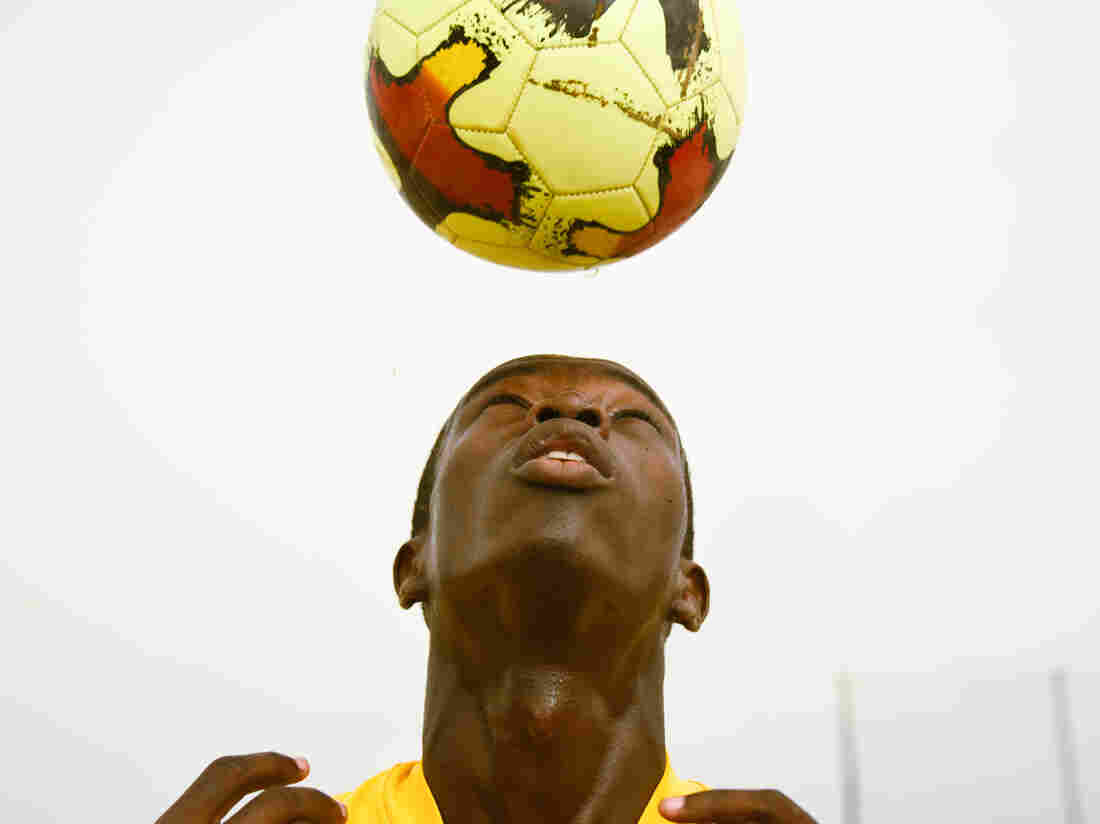 Sylvestre Ndione, a 23-year-old philosophy student at the University of Dakar, plays soccer with his friends on a beach. Ricci Shryock for NPR hide caption 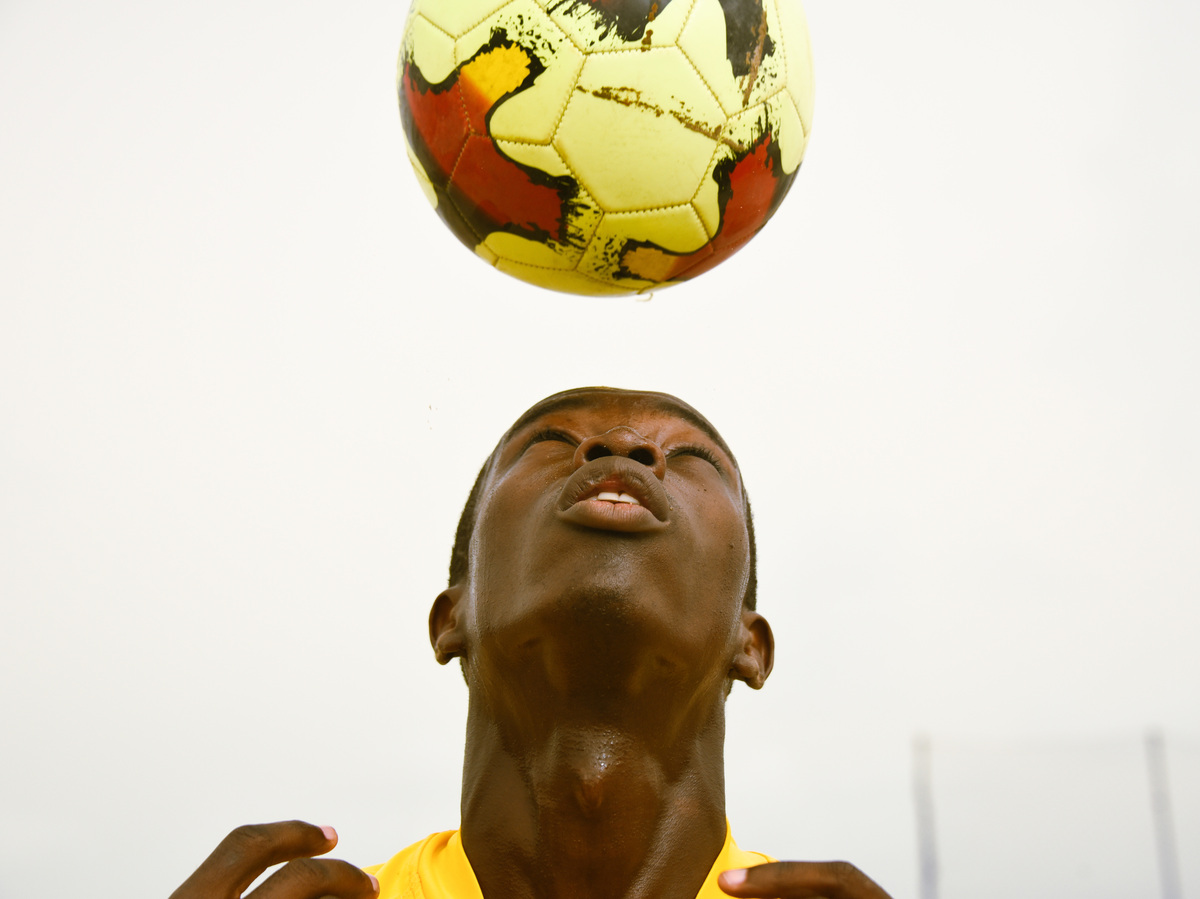 Sylvestre Ndione, a 23-year-old philosophy student at the University of Dakar, plays soccer with his friends on a beach.

Sylvestre Ndione is a 23-year-old philosophy student at the University of Dakar. His favorite thinker is Immanuel Kant, but his favorite Senegalese football player is Alfred N’Diaye, a defensive midfielder.

“He really impressed me. Everyone says he was not good. Now he has shown that everyone was mistaken about his talent,” says Ndione, between kicking the football around with friends.

“The atmosphere in Senegal is perfect,” he adds. “We have waited 16 years since last going to the World Cup. You see Senegalese jerseys everywhere. Everyone has bought one, and that makes me happy.” Another person who is happy with all the jersey–buying is Mame Fatou Dieng, who sells uniforms, T-shirts, flags and other Team Senegal paraphernalia in Dakar’s Sandaga Market.

Normally the busy outdoor market is full of stalls and vendors hawking dashikis, drums, local art and more. Since the tournament started, it’s now the place to get all kinds of regalia a Senegal fan might need or want, from wigs featuring the national colors to jerseys with the name of a favorite player.

“It’s good that Senegal [is participating in the World Cup], because a lot of people around the world don’t know Senegal. We’re a country that is open for foreigners to come and visit,” says Dieng. As she speaks, her husband holds their daughter, Awa, who plays underneath a pennant that says “Allez Les Lions” — “go Lions” in French.

If more tourists came, then her business would hopefully boom, says Dieng. She pins a Senegalese flag on this photographer’s shirt. Down the street from Dieng’s stall, Souleymane is also peddling World Cup merchandise. His hands are full of freshly printed photographs of the national team that he sells to anyone willing to bargain. Sadio Mané is his best-selling player, he says, with M’Baye Niang also a popular choice.

While his right arm is loaded with World Cup football pictures, his left arm is weighed down with photos he sells of the country’s revered religious leaders, such as Cheikh Amadou Bamba. The leaders have saint-like status in Senegalese Muslim sects, and while Souleymane acknowledges the football players are revered as well, he is quick to distinguish that the players, too, are followers of Bamba.

“They are all his disciples. Sport is sport. And religion is religion,” he says.

No matter which religion players and fans follow, Senegal supporter Daouda Seck, a elderly passerby on the street, insists that everyone can find common ground by rallying behind the national team.

“Football brings people together,” he says. “It’s a phenomenon that rallies citizens behind the same vision. We are united, because we have the same conviction. The hearts come together.”

While hopes are high, some fans are hesitant to get too excited. Pierre, a schoolteacher, works out on the beach while wearing a national team cap on his head. He says he’s not so sure that this year’s team is as good as the 2002 group that made it to the World Cup quarter finals. That team won Senegal’s first-ever World Cup match by beating France in their opener, an upset that resonated deeply in the former French colony.

“We want the good moment to come back,” he says. “The ambiance then was even better, because it was our first time in the World Cup. But the more we advance, the more people will be motivated and the mood will get even better.”

This year’s coach, Aliou Cissé, was a player on that 2002 team, and he himself has become somewhat of an Internet sensation after this year’s first match, when some of his stylized celebrations — including an understated fist pump and hand gestures that resembled tiger clawing — went viral.

Much more than a meme, Cissé, is a symbol of pride for Senegal. He is both the tournament’s youngest coach as well as its only black coach.

“I’m certain that one day an African team, an African country, will win the World Cup,” Cissé told the press this week.

Senegalese fans hope that this day is sooner than later — even maybe this July.

Ricci Shryock is a freelance photographer and journalist based in Dakar, Senegal. Follow her on Instagram at @ricci_s.