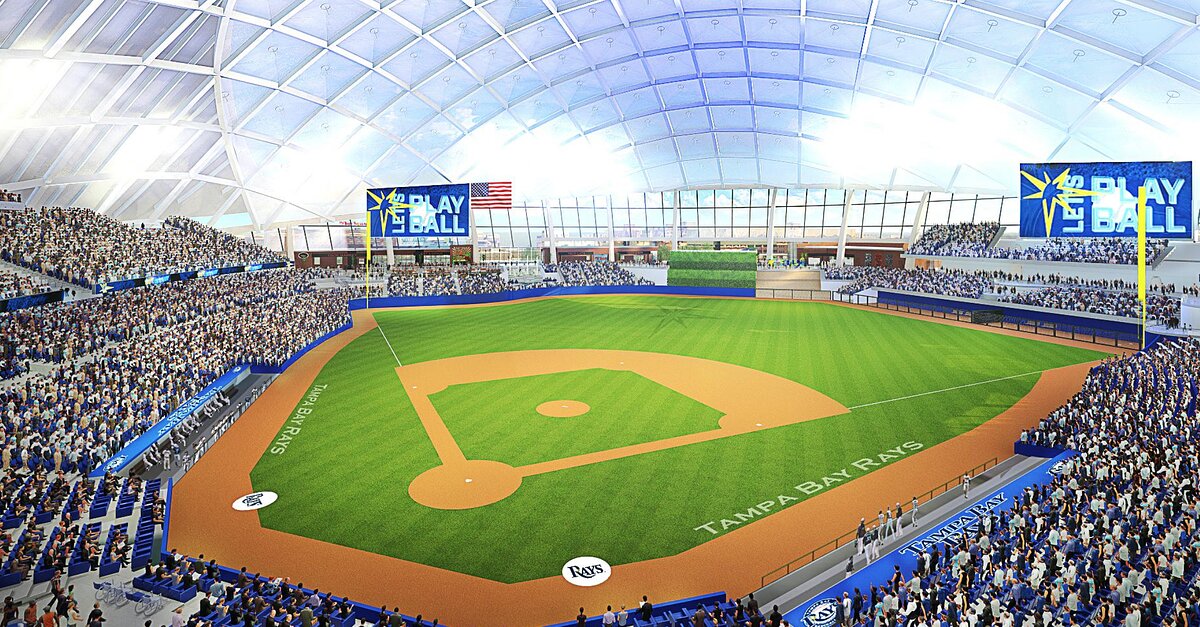 The Rays’ proposed new stadium would have a fixed translucent roof.

The Tampa Bay Rays have unveiled plans for their proposed new stadium in Tampa.

The team presented renderings of their plans in a press conference on Tuesday. The structure will feature a fixed translucent roof with sliding glass walls that open completely. Other features include patio and fountain seating, according to Marc Topkin of the Tampa Bay Times.

The stadium project is estimated to cost $892 million. The roof would cost $240 million in that total, according to Topkin.

“It is not just a ballpark, its a community asset,” Rays senior vice president Melanie Lenz said.

The new stadium would have 28,216 fixed seats and a capacity of 30,842, making it the smallest ballpark in MLB, reports Topkin. The upper deck seats would only stretch as far as the bases.

Check out some of the photos below:

The proposed stadium would be located in Ybor City, a Tampa neighborhood. The Rays first announced their plans to move their ballpark to Tampa in February.

They currently play at Tropicana Field, which is across the Tampa Bay in St. Petersburg.