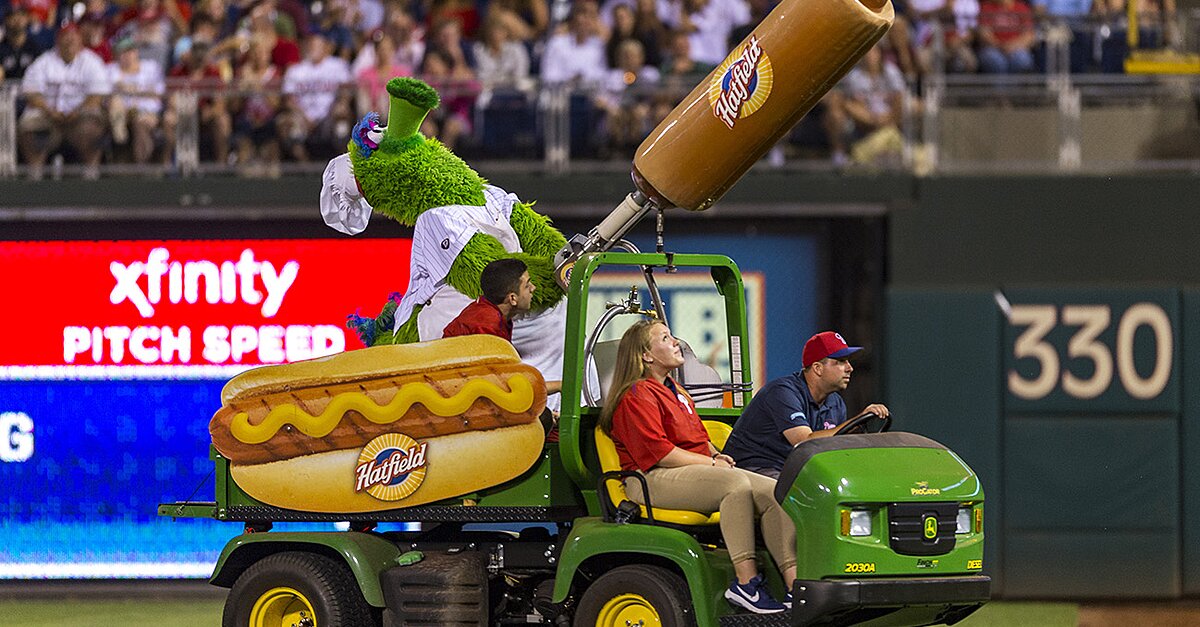 Kathy McVay was sitting behind home plate when she got hit between the eyes with a hot dog from Phanatic’s cannon, according to Philadelphia 6ABC. McVay had a shoulder injury, so she wasn’t able to catch or deflect the dog.

“It just came out of nowhere. And hard,” she said.

She went to the emergency room that night to make sure she didn’t suffer a concussion. The fan did end up with a small hematoma in her eye, and bruises on her face.

McVay said she loves the Phillies and doesn’t plan on pursuing legal action. The team has reached out to apologize.

Plus McVay is taking it in stride, syaing if it “makes somebody chuckle, then that’s fine.”