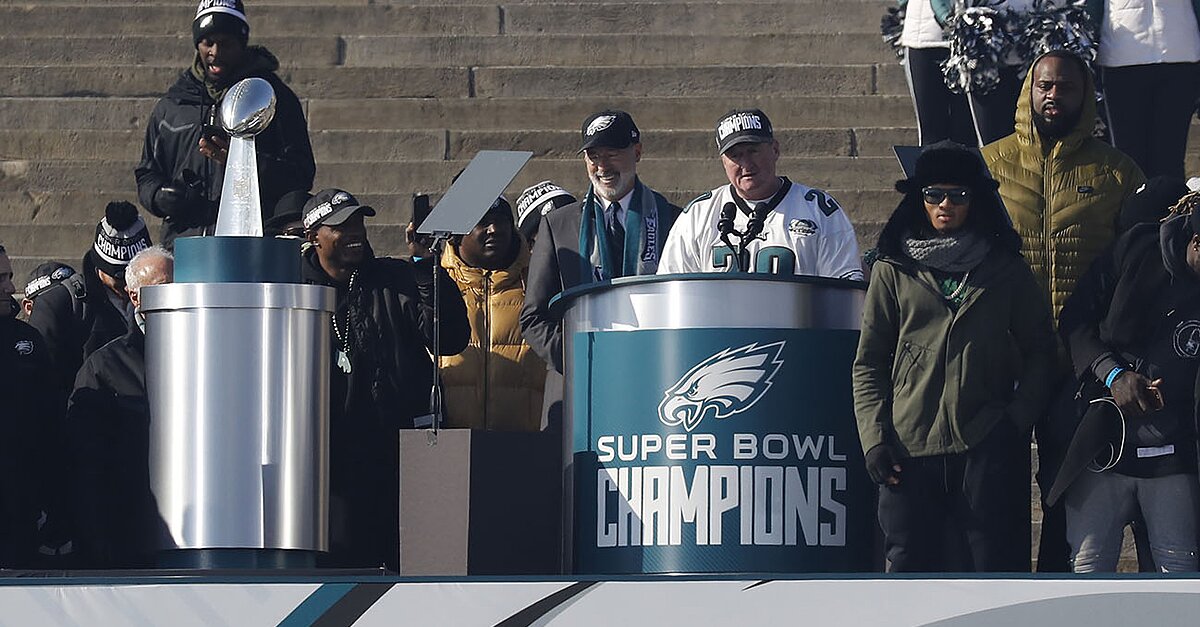 Philadelphia mayor Jim Kenney said Donald Trump “is not a true patriot,” after he uninvited the Eagles from their White House visit.

On Monday, the Philadelphia Eagles were uninvited from the White House by Donald Trump in response to so many members of the team planning on skipping the visit.

In a statement about his decision to revoke the invite, Trump mentioned the fans who planned to attend the event and said they “deserve better” than the “smaller delegation” the Eagles planned on sending.

Philadelphia mayor Jim Kenney responded to Trump’s decision by inviting the Eagles to City Hall and questioning the president’s patriotism.

The Eagles call the birthplace of democracy home, so it’s no surprise that this team embodies everything that makes our country and our city great. Their athletic accomplishments on the field led to an historic victory this year. Fans all across the country rallied behind them because we like to root for the underdog and we feel joy when we see the underdogs finally win. I’m equally proud of the Eagles’ activism off the field. These are players who stand up for the causes they believe in and who contribute in meaningful ways to their community. They represent the diversity of our nation—a nation in which we are free to express our opinions.

Disinviting them from the White House only proves that our President is not a true patriot, but a fragile egomaniac obsessed with crowd size and afraid of the embarrassment of throwing a party to which no one wants to attend.

City Hall is always open for a celebration.

The Eagles also released a statement saying they are “truly grateful for all of the support” the team has received and the squad looks forward to preparing for the 2018 season.