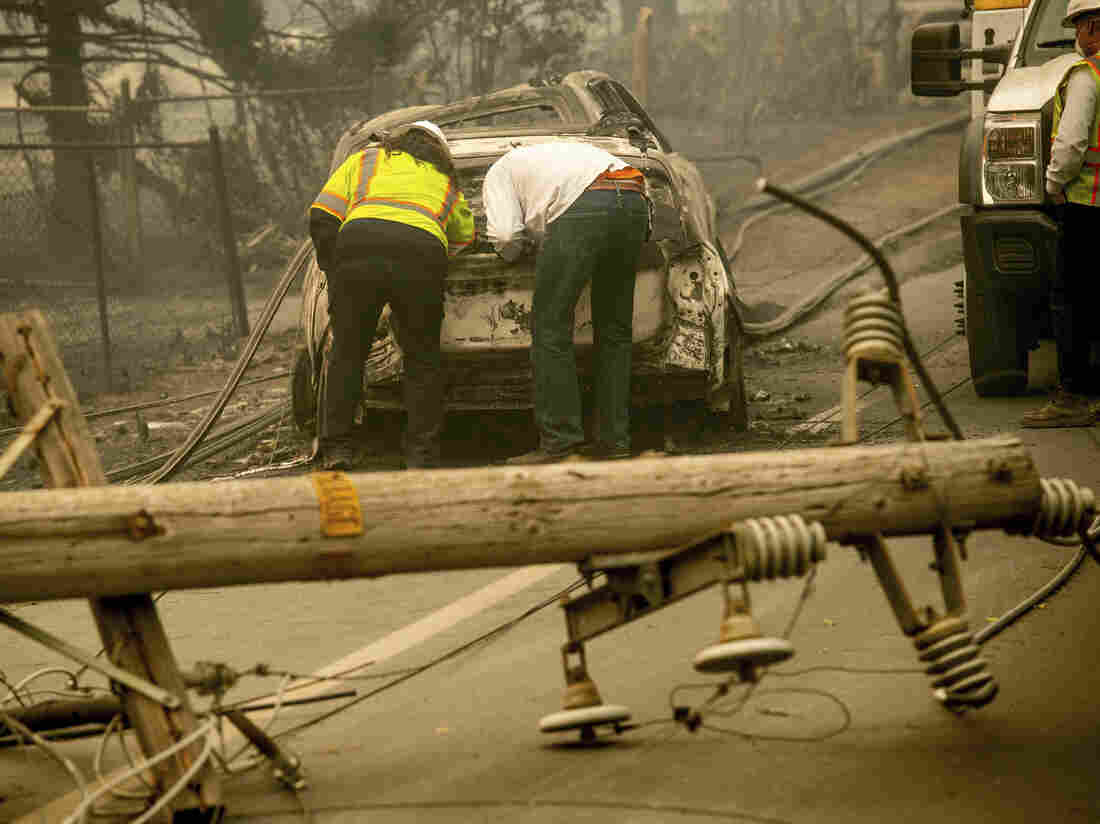 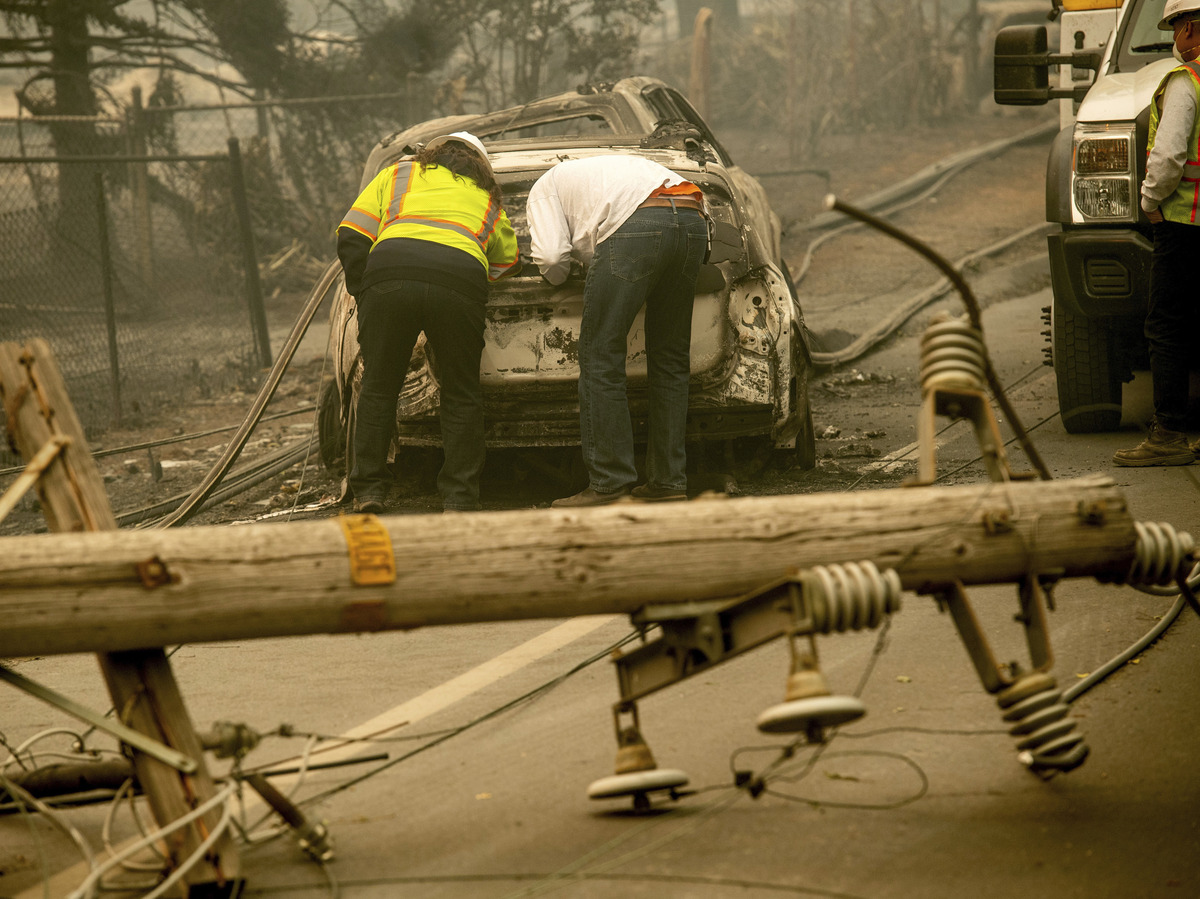 With a downed power utility pole in the foreground, residents of Paradise, Calif., examine a burned-out vehicle destroyed by last year’s wildfire.

Attorneys for utility giant Pacific Gas and Electric say a federal court proposal to require the company to enact a major fire-prevention program could cost as much as $150 billion dollars and the removal of 100 million trees from Northern California.

Two weeks ago, Judge William Alsup proposed ordering the utility to inspect its entire electric grid — almost 100,000 miles of power lines — to determine the safety of that system and “remove or trim all trees that could fall onto its power lines” to minimize the risk that a dangerous wildfire would be ignited.

In a court filing Wednesday, the attorneys said the company “agrees with the Court that the status quo is unacceptable” and that it is “committed to working aggressively and expeditiously with state and federal officials on system maintenance and upgrades and on wildfire mitigation efforts.”

“But the path forward to mitigating wildfire risk is best designed not through probation conditions, but rather through careful coordination with state and federal regulators, after appropriate consultation with other interested parties, based on the best science and engineering advice, with policy analysis that accounts for the full range of important but often conflicting social goals,” the attorneys argued.

Alsup’s proposed order also would impinge on the authority of the California Public Utilities Commission and the Federal Energy Regulatory Commission which oversee high-power transmission lines, according to the filing.

Instead the attorneys say the company is already working on wildfire safety and “does not object to” working with a court-appointed monitor to review and monitor its progress.

In a separate filing, the U.S. Attorney’s office in San Francisco also expressed doubts about the judge’s proposal.

The judge issued his proposed order as part of his supervision of the company’s probation related to its conviction for violating pipeline safety laws that led to the deadly gas explosion in San Bruno, Calif., in 2010.

PG&E announced last week that it intends to file for bankruptcy protection after determining that it is potentially liable for as much as $30 billion related to the California wildfires of 2017 and 2018.

The judge has scheduled a hearing on his proposals set for Jan. 30.