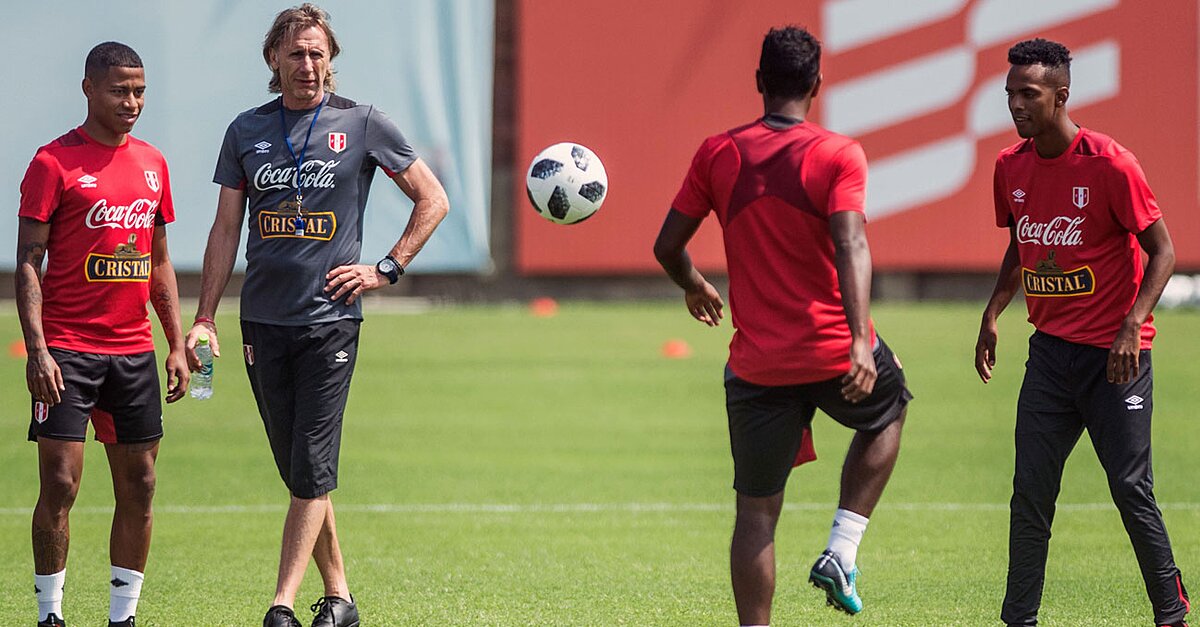 There is no doubt that Paolo Guerrero’s absence from the national team is a dark cloud that hovers over Peru’s joyous return to the World Cup after a 36-year absence. The captain and inspirational leader is such pivotal figure that his suspension, enforced by the Court of Arbitration for Sport over a positive test for benzoylecgonine, and everything else that has transpired since then created an emotional rollercoaster for every Peruvian who followed the story closely.

From a tactical perspective on the field, it would be preposterous to suggest that Ricardo Gareca’s squad is stronger without the country’s greatest goalscorer. The striker demands so much attention from opposing center backs that Peru is often able to capitalize on acres of space from both wings. He holds the ball for his team better than most European-based strikers, and aside from Poland’s Robert Lewandowski, there might not be a better No. 9 in the air than Guerrero.

Psychologically, he is also extremely valuable. When he plays, every teammate knows his role, as Guerrero’s presence as the main target man breeds confidence throughout the squad, and he projects strength and belief.

But throughout the adversity and the telenovela-esque storylines that have surfaced throughout this Guerrero saga, the biggest issue has been the lack of support for the other members of La Blanquirroja.

As a result, Peru might just be one of the most underrated teams heading to Russia. It may not be as strong without its captain, but it’s still a strong squad.

“Paolo is an incredible player, an idol, but our story continues, we have to represent the nation, we must represent the country to the best of our ability,” Gareca said at a press conference earlier this month. “We will be ready for whatever comes our way and we will solve every obstacle.”

At the time, the point of the conference’s main objective was to discuss Peru’s provisional squad, but it ended up being a rallying cry from the head coach, demanding unity and stability. By the end of his presser, reporters stood up and applauded as the country was reminded that no matter the outcome in Russia, Peru is in good hands.

So what can we expect from a Guerrero-less side in Russia?

Something worth mentioning about Peru’s tactics, especially since the intercontinental playoff against New Zealand, is that Gareca doesn’t prioritize talent over strategy, so his lineup could very well change against each opponent in Group C. There is no defined starting XI. The tactics required to beat a given opponent can differ, and so, too, can the personnel called upon to deliver.

Against Croatia in a March friendly, for example, the top priority was to minimize the midfield threat led by Luka Modric and Ivan Rakitic. In the end, Renato Tapia gave a man-of-the-match performance for achieving the task. He was Peru’s most important player in a 2-0 triumph.

Against Iceland in the same FIFA window, the intent was to minimize the aerial threat and aggressively exploit the wide areas, knowing full well that the opponent’s fullbacks were not as quick to be able to track Andre Carillo, Christian Cueva, Raul Ruidiaz or Paolo Hurtado. Each one kept switching his position in order to further confuse Heimir Hallgrímsson’s team. The end result was a 3-1 win, and each goal scored by Peru was due to this strategy.

The main point to take away is that Peru, which hasn’t lost in 12 matches since a November 2016 setback vs. Brazil (8-0-4), has a deeper squad than most presume. More importantly, it is a willing squad that has unconditionally bought into Gareca’s system. The head coach has created an environment where the individual is secondary to the team, and each player knows his role.

Against Croatia and Iceland, it was clear to see how Peru intends to play without Guerrero. And these next two weeks, as it prepares for friendlies against Scotland, Saudi Arabia and Sweden, the coaching staff will have an even better understanding of its overall attacking capabilities. Players such as Cueva, Carrillo, Ruidiaz, Andy Polo and Edison Flores will all share the responsibility of creating opportunities in the final third.

As for Guerrero’s more direct replacement? The rejuvenated 33-year-old Jefferson Farfán, fresh from winning the Russian league with Lokomotiv Moscow, is more than ready for the task. Farfán is naturally an indented right-winger, but as we saw against New Zealand, his presence as a No. 9 and his ability to mentor this young squad have been invaluable.

Group C in Russia will not be simple by any means. Peru will have its hands full dealing with the likes of Denmark and playmaker Christian Eriksen, Australia’s overall aerial threat and France’s star-studded cast, which is a clear favorite to win the group and a contender to win it all. But for each of those opponents, underestimating La Blanquirroja and Gareca’s tactical mind would be a mistake.

During the aforementioned press conference, Gareca ended his speech by stating that no one has a crystal ball that can predict Peru’s fate in Russia. But he wanted to also remind everyone once of one final fact: Peru is more than ready to compete without its emotional and on-field leader.